From Internet Movie Firearms Database - Guns in Movies, TV and Video Games
(Redirected from The Matador)
Jump to navigation Jump to search

The following weapons were used in the film The Matador: 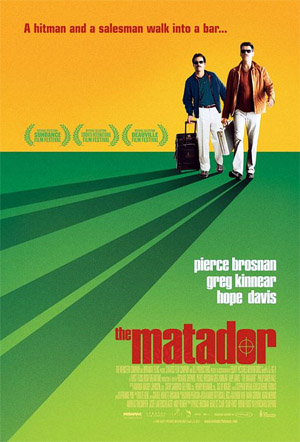 Julian Noble (Pierce Brosnan) uses several different Remington 700 AICS sniper rifles during his hits. These can be identified by the bolt shroud, and the bolt knob. Which would explain the cheap optics (you don't spend $5000 US on a rifle and then get a $200 US scope).

Julian opens up a case given to him by a courier to find his rifle. Note that in this shot the stock has a tan finish, but turns black once the weapon is assembled.

Julian prepares his AICS for the Budapest hit.

Julian finds his target through the scope of the AICS.

Julian's panic attack prevents him from taking the shot.

Julian takes aim with another AICS at the Tucson horse races.

Julian waits to get a clear shot.

The abandoned rifle after Julian fails the hit.

Julian shows Danny (Greg Kinnear) and Bean (Hope Davis) a third-generation Colt Detective Special that he keeps in an ankle holster, which Bean correctly identifies as a .38. 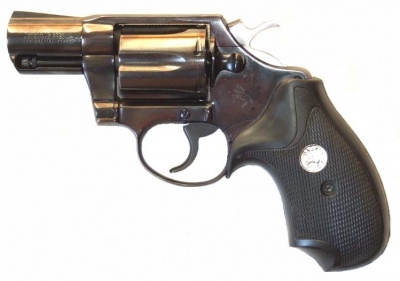 Julian reaches for his ankle holster.

Julian brandishes his revolver for Danny and Bean.

Julian is seen with a Daisy Model 93 air pistol while in Mexico. The pistol turns out to be a BB gun for an arcade game (despite its realistic resemblance to a Smith & Wesson semi-auto). 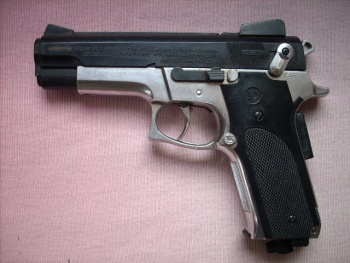