From Internet Movie Firearms Database - Guns in Movies, TV and Video Games
(Redirected from The Liquidator)
Jump to navigation Jump to search

The Liquidator (original title is Ликвидатор Likvidator) is a 2011 Kazakhstan action triller.

The following weapons were used in the film The Liquidator:

Makarov PM is the personal firearm of the main hero Arsen (Berik Aitzhanov). During his service, his duty sidearm is a Makarov PM with black grips. Later, he changes it to another Makarov PM with brown grips and uses it until the film's ending. Several other characters, including Viktor's bodyguard Gorilla (Daulet Abdygaporov) also use Makarov pistols.

Arsen (Berik Aitzhanov) puts his pistol on the table.

Security guard (uncredited) aims his pistol during the shootout.

Arsen (Berik Aitzhanov) aims his pistol during the last fight. 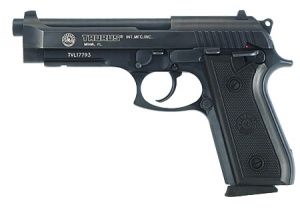 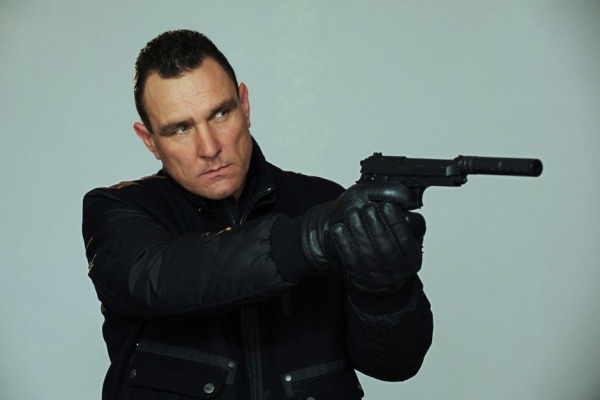 Walther PP is the second firearm of Killer (Vinnie Jones).

Berik (Aziz Beyshenaliev) (at the left) in ambush.

Pistol on the floor. 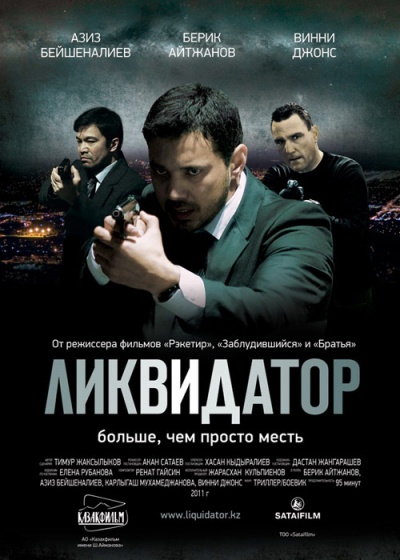 On the original film poster this pistol can be seen at the left.

AKS-74 rifles can be seen in the hands of several policeman and Arystan (Kazakh Special Forces) soldiers.

Soldier at the left.

One Arystan soldier carries a rifle that isn't seen very clearly, but the stock shape is similar to an AKMS (that has the most chance to appear in a Kazakh movie).

One Arystan soldier briefly uses an AK-74 at the film's climax.

Several Kazakh policemen use the 9A-91.

A the up left angle.

The first (and last) moment, when the shot of this gun isn't blured.

Sniper aims at the possible assassins.

Second sniper can be seen with VSK-94.