The Goat (original title La chèvre, another English title Knock on Wood) is a 1981 French adventure comedy directed by Francis Veber and starring Pierre Richard and Gérard Depardieu. This film started a series of Veber's movies with comedy duo Richard-Depardieu, continued by The ComDads (Les compères) (1983) and The Fugitives (Les Fugitifs) (1986).

La chèvre was remade in 1991 as Pure Luck, directed by Nadia Tass and starring Martin Short and Danny Glover.

The following weapons were used in the film The Goat (La chèvre): 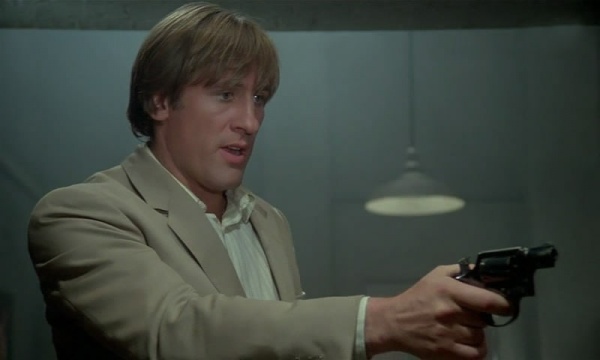 Campana aims his revolver during the scene in illegal gambling house. 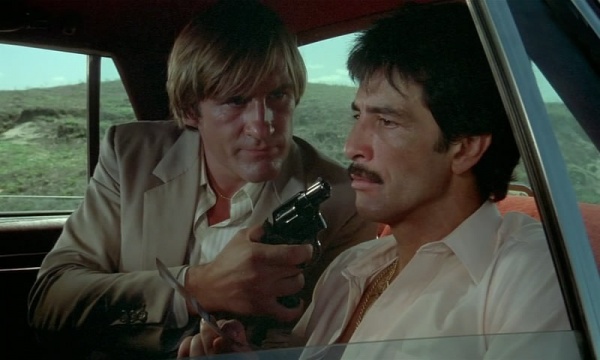 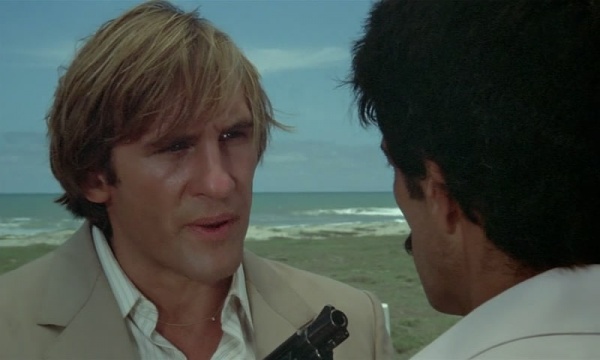 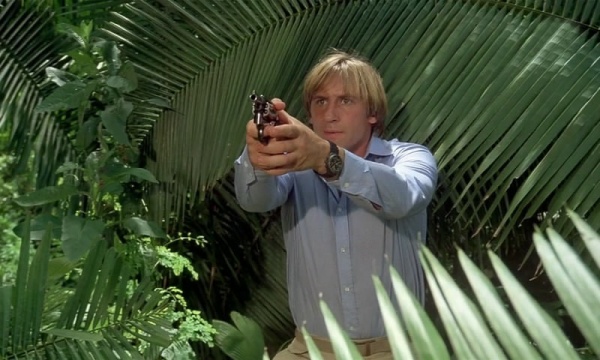 Campana aims his revolver. A 6-shot cylinder can be seen. 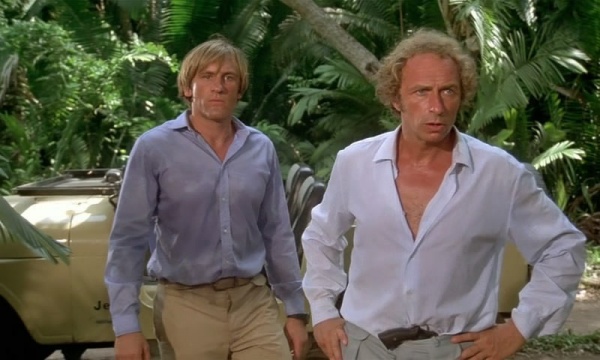 François Perrin carries the revolver. A grip can be seen. 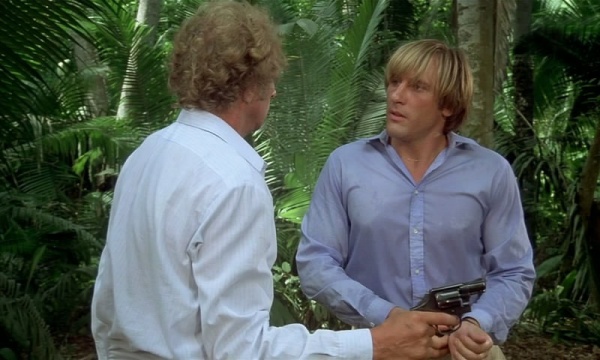 A Mexican police officer in Acapulco airport is armed with a revolver that appears to be a Colt Official Police. 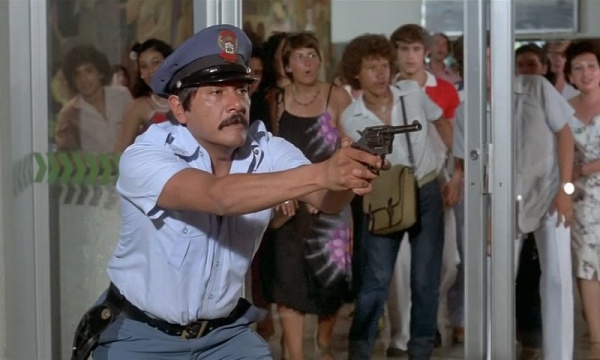 Note the lack of ejector rod.

During the arrest of Fernandes, the boss of illegal gambling house, Mexican police officers are seen with Smith & Wesson Model 10 revolvers. 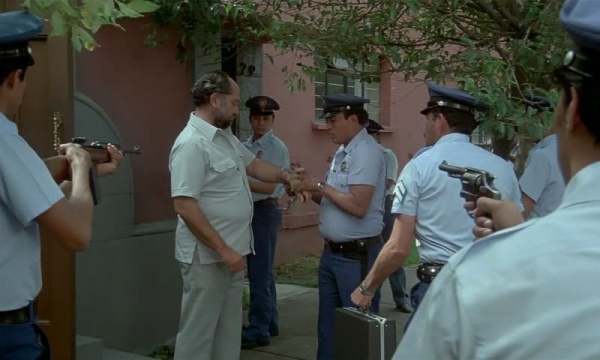 A police officer at the right holds a Model 10 revolver.

In the same scene one or more of Mexican police officers carry revolvers that appear to be Ruger Service Six. 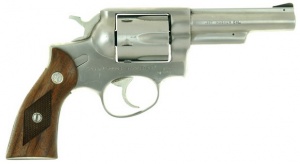 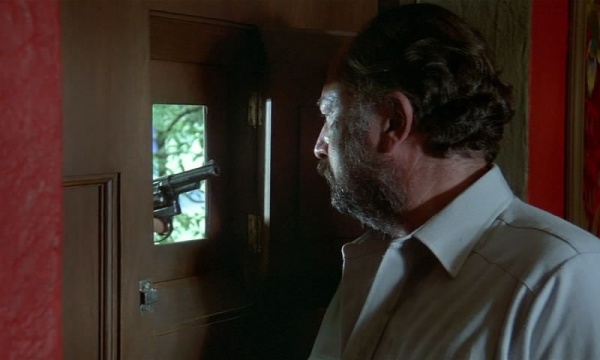 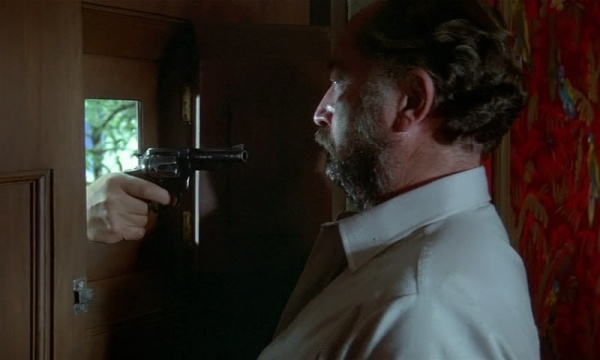 A police officer aims his revolver at Fernandes. 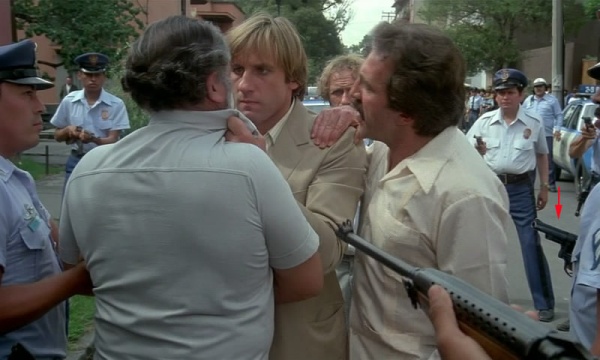 A Service Six is seen at the right.

In one scene a criminal is armed with a submachine gun. He fires from a car that moves at full speed so the gun is seen very blurry but its general shape, especially the barrel shroud, allows to make a guess that it is a Smith & Wesson 76. 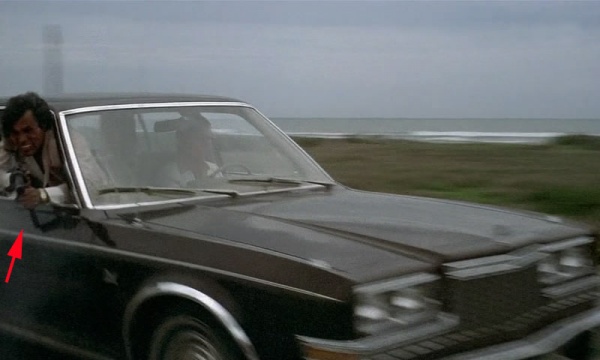 M1 Carbine with heat shield and 20 round magazine - .30 Carbine 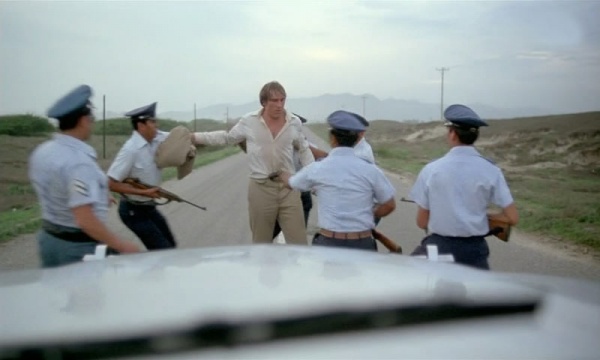 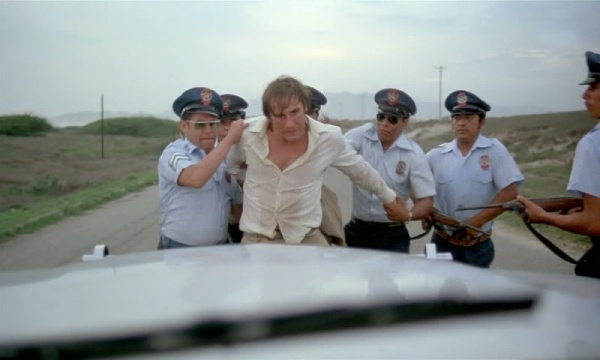 Mexican police arrest Campana (Gérard Depardieu). In this scene the carbines seem to be unloaded.

A police officer at the left holds an M1 Carbine with heat shield and 30-rounds magazine. 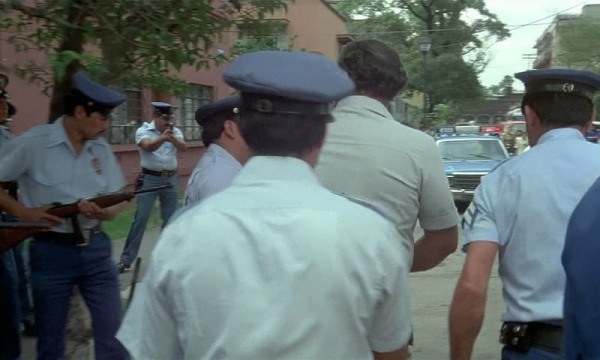 Another view at a police officer with M1 Carbine. 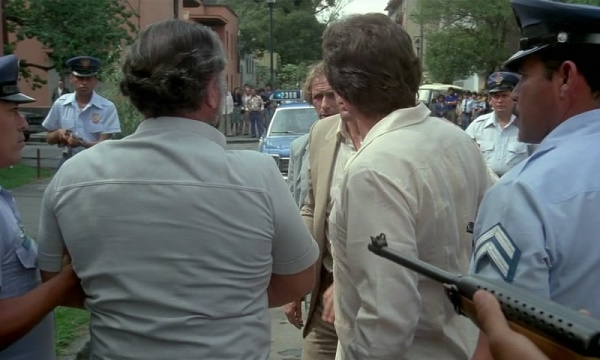 A close view of M1 Carbine with heat shield.
Retrieved from "https://www.imfdb.org/index.php?title=Goat_(La_chèvre),_The&oldid=1522571"
Categories: