From Internet Movie Firearms Database - Guns in Movies, TV and Video Games
(Redirected from The Four Feathers (1939))
Jump to navigation Jump to search 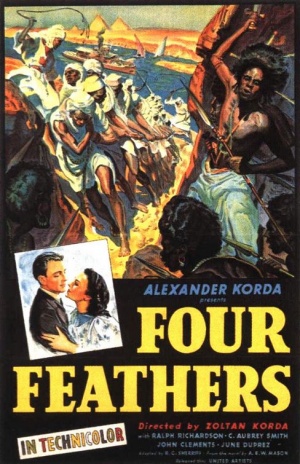 The Four Feathers is a 1939 feature film adaptation of A. E. W. Mason's 1902 novel of the same name. The film stars John Clements, Ralph Richardson, C. Aubrey Smith, and June Duprez. The production involved all three Korda brothers; Alexander as the producer, Zoltan as director, and Vincent in design. While it was the fourth of what would eventually be seven adaptations of The Four Feathers, the 1939 production is considered the definitive version. It was the only production to actually film in what was then Anglo-Egyptian Sudan, and many of the scenes were recycled for a 1955 low-budget shot-for-shot remake, Storm Over the Nile, which was directed by Terence Young (later famous for his James Bond movies) and produced by Zoltan Korda. Footage from the 1939 version were also reused for a 1977 television adaptation and the 1964 film East of Sudan.

The only handgun seen in the film is a Webley Mk V. Harry Faversham (John Clements) is seen with what is probably his former service weapon, while Captain John Durrance (Ralph Richardson) is seen using his in battle. 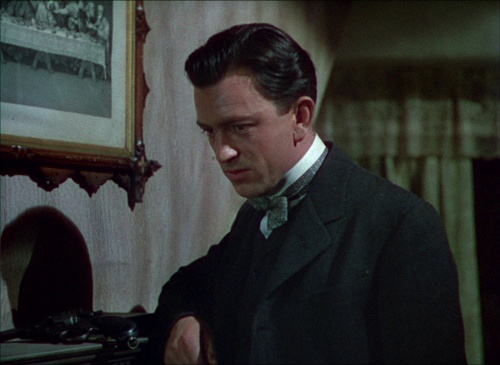 Harry Faversham next to his Webley. 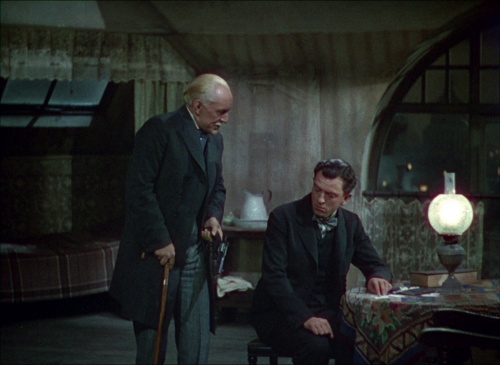 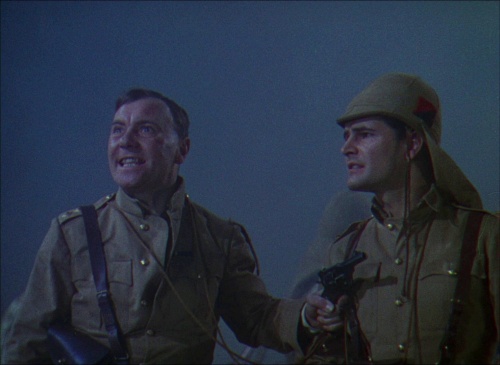 Captain Durrance with his Webley drawn in battle. 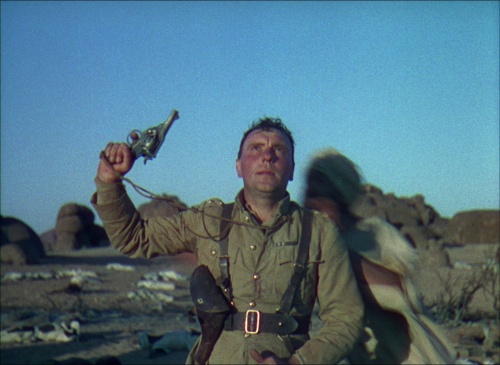 Durrance prepares to kill himself as a disguised Faversham rushes in to stop him. 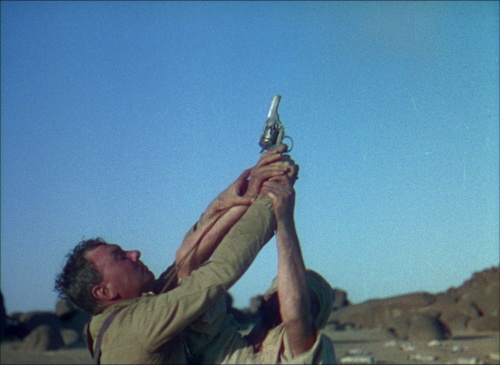 Durrance and Faversham struggle for the weapon.

British troops and some of the Mahdists are armed with Magazine Lee-Enfield rifles, which would've been correct for the time period. Some of them appear to be Charger Loading Lee-Enfields. 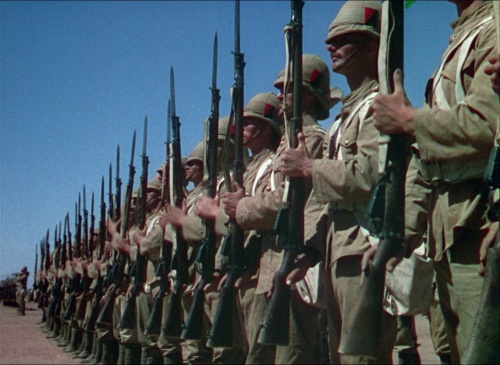 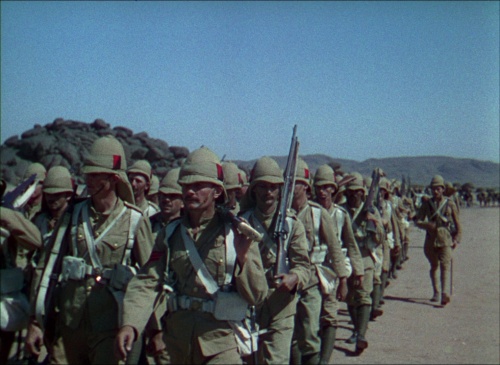 Unlike the 2002 version, British troops are accurately shown wearing khaki uniforms rather than red. 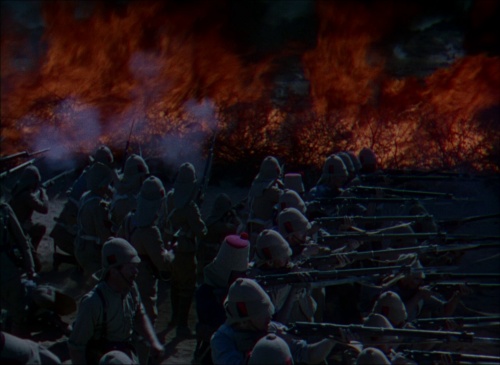 British and Egyptian troops with their Lee-Enfields. 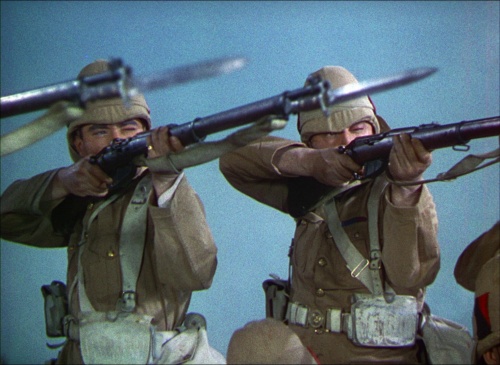 The rifle on the left is a Charger Loading Lee-Enfield. 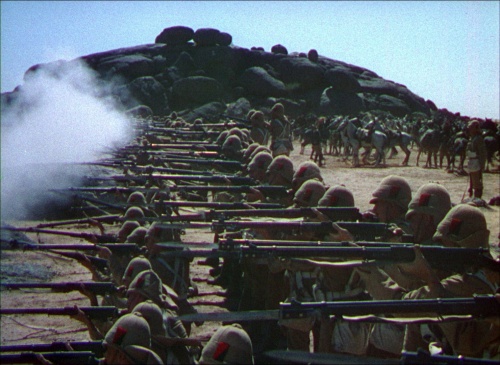 British troops open fire during the battle of Omdurman. Many of the extras were played by soldiers of the Royal East Kent Regiment (the Buffs.) 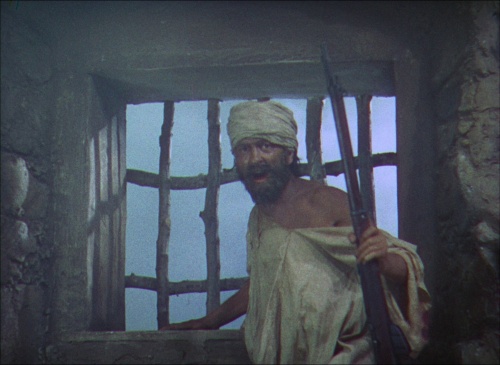 Harry Faversham with a Lee-Enfield. 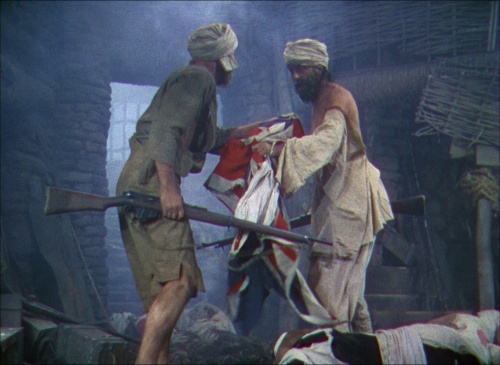 Some of the Egyptian troops and Mahdists are armed with Short Magazine Lee-Enfield rifles. These are anachronistic. 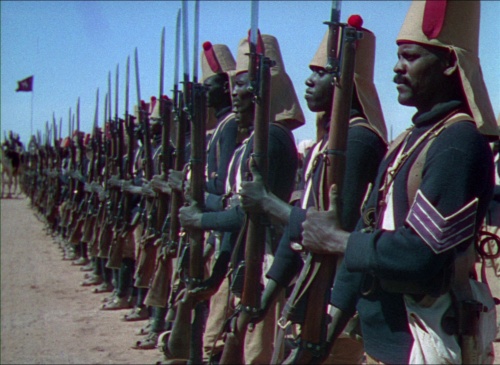 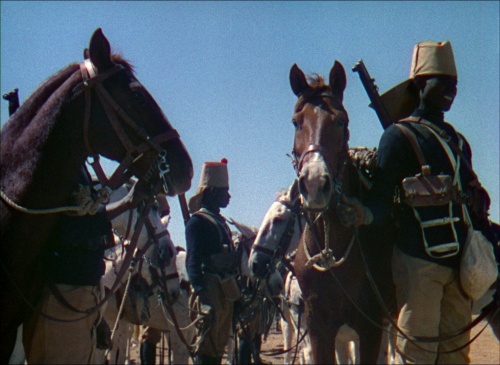 An Egyptian cavalry trooper or light horseman with his SMLE. 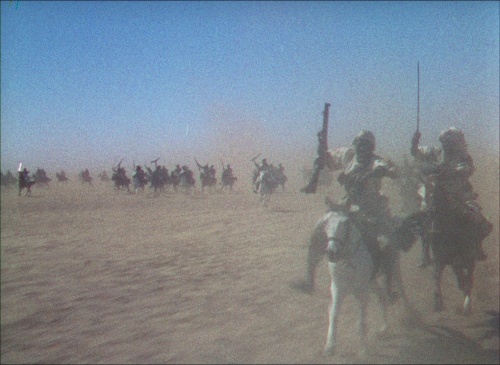 A Mahdist with an SMLE.

At least one Mahdist is seen armed with a Lee-Enfield Cavalry Carbine. It may just be a stunt prop. 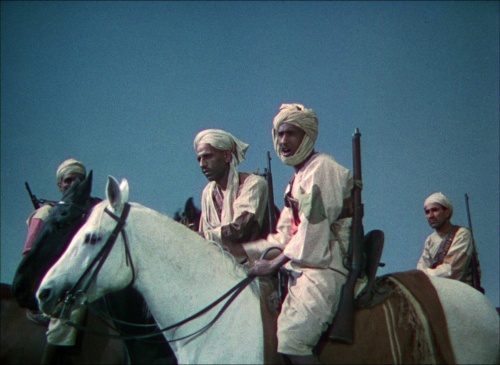 A mounted Mahdist with his carbine. 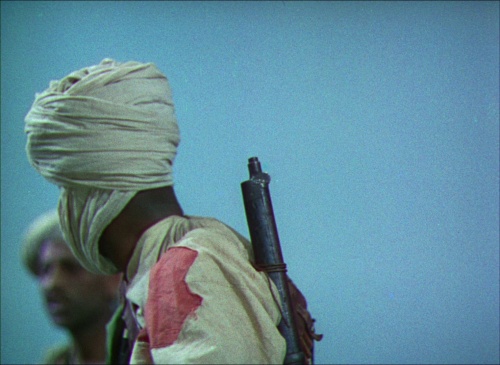 A closeup of the muzzle. It seems like it may be a fake.

Some of the Mahdists are seen with a Lee-Speed Sporter. 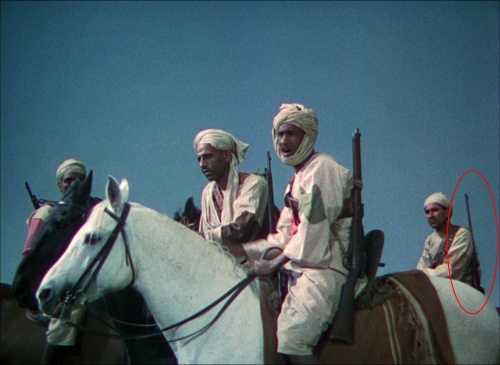 The mounted Mahdist on the right with his Lee-Speed. 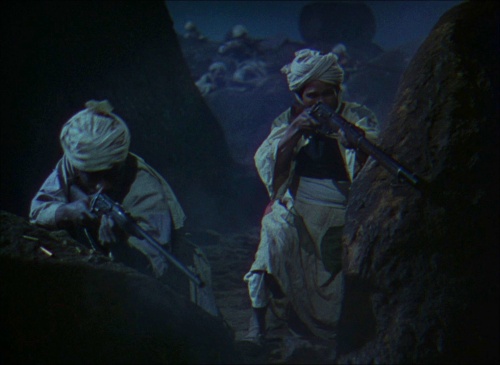 A Mahdist with his Lee-Speed in battle. 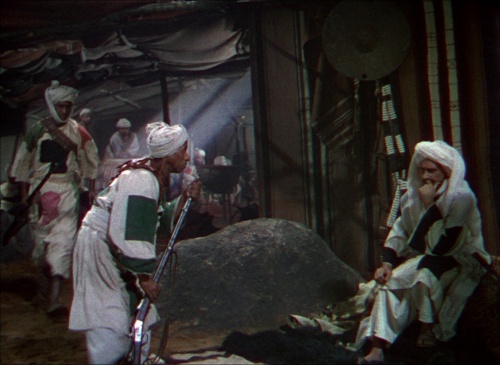 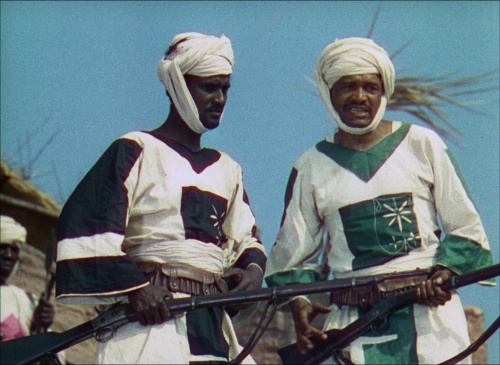 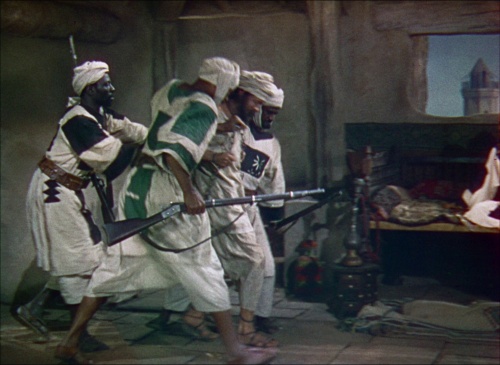 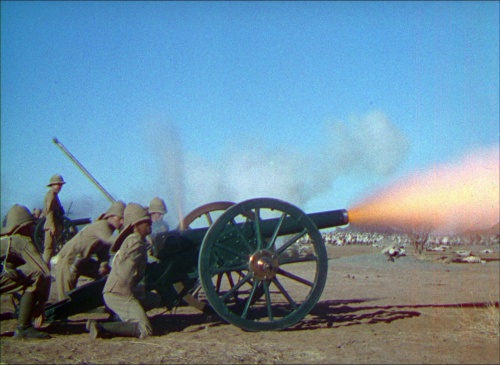 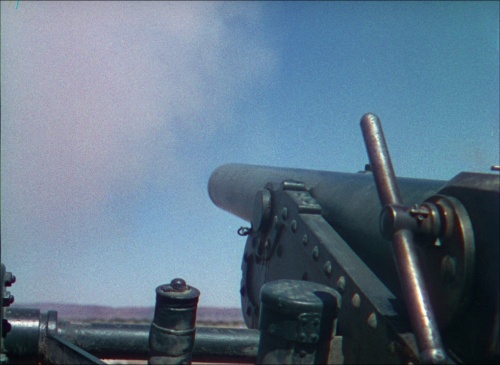 A former gunboat, the Melik, a real veteran of the conquest of Sudan, is seen in the movie. In 1926, the Melik was decommissioned and served as the clubhouse of the Blue Nile Sailing Club at Khartoum, so she didn't carry any weapons. For the set, the Melik was recommissioned, but it isn't known if the artillery pieces that were installed on the ship were real or mockups (the latter seems more likely). 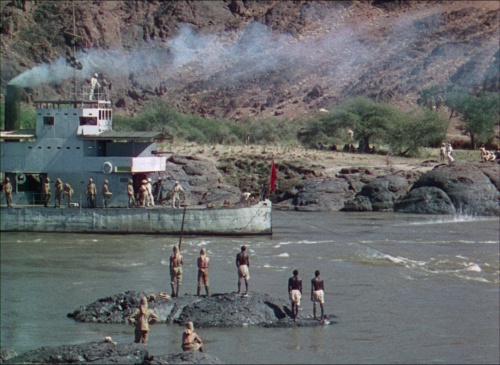 This may just be a mockup.