From Internet Movie Firearms Database - Guns in Movies, TV and Video Games
(Redirected from The English Patient)
Jump to navigation Jump to search

The English Patient is a 1996 movie directed by Anthony Minghella. Egypt, shortly before World War II: Hungarian Count László Almásy explores the desert as a member of the English Royal Geographic Society to create maps for the research projects of geographers and archaeologists. When he crashes his plane, he is picked up by an English convoy and nursed by the French Red Cross nurse Hana. Almásy barely survived the crash; his body, face burned beyond recognition, his internal organs badly affected. Almásy also suffers from amnesia. Hana decides to leave the convoy with Almásy in order to care for him in peace. They both settle down in a ruined monastery in Tuscany. They are joined by two close friends, British Army bomb disposal experts: the Sikh Kip and Hardy. Finally, the mysterious Caravaggio appears in the ruins, and Almásy meets him with suspicion, without Hana initially knowing why.

The following weapons were used in the film The English Patient:

A Luger P08 is pulled by a German soldier. Another Luger can be seen carried by Major Müller (Jürgen Prochnow) in his holster during an interrogation. 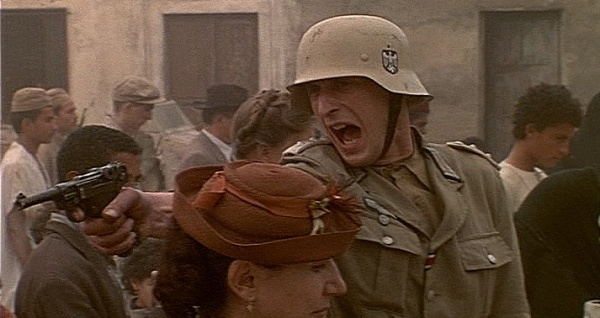 "Halt!"
The German soldier who could be a Leutnant (Lt.), according to the shoulder insignia points his Luger at Caravaggio (Willem Dafoe) among a crowd. 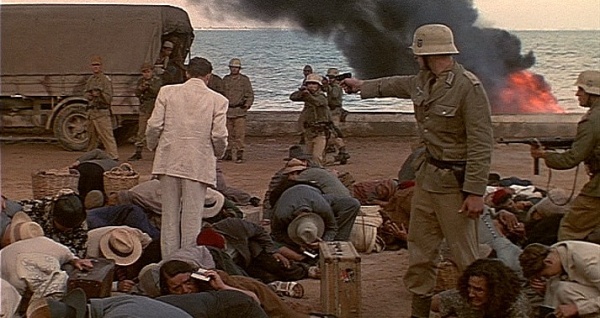 Soldiers of the British Empire and some Arabic Bedouins have Lee-Enfield No. 1 Mk III* rifles.

German soldiers are armed with the Karabiner 98k. 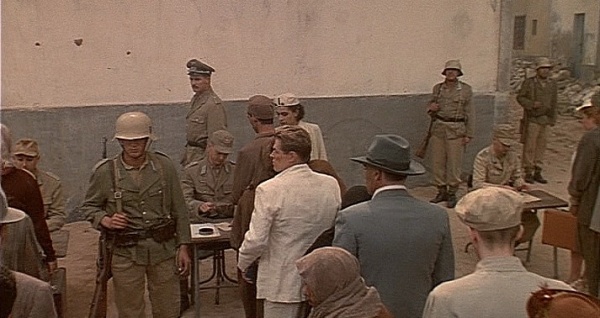 US soldiers are seen carrying the M1 Garand. 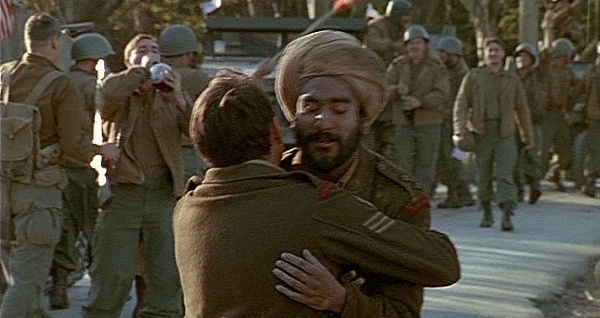 Some Bedouins are seen with slung 12 Gauge Double Barreled Shotguns.

A German 2 cm Flak 38 is briefly seen drawn by a truck.

After the fall of Tobruk, a British Archer Tank Destroyer standing in for a German tank is seen. It is equipped with an Ordnance QF 17-pounder anti-tank gun. 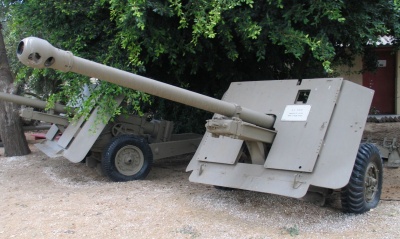 Some M4A2 Shermans equipped with coaxial Browning M1919A4 are seen at the end.