Dukes of Hazzard: The Beginning, The

From Internet Movie Firearms Database - Guns in Movies, TV and Video Games
(Redirected from The Dukes of Hazzard: The Beginning)
Jump to navigation Jump to search 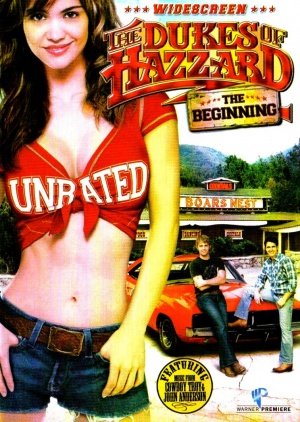 The Dukes of Hazzard: The Beginning is the 2007 direct to video prequel to the 2005 film adaptation of the 1979-1985 television series. The prequel (which also had an edited airing on the ABC Family Channel) shows the Duke brothers in their earlier days, which differs somewhat from the original series.

The following weapons were used in the film The Dukes of Hazzard: The Beginning:

Sheriff Rosco P. Coltrane (Harland Williams) carries a Smith & Wesson Model 686 throughout the film. Bo (Jonathan Bennett) briefly handles it, unloading it before handing it back to Rosco. 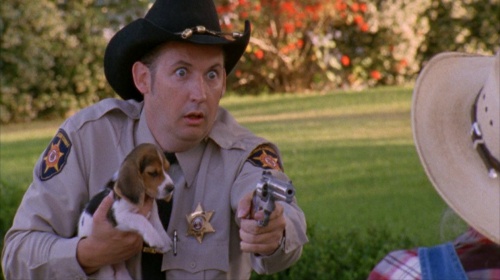 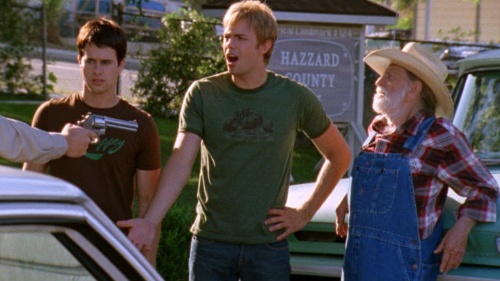 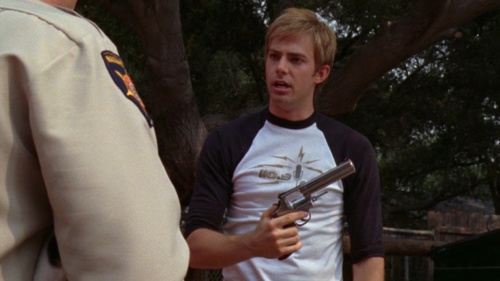 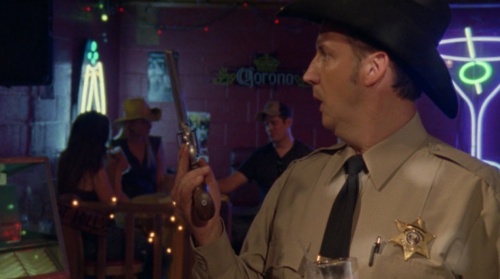 Rosco with his Model 686 drawn inside the Boar's Nest. 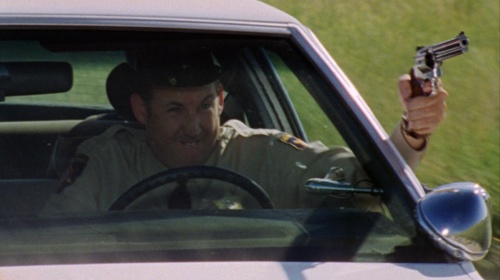 Rosco fires at the Dukes during a chase.

Boss Hogg (Christopher McDonald) has a Remington 870 that he fires at the Dukes when he walks in on Luke (Randy Wayne) with his wife. 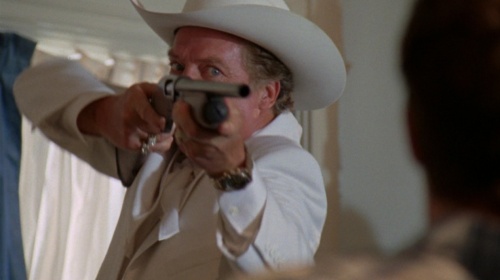 Boss aims his 870 at Luke in his bedroom. 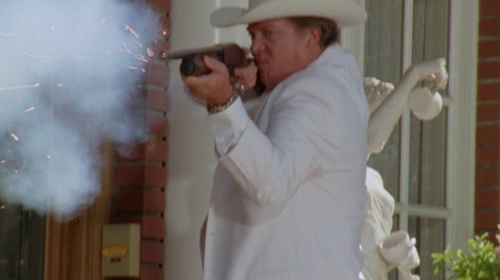 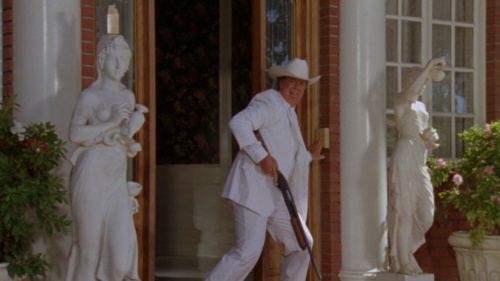 Boss with his Remington 870 calling for Rosco.
Retrieved from "https://www.imfdb.org/index.php?title=Dukes_of_Hazzard:_The_Beginning,_The&oldid=934284"
Categories: