From Internet Movie Firearms Database - Guns in Movies, TV and Video Games
(Redirected from The Crazies (1973))
Jump to navigation Jump to search

The Crazies is a 1973 film by legendary horror filmmaker; George A. Romero. The film depicts the accidental release of a biological weapon upon a real life small town (for the time) called Evans City (located in Pennsylvania), and shows the perspectives of both the surviving townsfolk who are trying to stay alive and remain uninfected from the deadly bio-weapon that's code-named "Trixie" (Which will either kill it's victims or turn them into rage-induced infected individuals), and the United States military dealing out the quarantine protocols which includes locking down the town and killing anyone trying to escape. Despite being another great horror film by George Romero, the film did not do well at the box office, and as a result, garnered some mixed to negative criticism. Despite this, the film became a cult classic following the years after it's release. A remake of the film was released in 2010 under the same title; The Crazies.

The following firearms were used in the 1973 Horror film The Crazies:

The main sidearm of the United States military is the Browning Hi-Power. Clank (Harold Wayne Jones) briefly uses one in the woods. 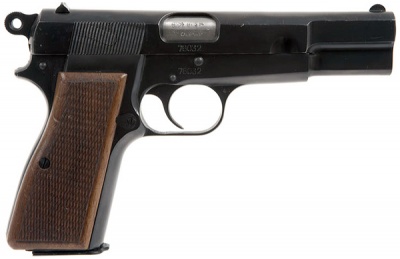 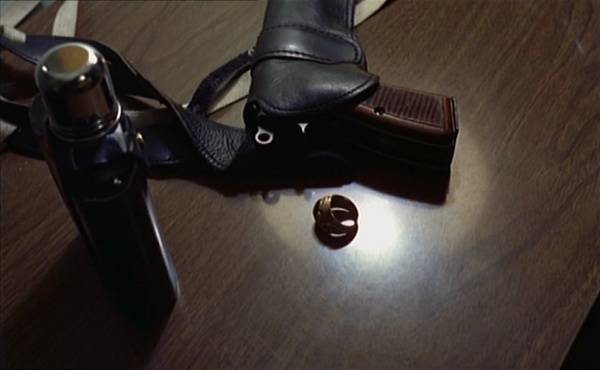 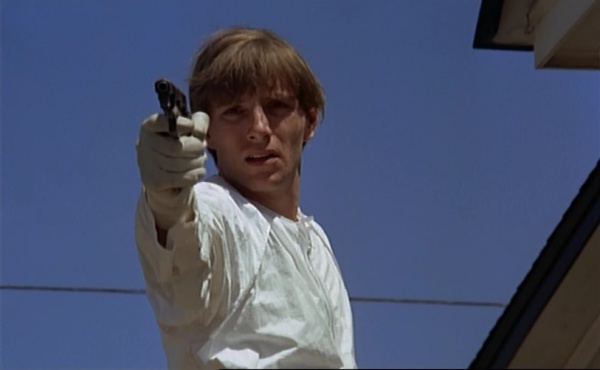 A soldier shoots the priest that set himself on fire 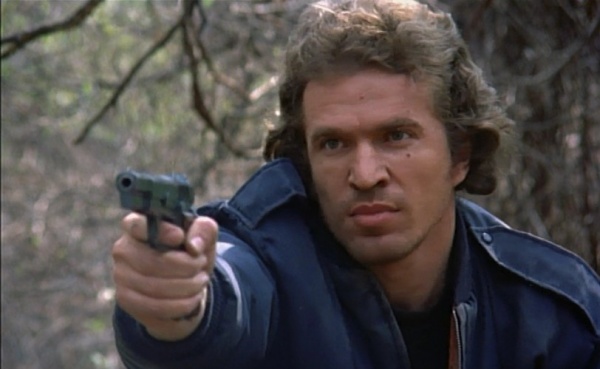 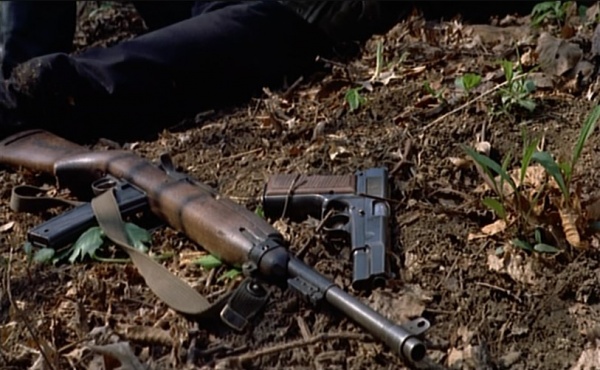 Clank throws down his Hi-Power.

One of the Evans City police officers that try to overpower the soldiers in the doctor's officer carries a Colt Official Police revolver. 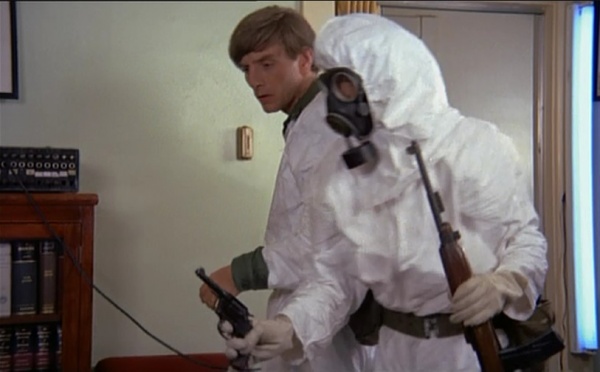 The soldier takes the Colt revolver off the policeman.

The main firearm used by U.S. soldiers in Evans City is the M1 Carbine. Most have 30 round magazines, although some are briefly seen with 15 round ones. After escaping from a military convoy, David (W.G. McMillan) and Clank (Harold Wayne Jones) take two M1s and use them for the rest of the movie to fight against the soldiers.

M1 Carbine with 30 round magazine like the ones used in the film, except for the heat shield - .30 Carbine 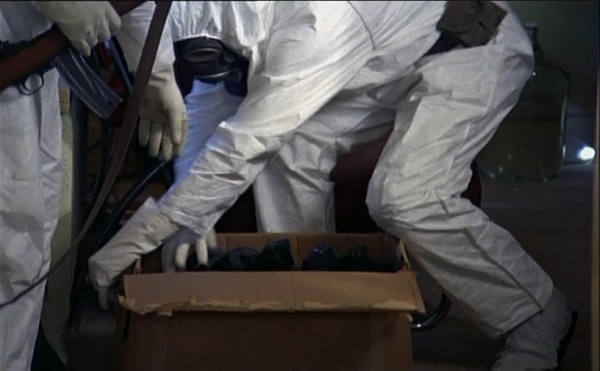 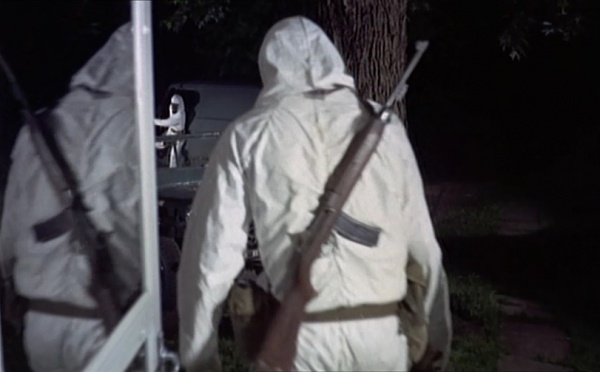 Several soldiers are seen with their M1 Carbines slung over their backs. Note the 30-round magazines 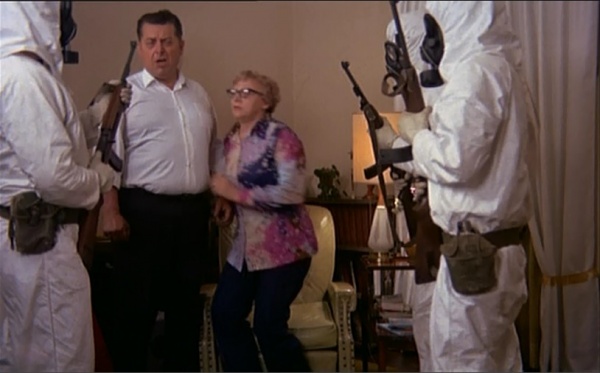 Soldiers with their M1 Carbines at the ready as they raid the motel. 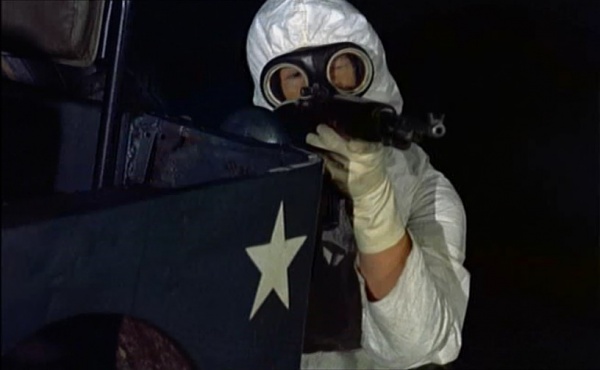 Soldiers fire with their M1 Carbines at a farmer infected with "Trixie". 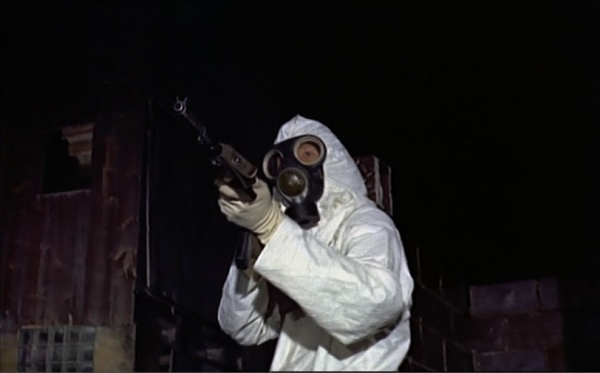 Another soldier is seen with his M1 Carbine. 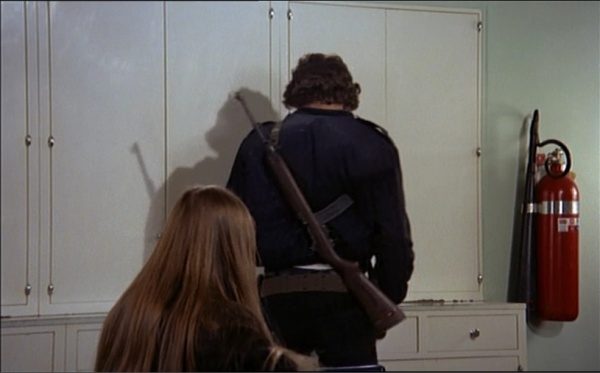 An M1 Carbine slung on Clank's back. 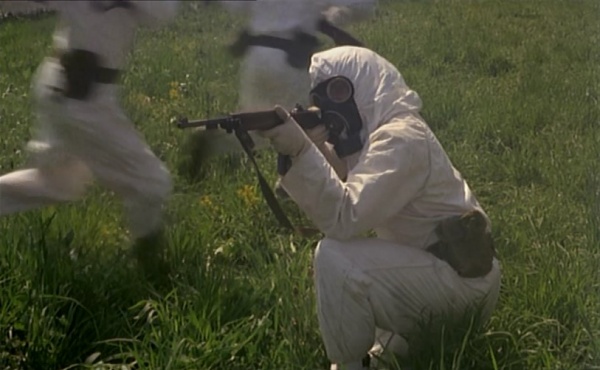 Another soldier is seen firing his M1 Carbine. 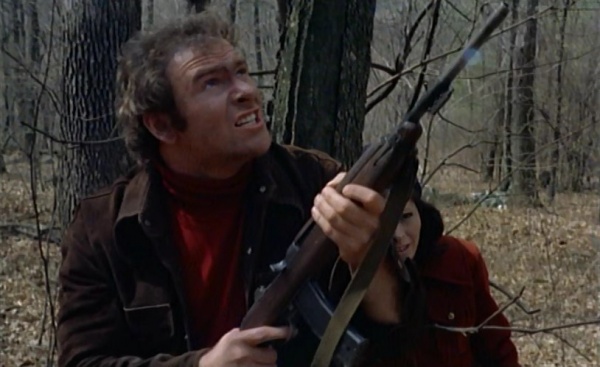 David with his M1 at the ready while he is being attacked by a military helicopter.

Another infected citizen (S. William Hinzman, most remembered as the first zombie in Night of the Living Dead) uses a Winchester Model 88 to fire at soldiers in the doctor's office. 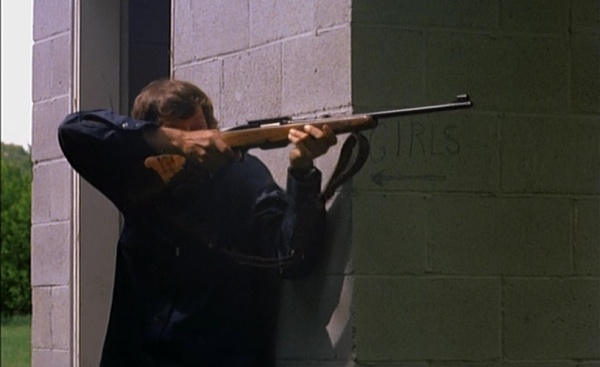 A farmer infected with Trixie (Richard Lewicki) fires at soldiers when they invade his farm with a common 12 Gauge Double Barreled Shotgun. 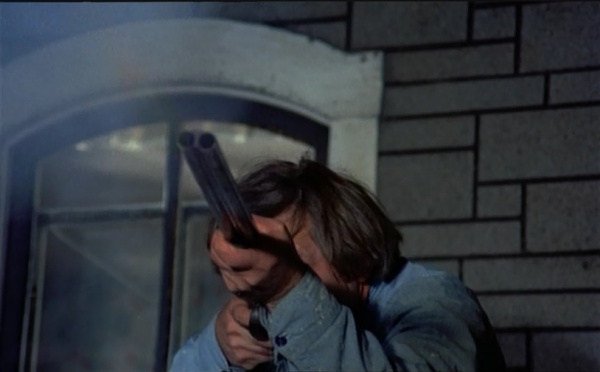 The infected farmer fires at the soldiers with his double barreled shotgun. 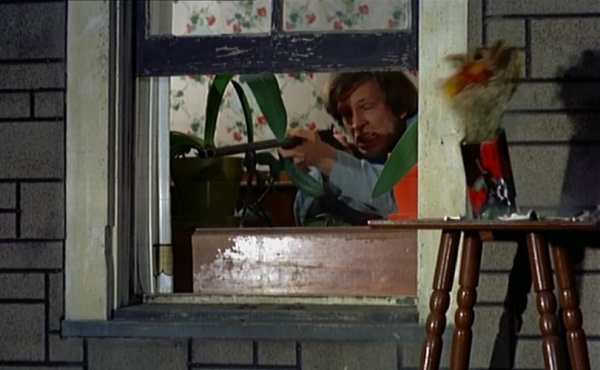 Another shot of the infected farmer firing his double barreled shotgun.

A Trixie infected citizen shoots a soldier with a Remington 870, before being gunned down.