From Internet Movie Firearms Database - Guns in Movies, TV and Video Games
(Redirected from The Captain from Köpenick (1956))
Jump to navigation Jump to search

The Captain from Köpenick is a 1956 West German movie directed by Helmut Käutner. After his release from prison, Wilhelm Voigt decides to finally lead an honest life. In a junk shop, he finds an old captain's uniform. In it, he gives a guard the order to follow him to Köpenick (Berlin) in the town hall, where he arrests the mayor and the city treasurer, to first get a passport in peace. The plan goes awry, instead, he seizes the city treasury and flees.

The following weapons were used in the film The Captain from Köpenick:

German soldiers march during the opening and the ending with Dreyse Zündnadelgewehr Ö/M (Österreichisches Modell; Austrian model) rifles. These rifles are conversions of the Prussian Dreyse carbine M/57 and the Austrian Lorenz M 1854/ II musket which were captured in large numbers in the Austro-Prussian War of 1866. 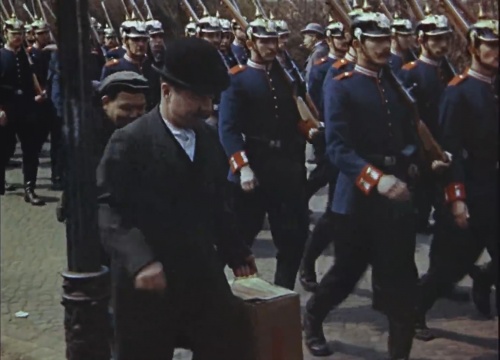 German soldiers march with the rifles during the opening. 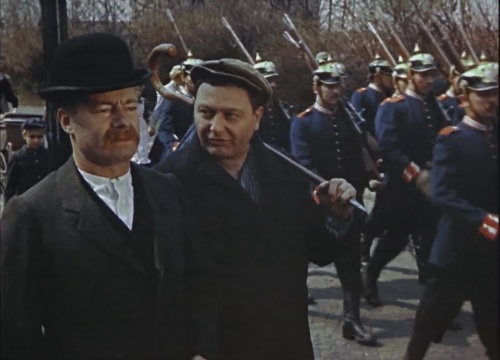 The same column with the rifles behind Wilhelm Voigt (Heinz Rühmann). Note the last barrel band in front of the muzzle. 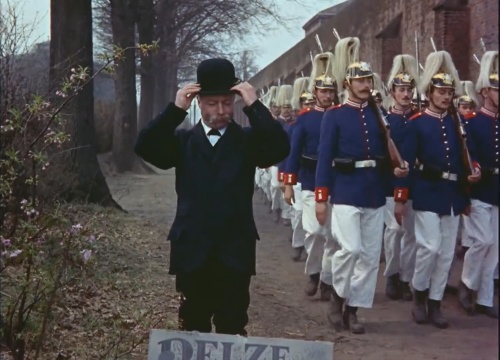 Another column marches with the rifles. Note the obliquely mounted bolt that is present by the Dreyse Needle Gun.

The German Gefreiter (Corporal) (Werner Schumacher) and the East Prussian grenadier (Balduin Baas) can be seen carrying French Chassepot 1866 rifles. Recognizable by the smooth receiver that differentiates it from the Gras Model 1874. These two Chassepot rifles keep changing hands throughout the movie. 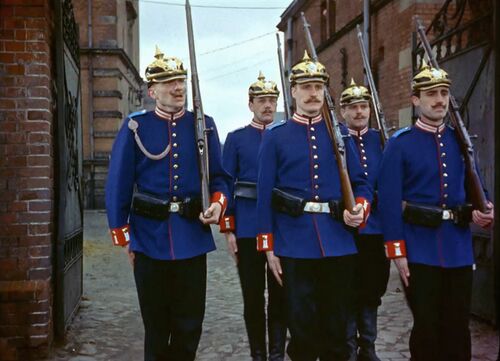 The grenadier on the left carries his Chassepot. 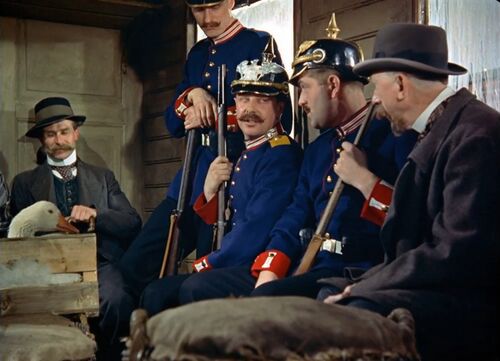 The Gefreiter with his Chassepot in the streetcar. 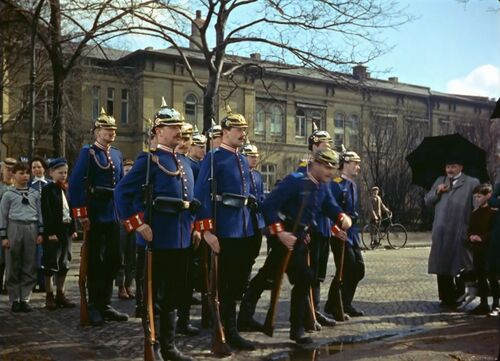 The soldier next to the Gefreiter stands with his Chassepot equipped with an SG 98. 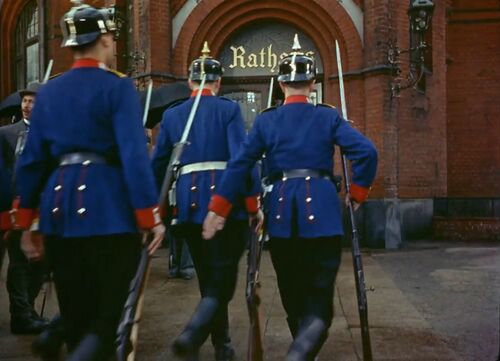 The squad on his way to occupy the town hall. The Chassepot is seen in the center.

The Gewehr 1871/84 with Seitengewehr 98 bayonets is used by German soldiers including the Gefreiter and the East Prussian grenadier. 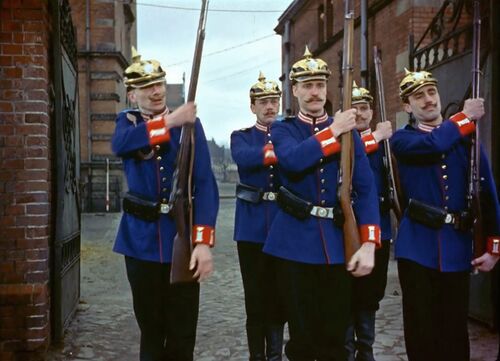 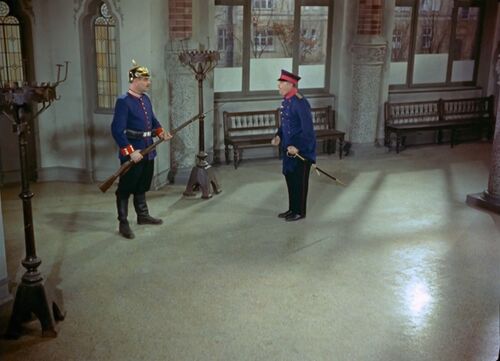 A sentry at the main entrance stops the police inspector (Kurt Klopsch). 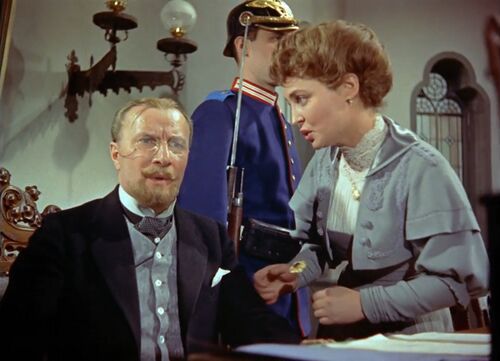 A view of the SG 98 between Mathilde and Dr. Obermüller (Martin Held). 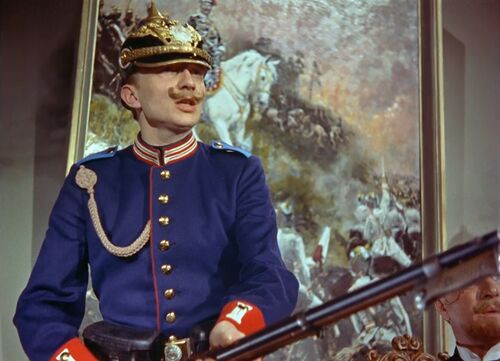 "I do not like this!"
The Grenadier stops Mathilde Obermüller (Hannelore Schroth) from using the telephone. 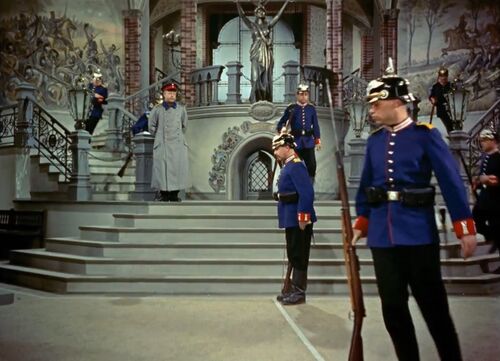 Another German soldier holds the Gewehr while assembling in the great hall.
Retrieved from "https://www.imfdb.org/index.php?title=Captain_from_Köpenick,_The_(1956)&oldid=1544451"
Categories: