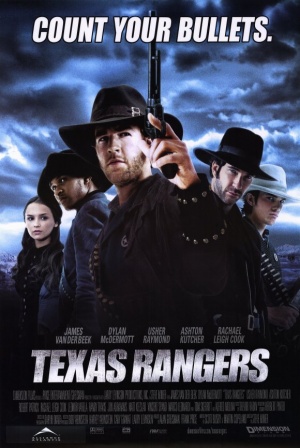 The following guns were used in the film Texas Rangers: 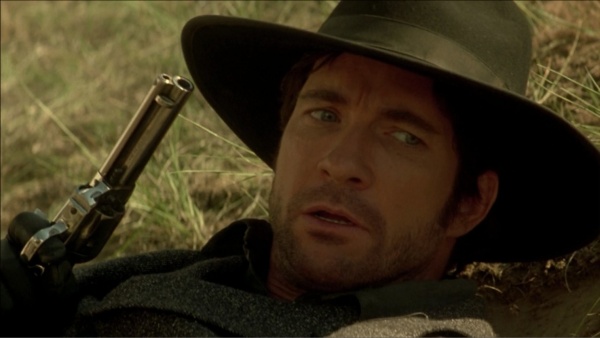 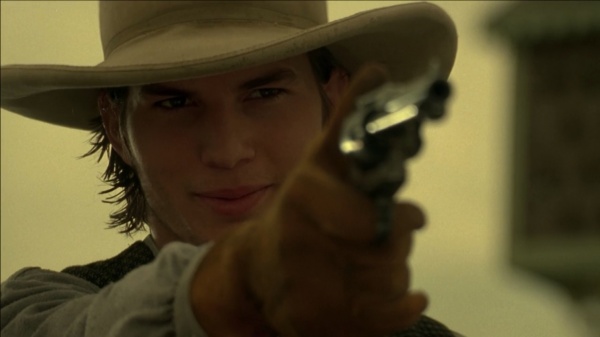 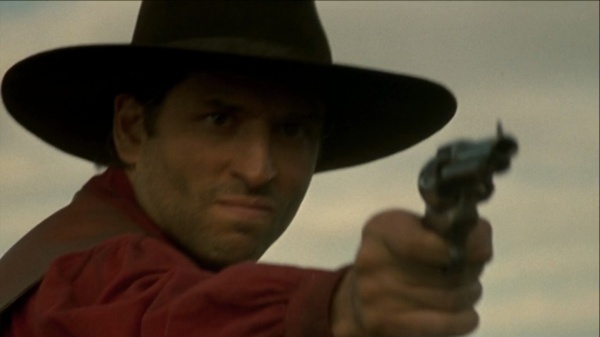 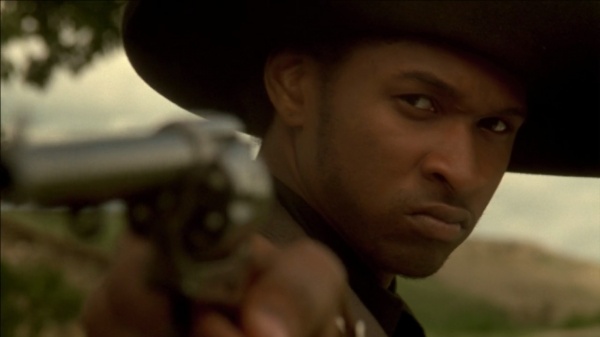 The Single Action Army Quickdraw is briefly seen used by one of John King Fisher's men. 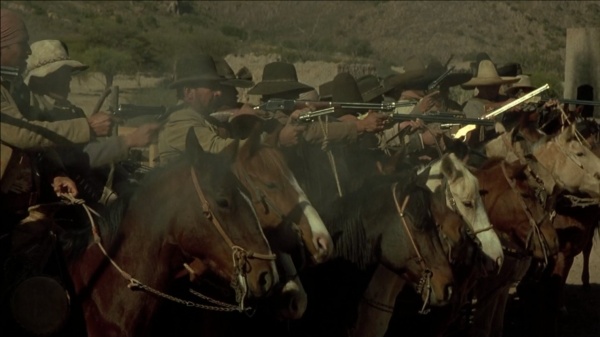 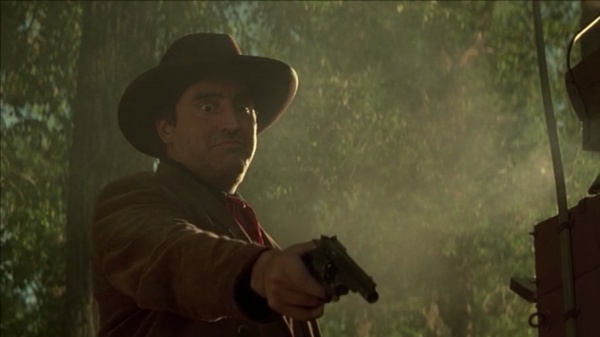 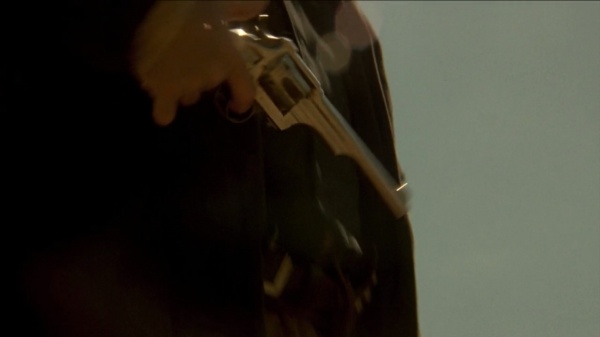 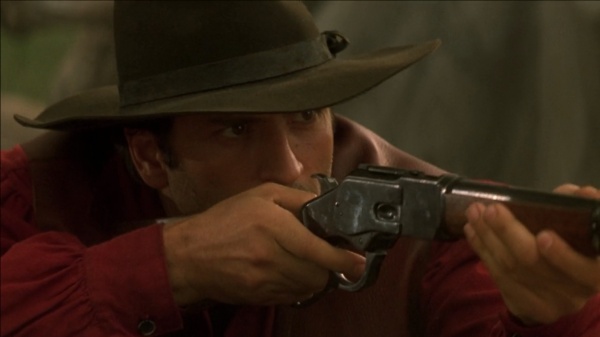 Winchester 1866 "Yellow Boy" rifles are used by both Randolph and Lincoln. 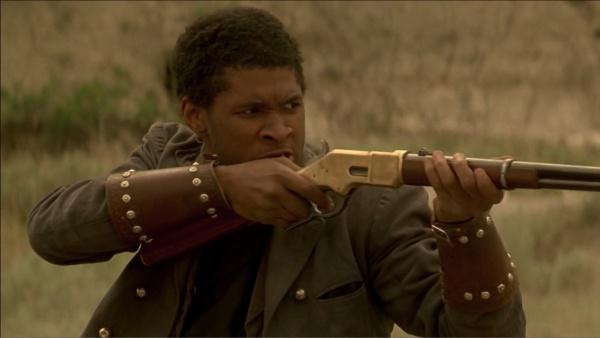 The Sharps 1874 Cavalry Carbine is also used by some of the Rangers. 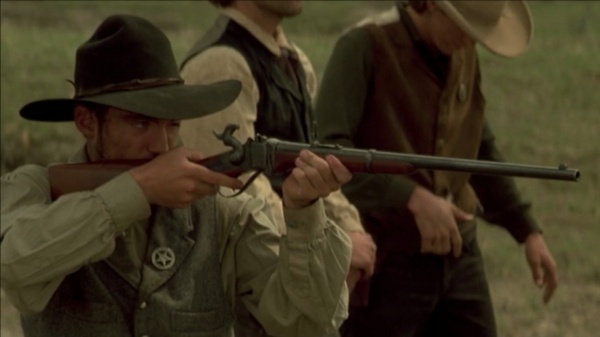 The 12 Gauge Double Barreled Shotgun is dual-wielded by Simms and also used by some of the Rangers. 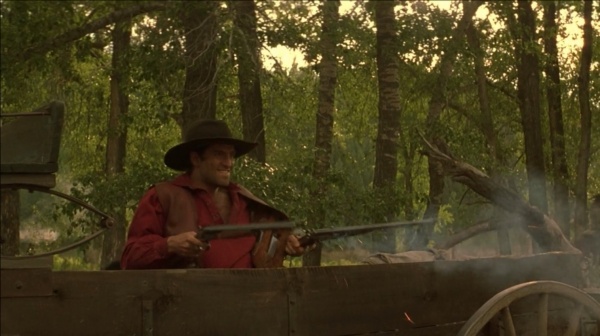 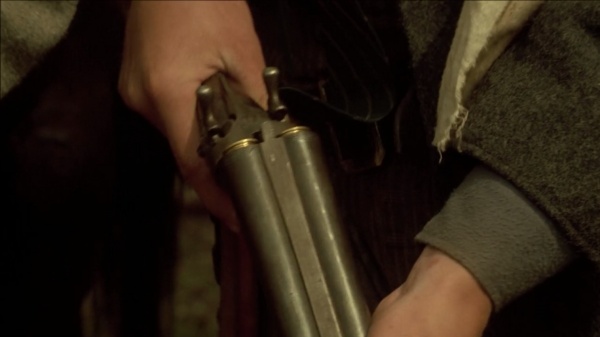 A Colt Gatling Gun is also used by Fisher's men. 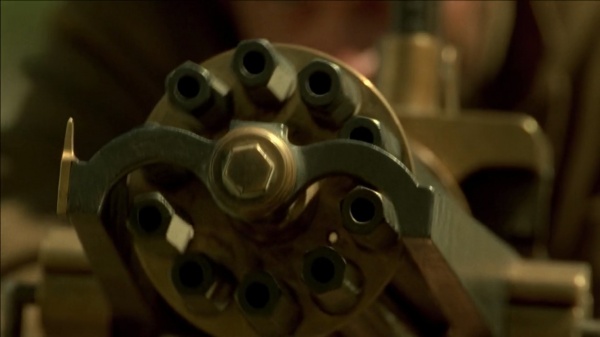