Fear The Walking Dead: Dead in the Water

Fear The Walking Dead: Dead in the Water is a six-part webisode tells the story of the crew of the Ohio-class submarine USS Pennsylvania at the very beginning of the pandemic. The Pennsylvania is in the Gulf of Mexico performing drills when incomplete reports of strange incidents on the mainland begin to be received. Cut off from the outside world, they are forced to learn a new cruel world themselves and try to survive at a different cost. Weapons Officer Jason Riley (Nick Stahl), who previously appeared in Season 6, was chosen as the main character. It was released exclusively on AMC+ on April 10, 2022.

The following weapons were used in the television series Fear The Walking Dead: Dead in the Water:

The crew of the Pennsylvania carries the Beretta 92FS as their standard duty sidearms, presumably standing in for the Beretta M9. When the zombified Friedman (Calum Sharman) attacks crew members on the USS Pennsylvania in "A Good Sailor" (E02), Captain Renwick (Emmett Hunter) shoots him with a Beretta 92FS several times. Jason Riley (Nick Stahl) finishes him off with a headshot, saving the captain. Lieutenant Alvarez (Jay Gutierrez) is also armed with a Beretta 92FS pistol at the end of "Do What Needs Doing" (E03) and throughout "Incoming" (E04). He does not give the gun to his colleagues but agrees to go with them. Being greatly agitated, he kills the bitten Winokur (Ja'Quan Monroe-Henderson) and accidentally kills Farley (Jon Lee). Having finally lost control of himself, he opens a room full of walkers and dies, having managed to shoot himself. In "We Have Orders", (E05) Renwick takes aim at his men to make sure they are not bitten. Riley takes it later and mercy-kills him when it is revealed that the captain has been bitten. In the finale, Riley contemplates suicide with his pistol, but at that moment Teddy (John Glover) finds him. Their story continues in Season 6. 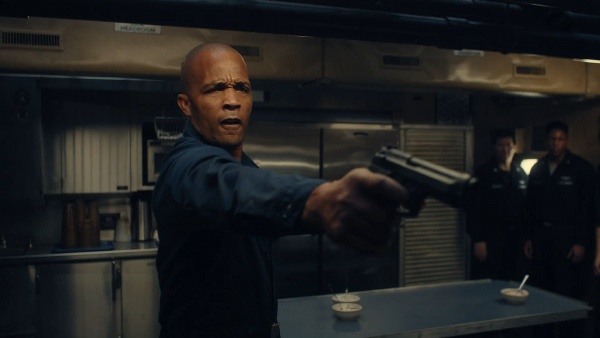 Captain Renwick (Emmett Hunter) pulls out a pistol and shoots several times at the zombified Friedman during the incident in the galley in "A Good Sailor" (E02). 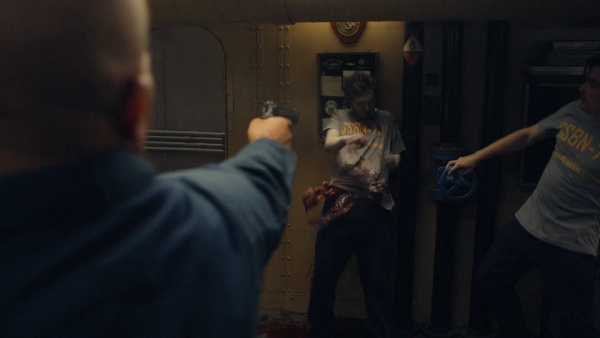 No one on the ship knows yet that the only way to kill a walker is with a headshot, so he continues to shoot him in the stomach. 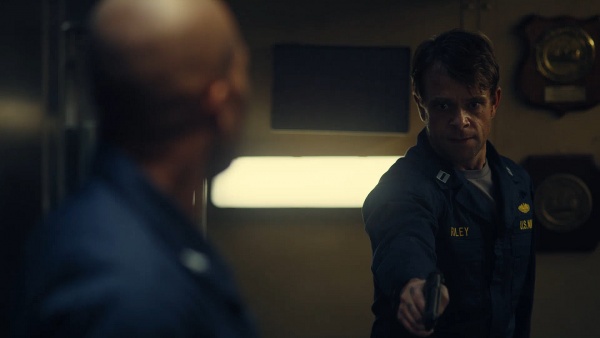 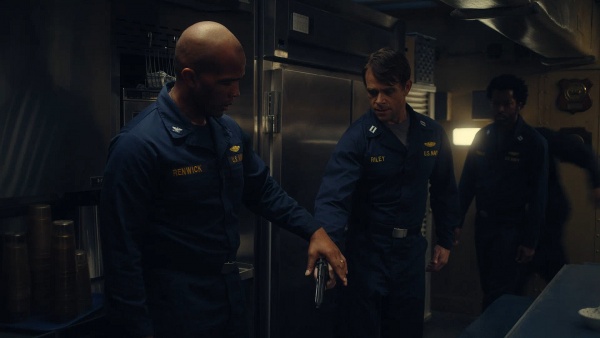 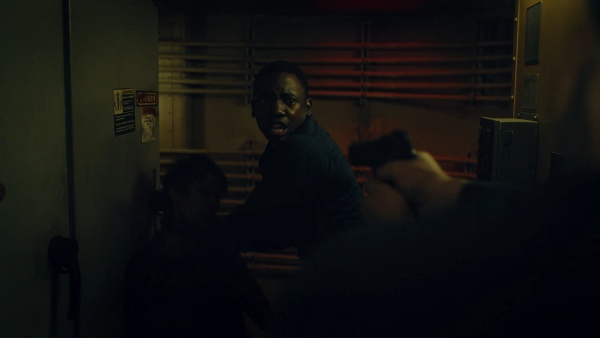 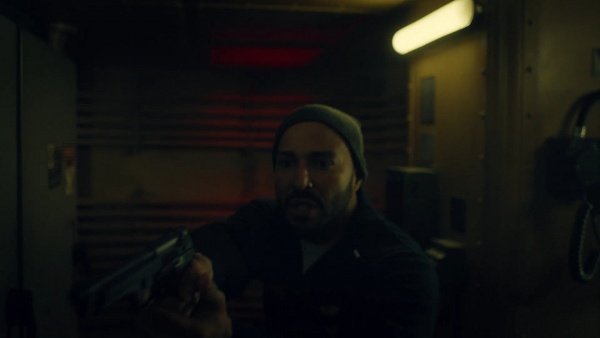 Lieutenant Alvarez (Jay Gutierrez) does not dare to shoot the zombified crew member named Voss in order to save Riley. 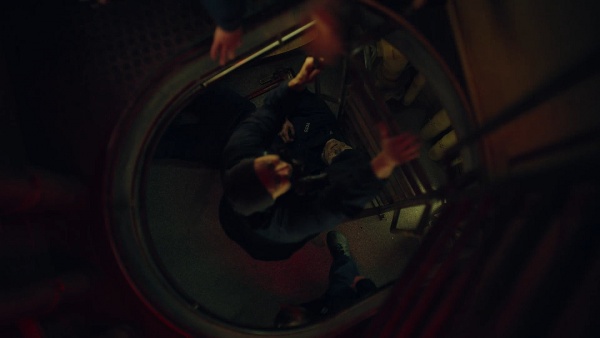 Climbing the stairs, he holds a gun in his mouth. 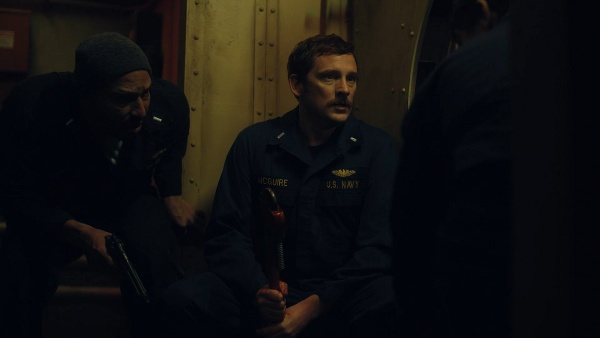 Riley (Nick Stahl), McGuire (Garrett Graham), and Alvarez are preparing to go through another dangerous corridor. 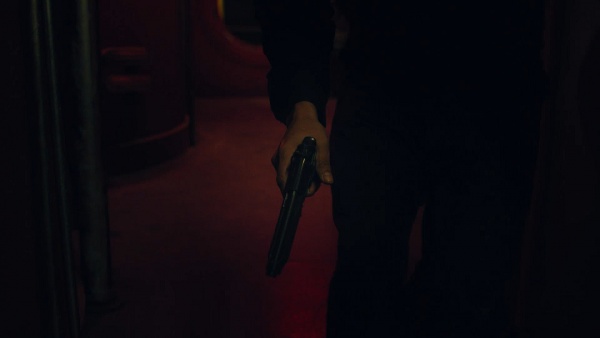 Sneaking down the corridor, Alvarez is terribly worried, so his gun hand is shaking. 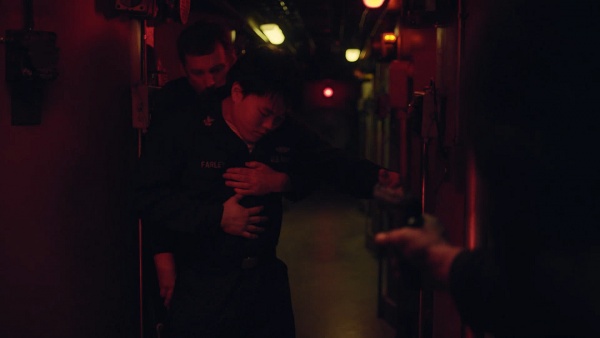 Being a complete jerk, he accidentally kills his colleague Farley (Jon Lee). 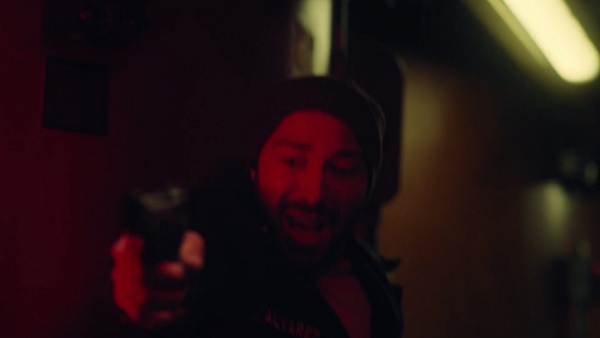 After that, he gets even more frightened, losing control of himself. 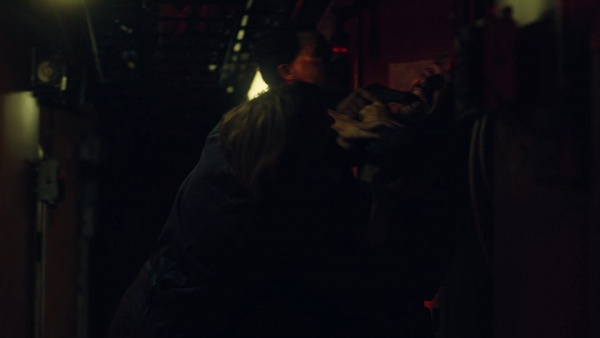 Pointing the gun at his mouth, Alvarez fires his final shot. 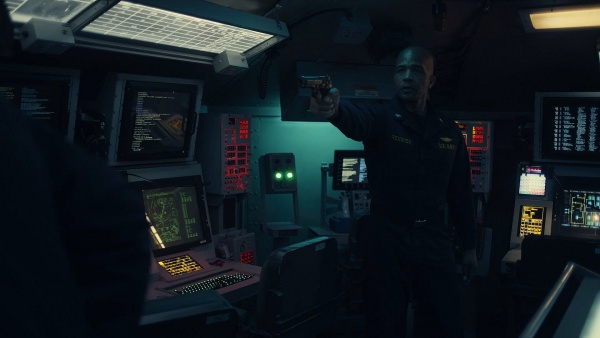 In "We Have Orders" (E05) Renwick points the gun at his own subordinates to make sure they are not bitten. 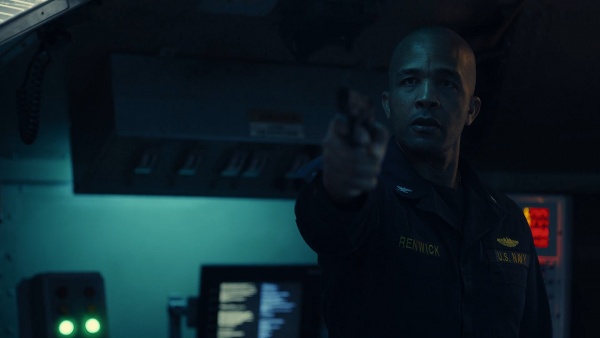 Captain Renwick (Emmett Hunter) with his Beretta 92FS in the weapons room. 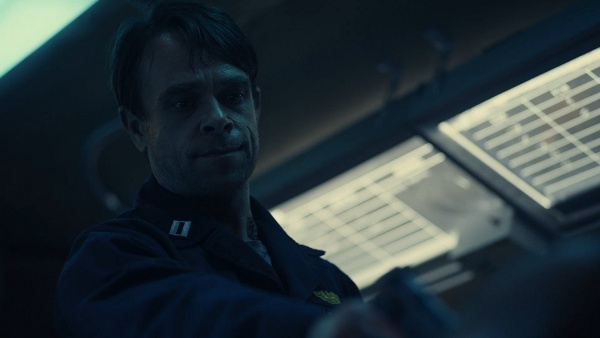 Jason puts a gun to his captain's head and fires. 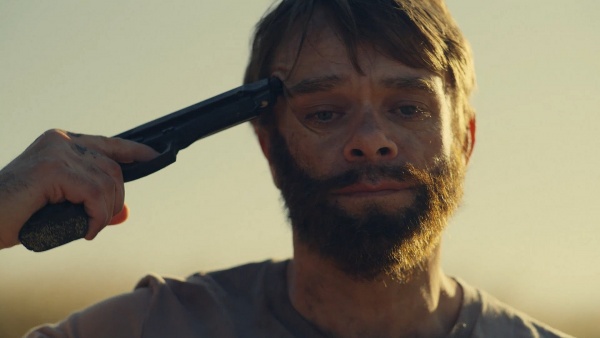 In the last scene, Riley is about to commit suicide, but finds an unexpected escape. 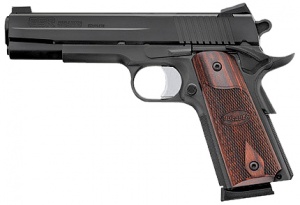 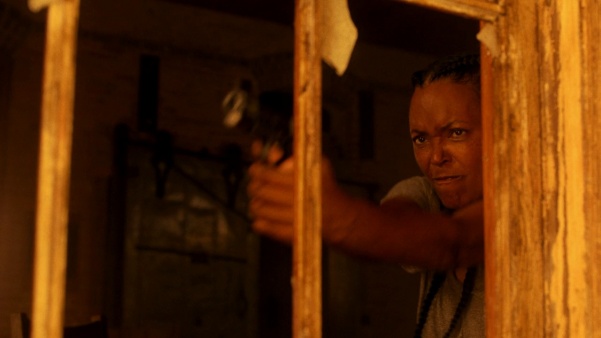 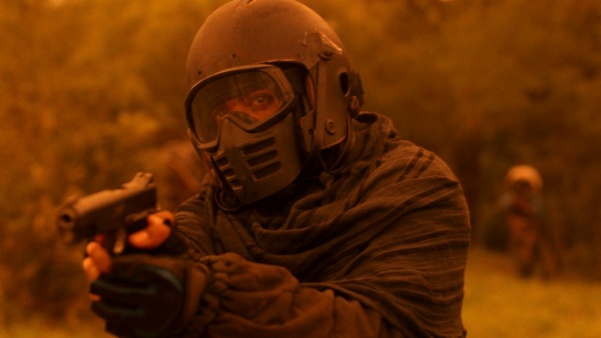 It's the same custom Kimber used by Strand from the previous seasons of the show, you can clearly see the 'Kimber' marking on the slide in the second screenshot. I'mallaboutguns.1 (talk) 02:13, 17 December 2021 (EST)

At least one of the M4s in "Reclamation" is an M4LE. 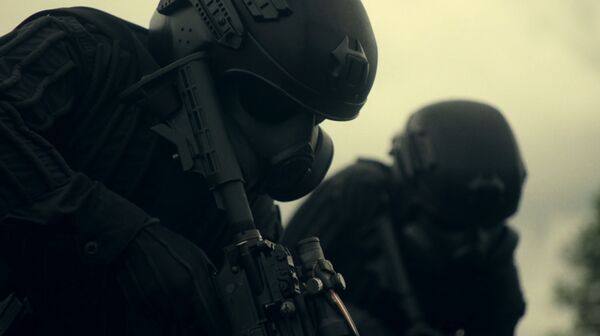 Close-up of the receiver and its selector markings.

This is the one being aimed at Morgan while he's on the ground. But since it's hard to tell who's who in the screencaps, I'm thinking just lump it into the CRM M4 entry and note that some aren't select fire M4s. Spartan198 (talk) 19:55, 1 February 2023 (UTC)