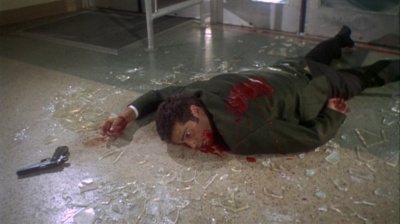 Well it's hard to make out from the screen shot but I believe that I can see the arched mainspring housing on the grip. Making it the 1911A1. Jcordell

By the way good job Speakeasy804 in adding the screenshots. I don't have the ability to do that myself and it really adds alot to the page. Jcordell

Thanks! It was tough to find clear enough shots but these should help for identification purposes. - Speakeasy804

I think you're right about the curved mainspring housing. Furthermore, the beavertail looks like the longer one from the A1. --redram355 17:28, 7 February 2010 (UTC)

I agree with Sg688. I own a Star Model B and the hammer is definitely that of the Star and there is no visible grip safety in any close-ups. the slide also appears to be thinner than that of a 1911, yet another difference I have noticed between the Star Model B and M1911A1. 1911isthebestgunever

The top gun is the Python. Note the flared grip with the very flat bottom and sharp edges. Below this is the Diamondback. The factory issue grips for the Diamondback are slightly smaller versions of those for the Python. this gun has been fitted with the rounded Detective Special grips like the ones on the gun in Bullitt. The bottom gun is the Detective Special that every TV and movie cop and bad guy carried in the 1940's and 1950's. You can see that the factory grips on this gun are the rounded style like on the Diamondback. Colt never made this style of grip for the Python.[1]--Jcordell 01:33, 27 May 2009 (UTC) 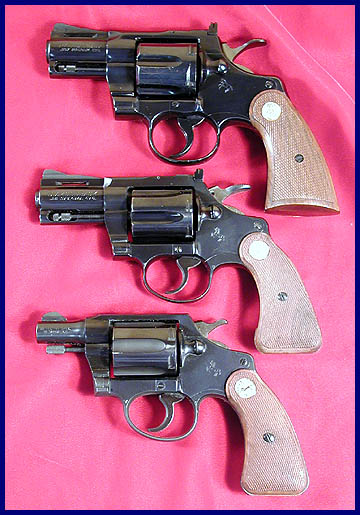 something interesting, on a radio show I listen to Michael Madsen claims that he owns the 1897 they used in this movie.