Sun Alley (Sonnenallee) or Sun Avenue is a 1999 German comedy movie directed by Leander Haußmann. Micha Ehrenreich and his friends live in the GDR of the 70s, in a street that begins in the west and ends in the east - the Berliner Sonnenallee. The apartment is tight, and the neighbor in the Stasi. The West uncle smuggles nylons and a green passport lets Micha's mother age for years. East, west: The most important thing for Micha is Miriam, who in turn wants a West German man. Nevertheless, Micha lays her life at her feet and learns to take it into her own hands.

The following weapons were used in the film Sun Alley:

The standard sidearm for the Volkspolizei including Obermeister (Master Sergeant) Horkefeld (Detlev Buck), who was also involved in the direction) and the Grenztruppen is the Soviet Makarov PM pistol. 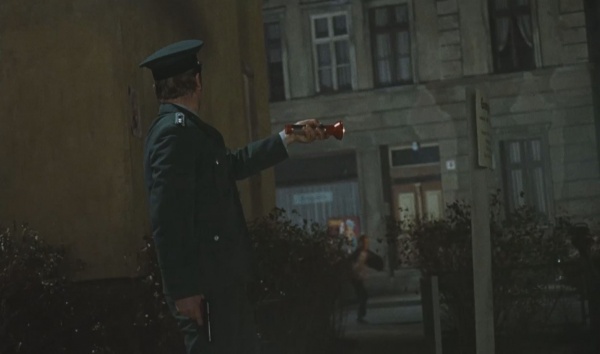 Obermeister Horkefeld with a drawn pistol during the power failure. 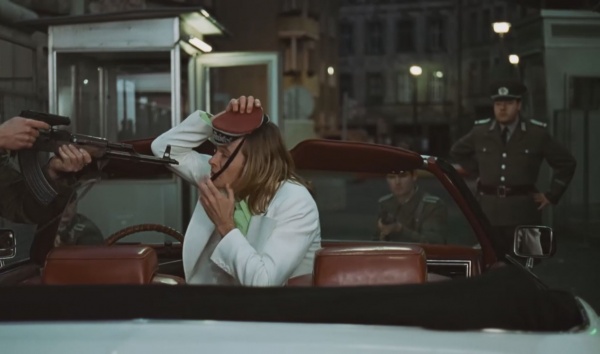 A border guard officer on the left points his Makarov at the "Sheikh" of Berlin. 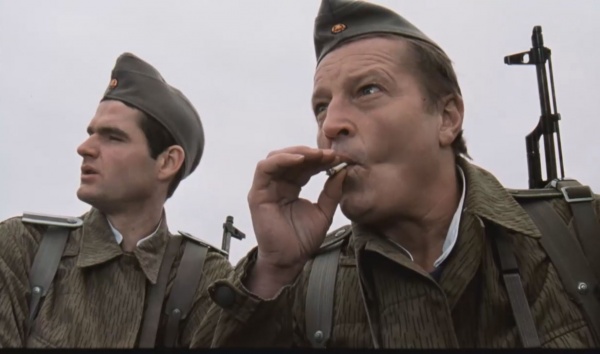 Border guards on the tower with their shouldered AKs. 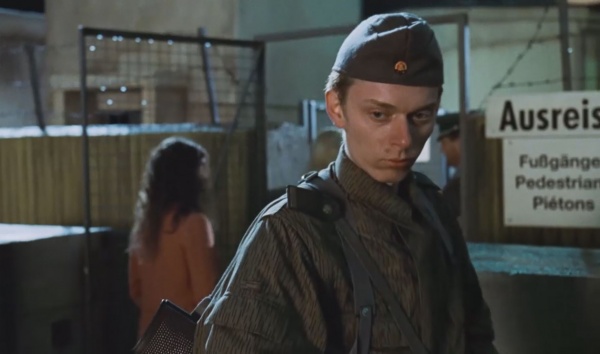 A border guard with his MPi-KM-72 at the border crossing looking at Doris Ehrenreich (Katharina Thalbach). Note the typical knobs on the stock. 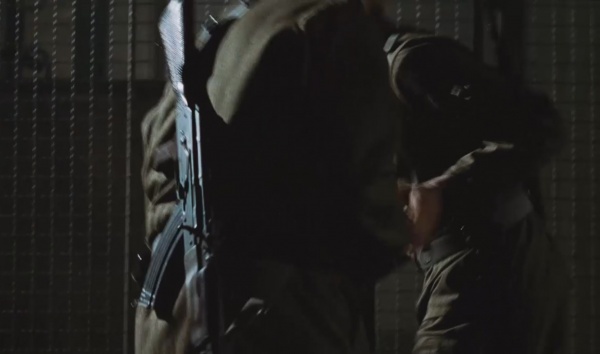 A good full view of the MPi of a Grenzer taking a flare gun. 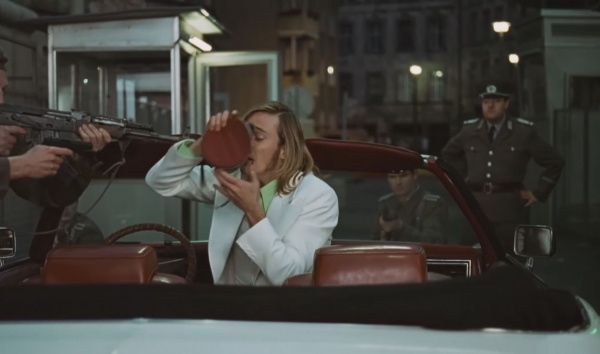 The MPi aimed by a border guard at the "Sheikh". 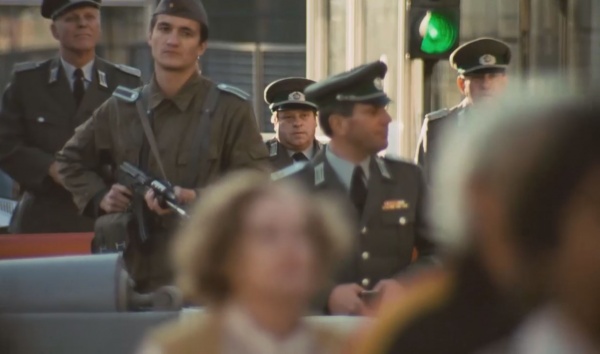 Another AK held by a guard. 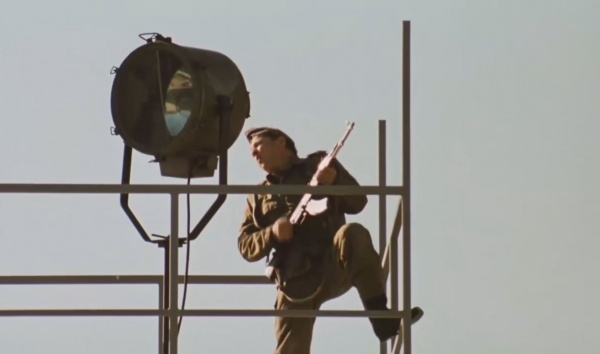 The older guard on the tower uses his AK as a guitar. 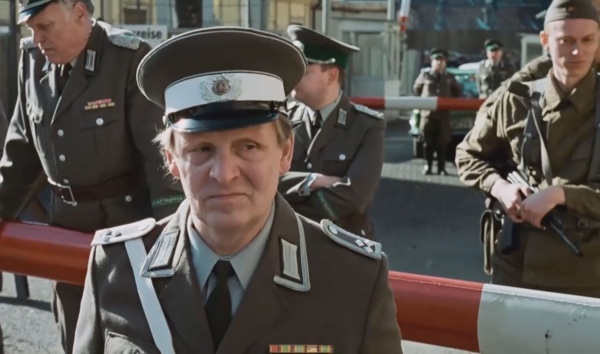 On the right, a border guard with his AK.

Grenzer Orlowsky (Michael Klobe) can be seen with a Romanian PM md. 63 rifle at the end of the movie trailer. In the movie, however, he is seen with a shouldered AK, which could be possible the same variant, too. 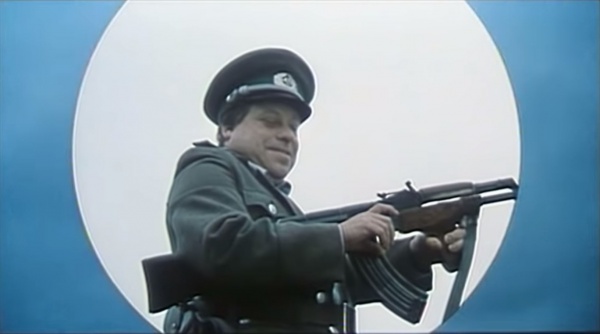 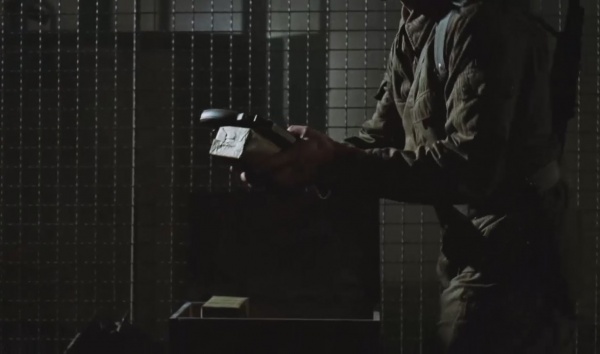 The flare gun is handed over. The distributing guard shouldn't smoke near the ammo box. 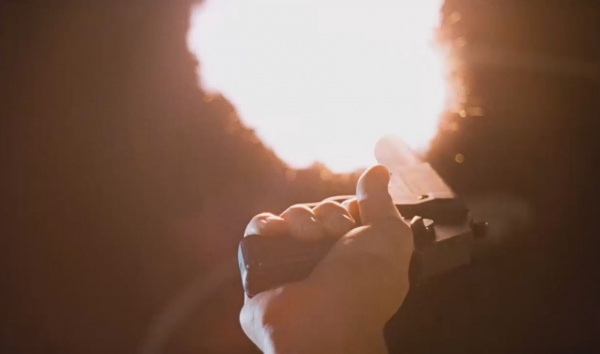 The gun being fired.

The trunk of the "Sheikh" of Berlin's (Andreas Pietschmann) car contains a few weapons. 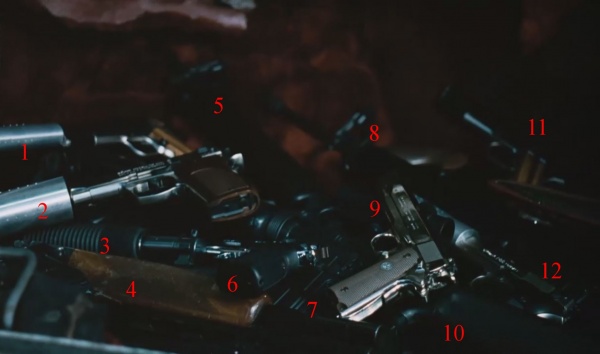 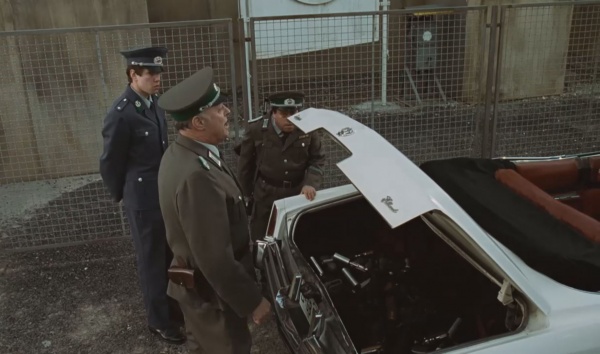 Another angle of the trunk which includes also some grenades. Orlowsky can be seen with his slung AK.
Retrieved from "https://www.imfdb.org/index.php?title=Sun_Alley&oldid=1522687"
Categories: