Stray Dogs (Psy) is a 1989 Soviet action thriller directed by Dmitriy Svetozarov. Inhabitants of a ghost town, located near the dried Aral Sea, one by one fall victims of a pack of abandoned and gone wild dogs. Local authorities organise a hunting party with the mission to exterminate the predators. But the tensions among motley crew hunters and the horrible cunning of dogs make the task deadly dangerous.

The following weapons were used in the film Stray Dogs (Psy):

The informal leader of the team, known as "The Silent" (Mikhail Zhigalov), carries an MTs 21-12 semi-auto shotgun. 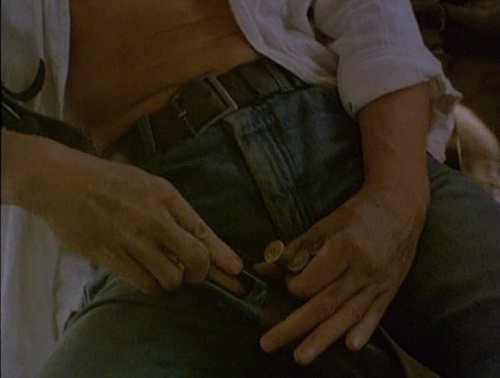 "The Silent" loads his shotgun. 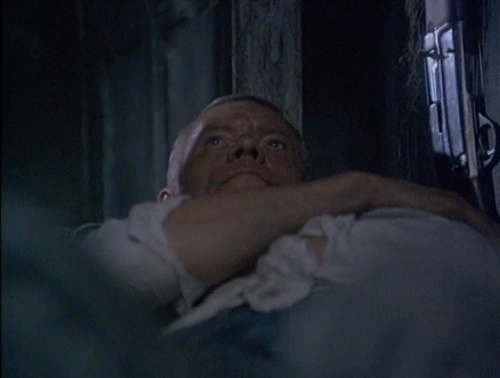 The receiver of the shotgun is seen. 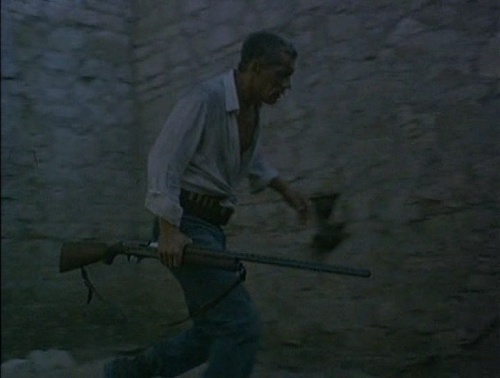 The vent rib over the barrel is seen. 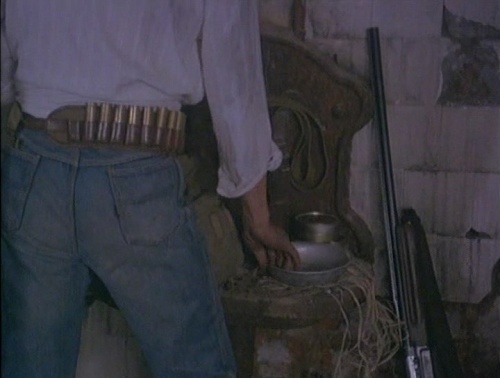 The shotgun leans against the wall. 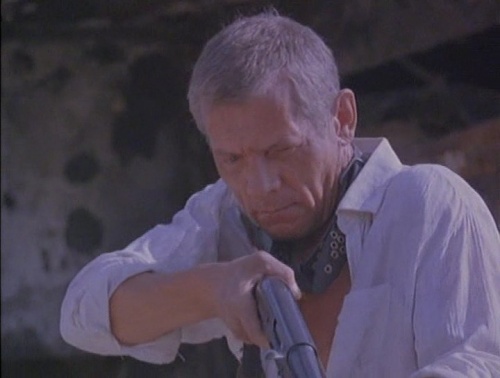 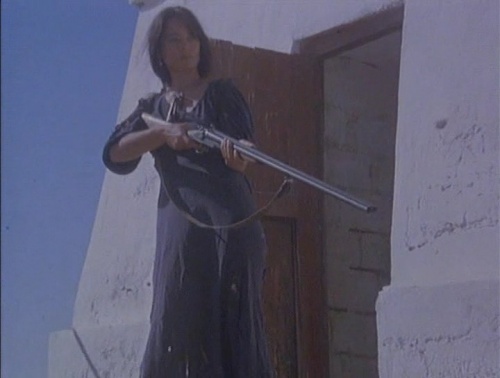 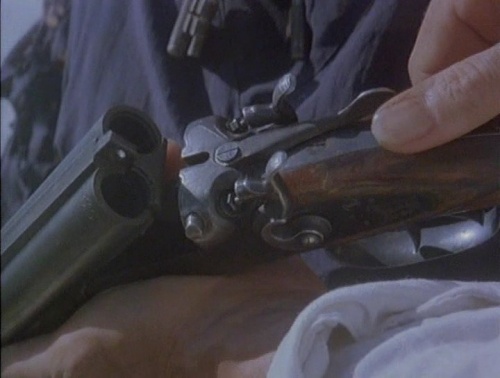 "The Silent" opens Gili's shotgun and finds it unloaded. 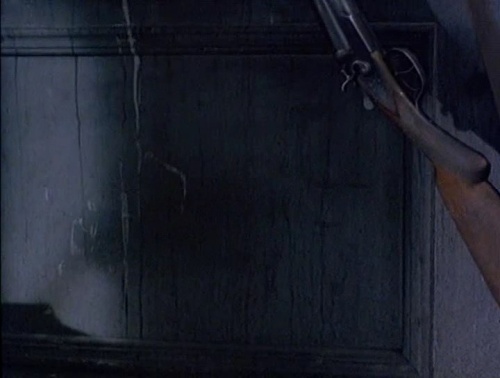 Makarenko's shotgun on the wall. 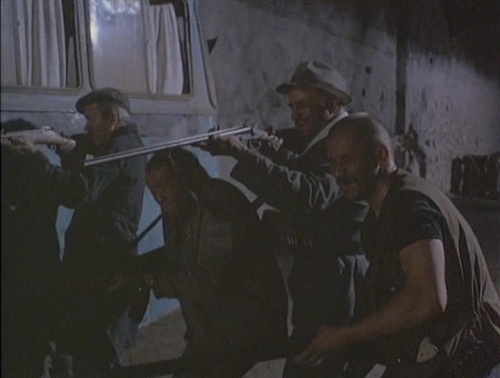 Makarenko (in center) fires his shotgun during the night attack of the dogs. 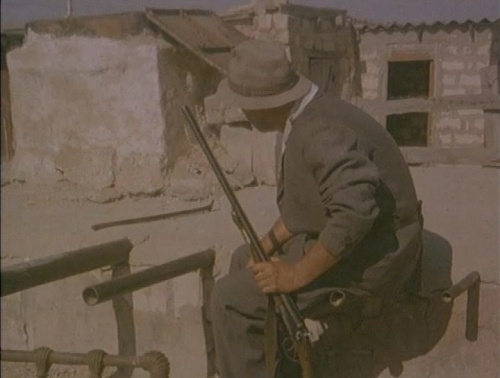 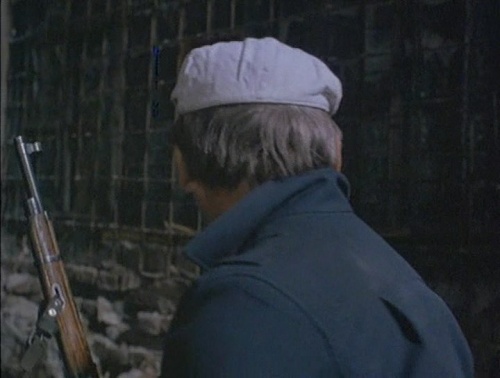 A close view of Manikin's carbine. 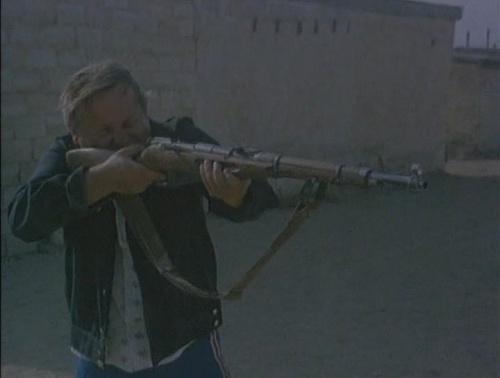 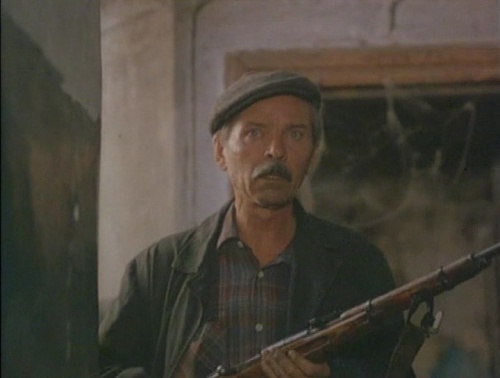 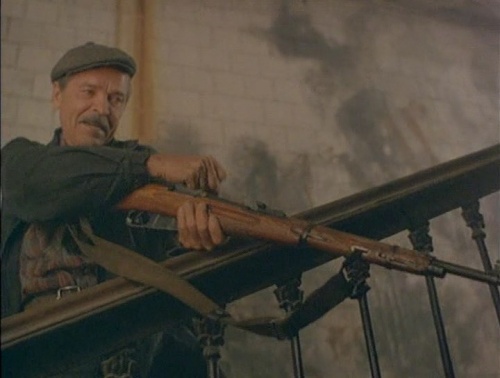 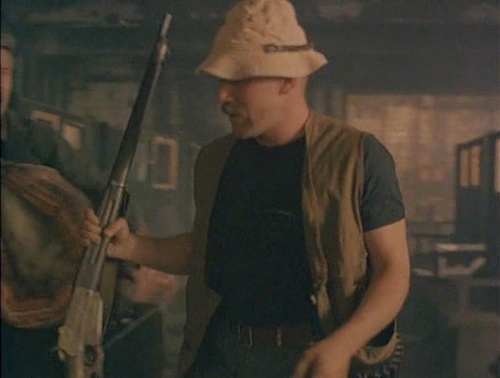 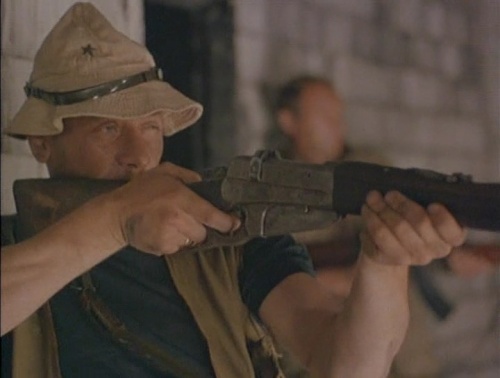 He fires at attacking dogs. 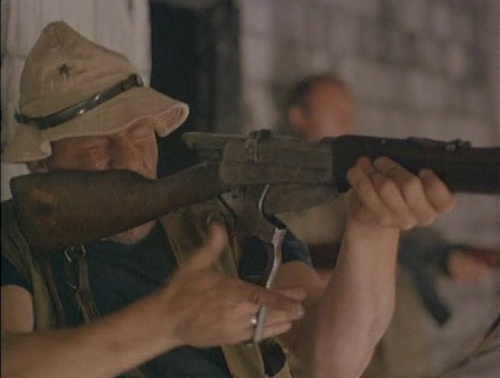 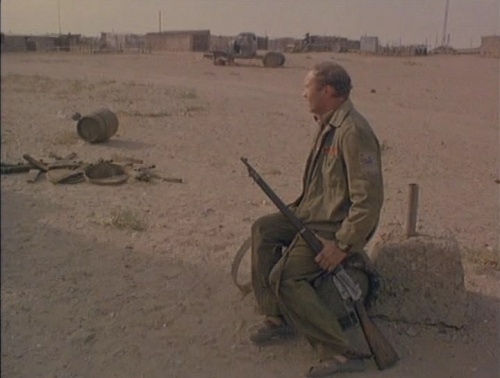 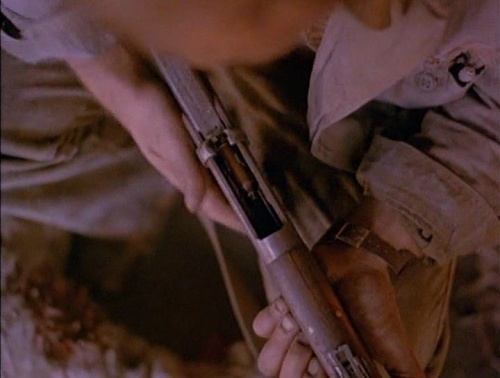 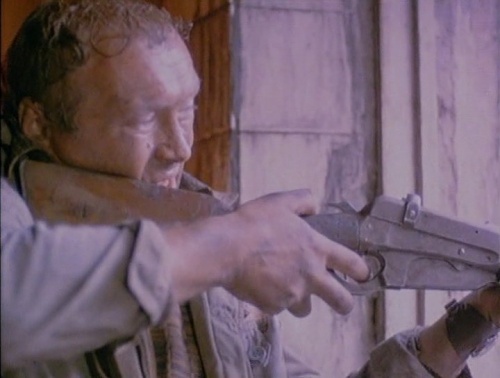 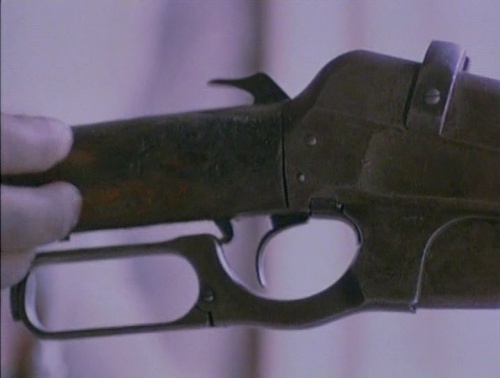 An AK-47 is the weapon of Ivan Maksimchuck (Yuriy Kuznetsov), the formal leader of the team. When Maksimchuck proves himself not fit for fight, Viktor Utekhin (Andrey Krasko) takes the AK and gives his Winchester to Maksimchuck. 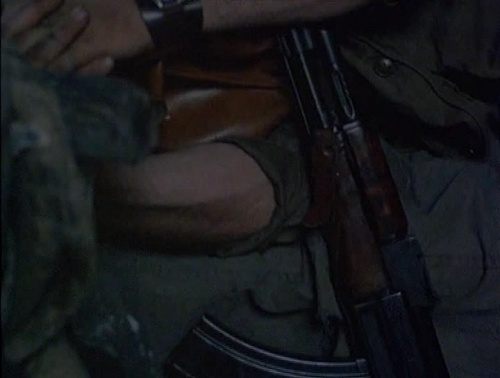 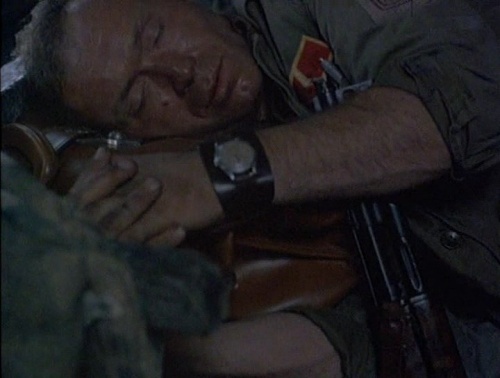 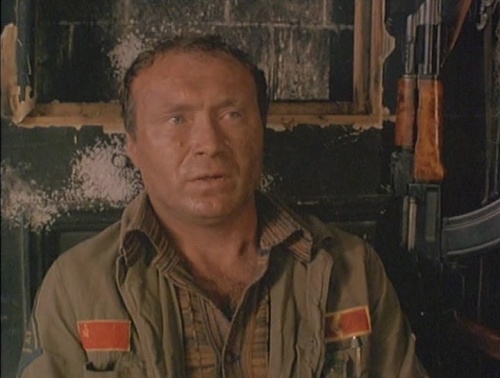 The AK is seen on the wall. 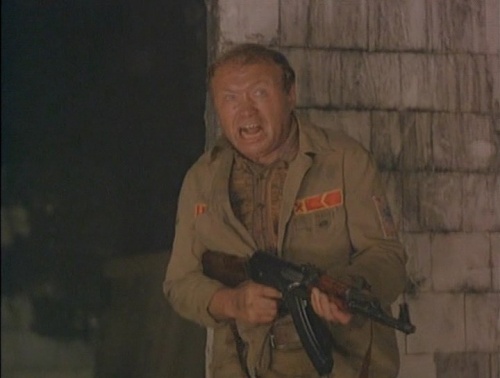 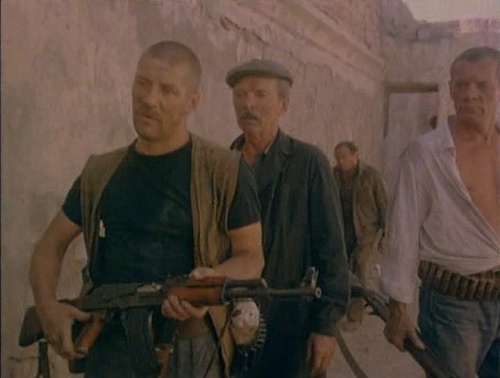 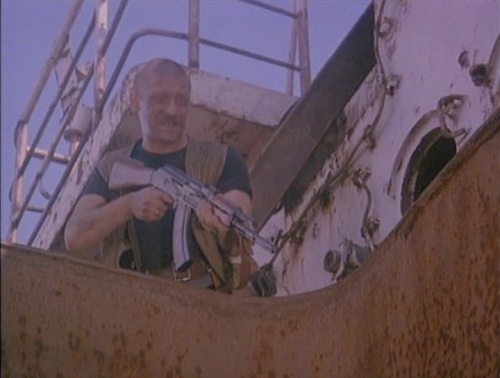