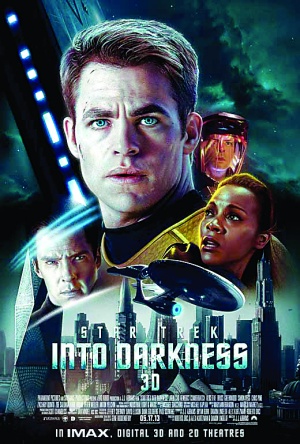 The following weapons were used in the film Star Trek Into Darkness:

When John Harrison attacks the conference room in a Federation "jumpship", a few security officers attempt to use some sort of futuristic mounted grenade launcher against him. This appears to be a Mk 19 Grenade Launcher mocked up as a 23rd century weapon. It is unclear if this weapon is supposed to have the same capabilities as a grenade launcher, as they are only seen firing one shot before Kirk takes down the vehicle with some improvisational thinking.

Closeup of the weapon. 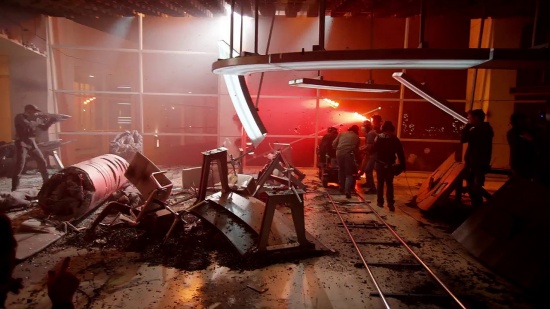 The weapon is seen on the left in this behind the scenes photo. 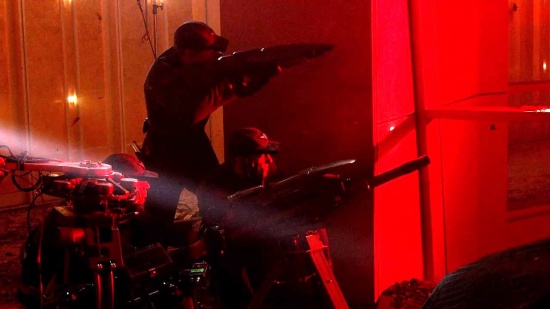 The weapon is seen in this behind the scenes photo.