Spring Conscription (a direct translation of the original title Vesenniy prizyv) is a Soviet 1977 (filmed 1976) movie directed by Pavel Lyubimov. A group of conscripts in the Soviet Army adapt to military service under the command of seasoned Sgt. Karpenko.

The following weapons were used in the film Spring Conscription (Vesenniy prizyv):

In most scenes, Soviet Army soldiers are armed with AK-74 assault rifles, brand new for 1976. This is possibly the first appearance of the AK-74 in popular media. 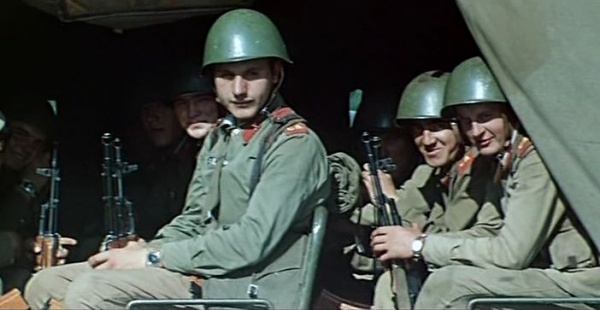 Soldiers with AK-74s in a lorry. 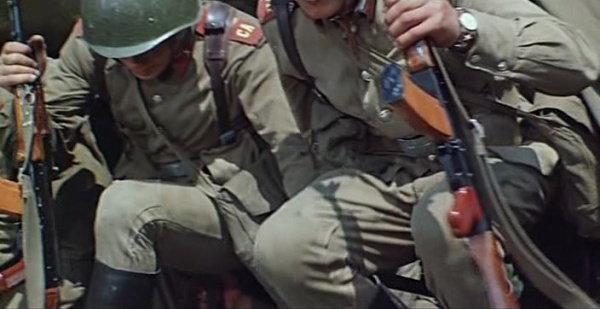 Soldiers leave the lorry, holding their AK-74s. In next scene, the unit carries AKMs instead of AK-74s (see below). 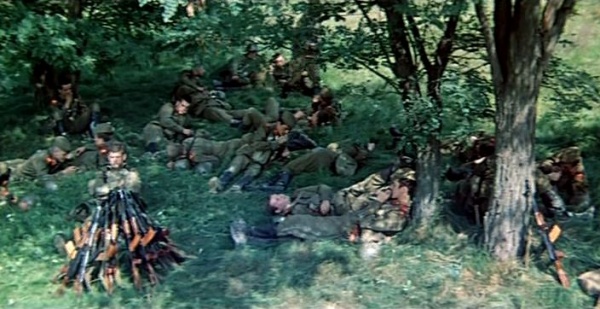 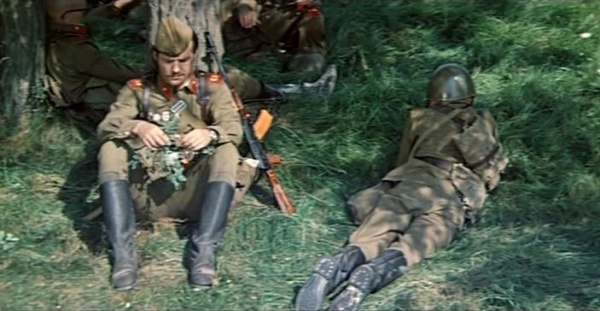 AK-74s are seen while the unit is on rest. 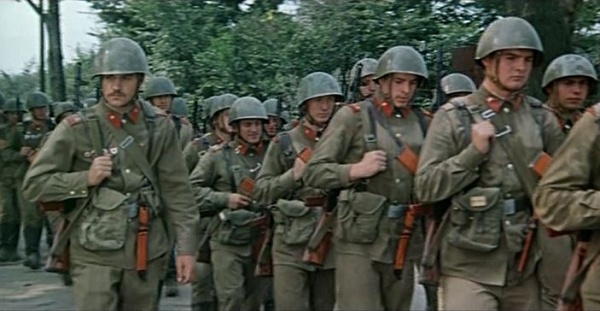 The unit on march. Soldiers carry AK-74s and 6Kh4 bayonets in scabbards (these bayonets were issued for both the AKM and AK-74). 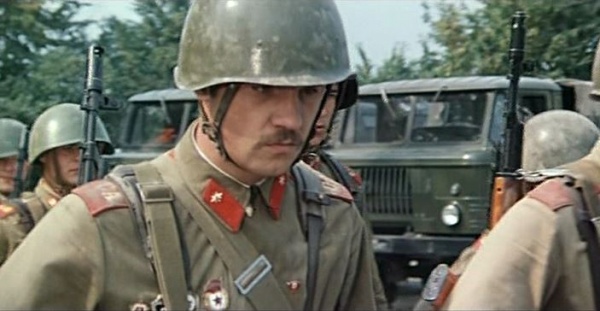 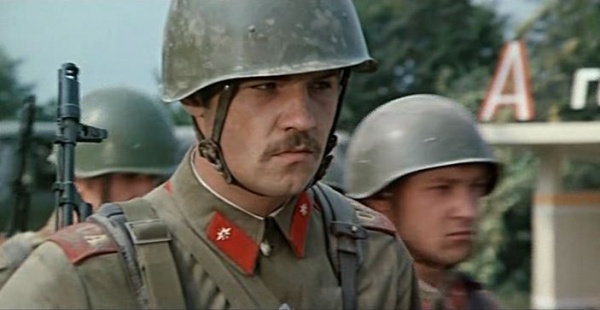 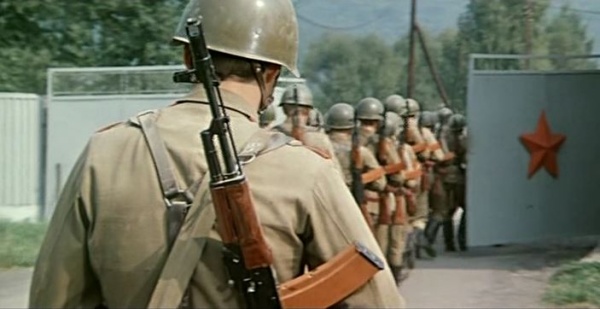 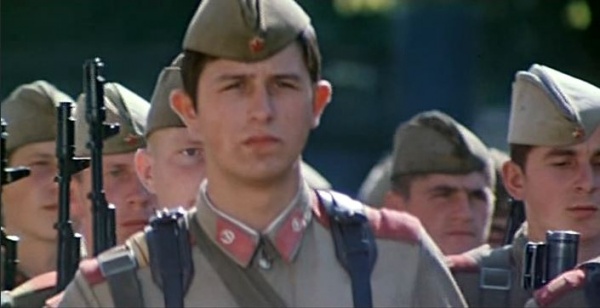 Soldiers march with AK-74s and an RPG-7. 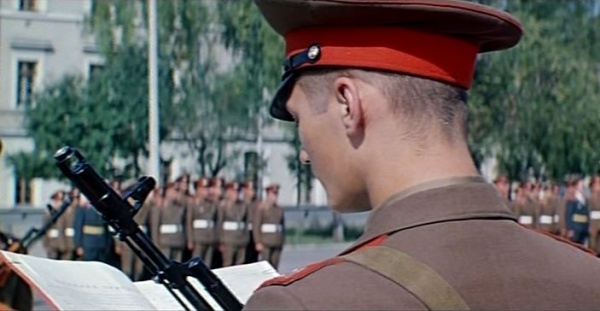 In several scenes, soldiers carry AKMs instead of AK-74s. Some are fitted with orange bakelite magazines. 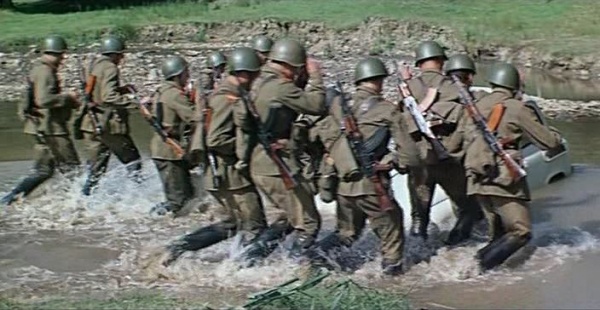 When the soldiers help to pull a car out of the water, AK-74s, seen in the previous scene, switch to AKMs. 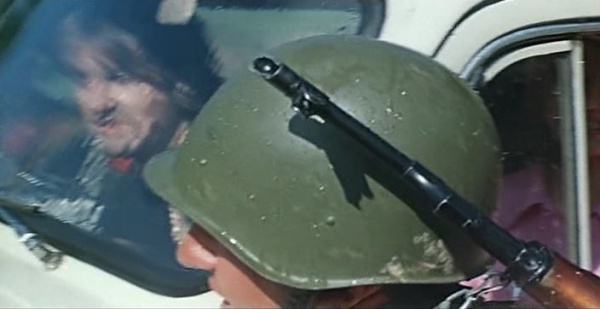 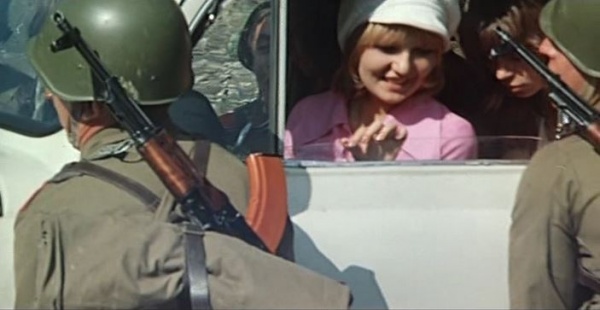 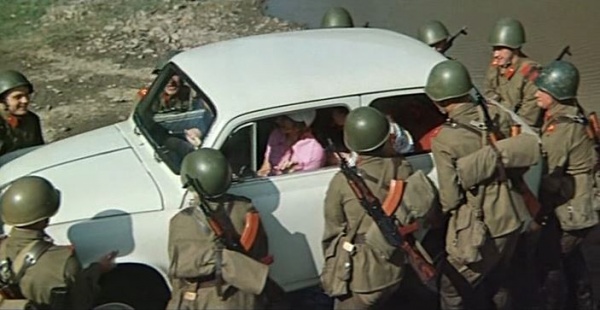 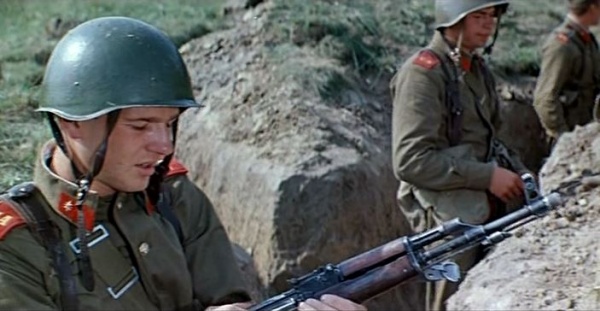 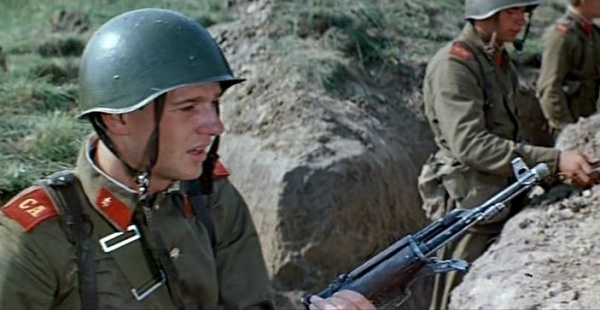 In the scene on the training ground, Pvt. Alik Polukhin (Igor Kostolevskiy) holds an AKM, fitted with a blank firing adapter. 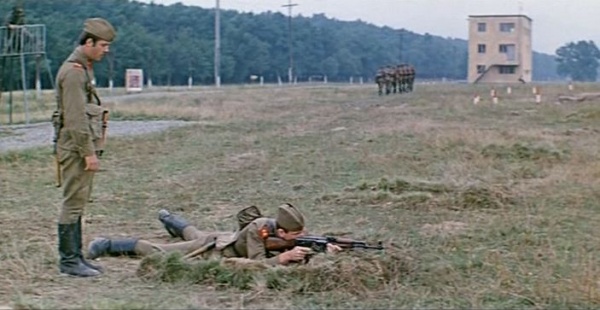 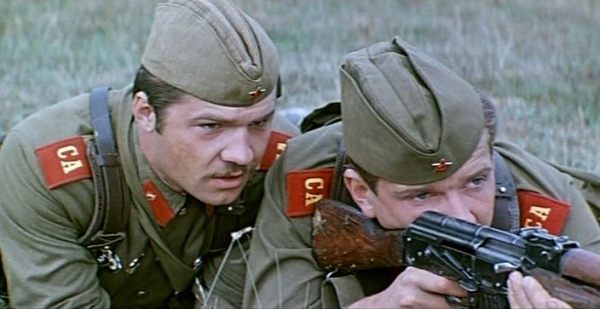 Polukhin holds the AKM on a shooting range. 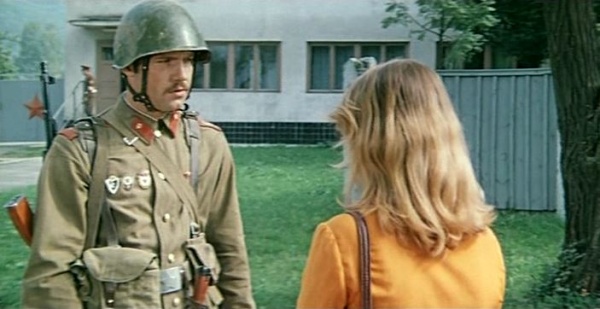 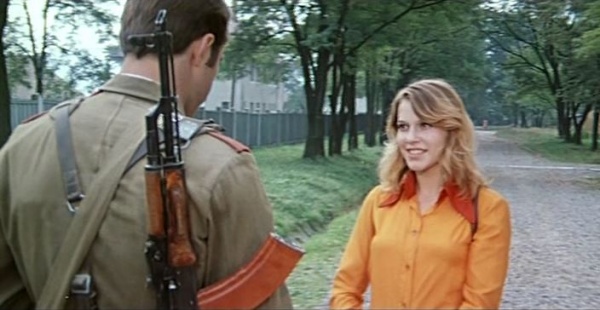 Another view of Karpenko's AKM.

An RPG-7 is seen in one scene. 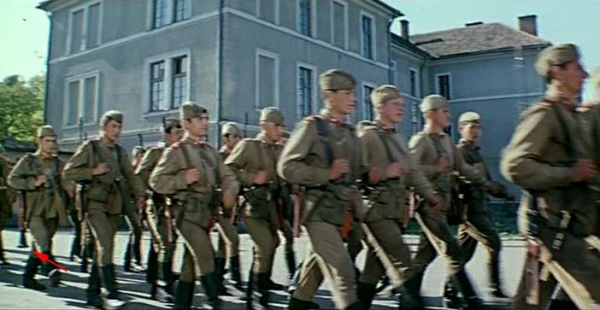 A soldier at far left carries an RPG-7.

The barrel of RPG-7 with folded front sight is seen at the right. 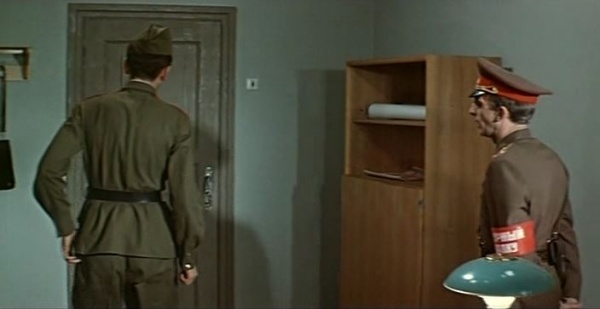 A Captain (Vadim Kondratev) at the right carries a definitely empty PM holster. 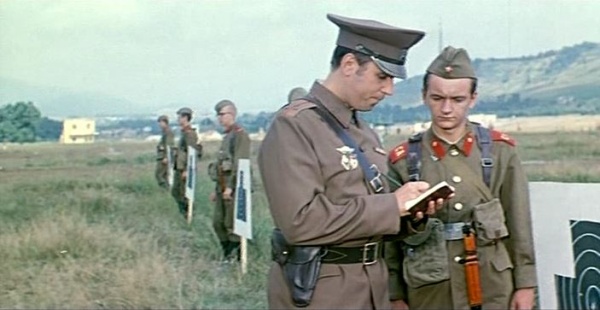 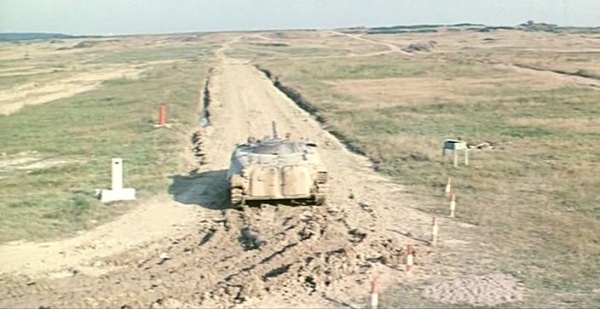 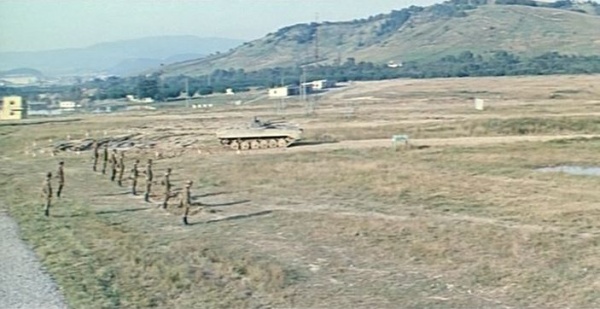 A BMP-1 on the training ground. 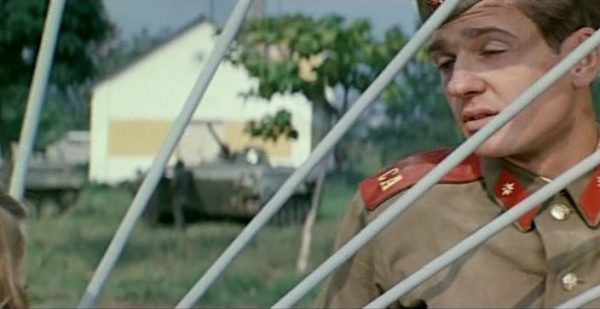 Two BMP-1s are seen at the background.
Retrieved from "https://www.imfdb.org/index.php?title=Spring_Conscription_(Vesenniy_prizyv)&oldid=1487051"
Categories: