The following weapons were used in the anime series Soul Eater Not!:

Beretta 92FS Inox - 9x19mm Parabellum. This pistol was the screen used gun, used throughout the film by Det. Max Kirkpatrick (William Baldwin) and once by Kate McQuean (Cindy Crawford) in the film Fair Game. 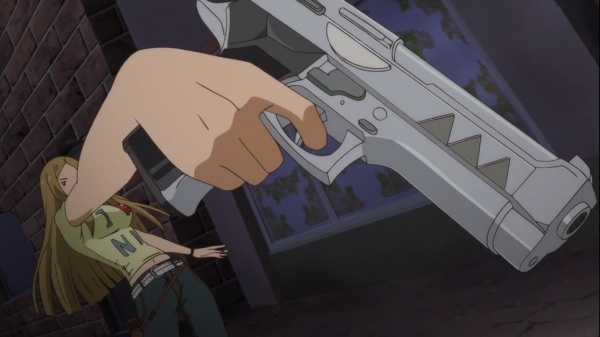 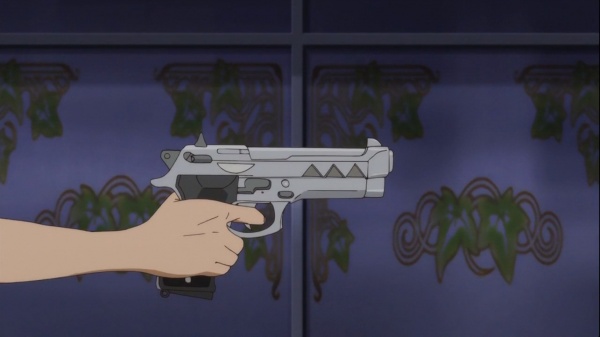 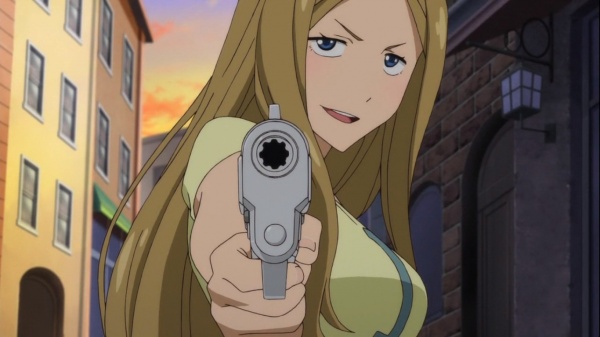 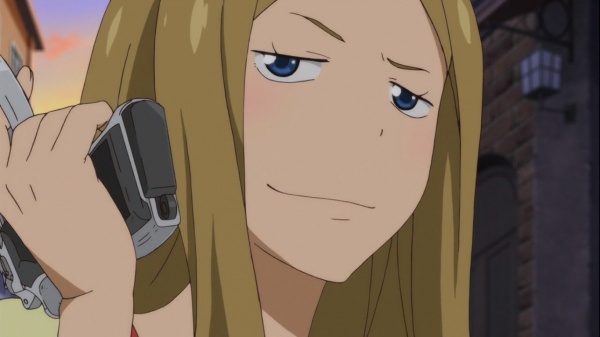 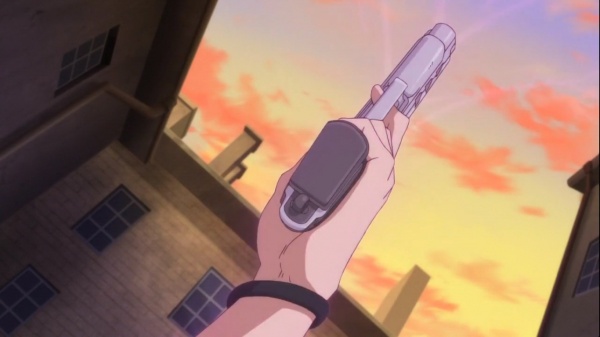 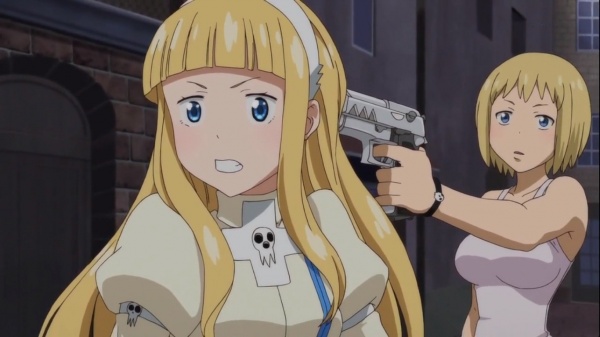 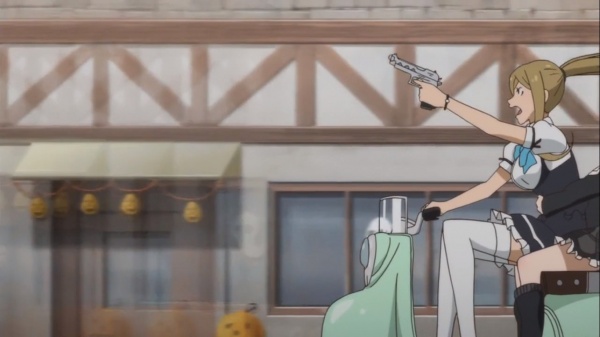 Liz fires her Beretta in air at "Their Various Resolves!" (E11). 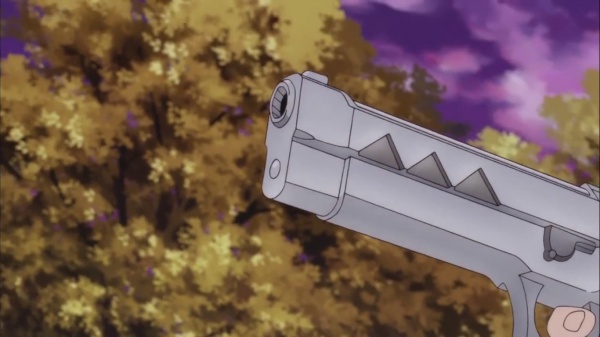 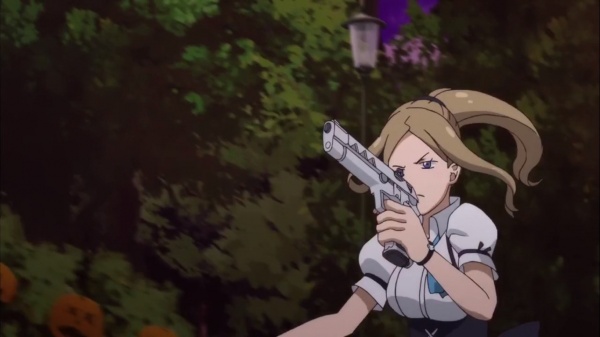 Sniper aims a Karabiner 98k at the "The Beginning of the Nightmare!" (E10). 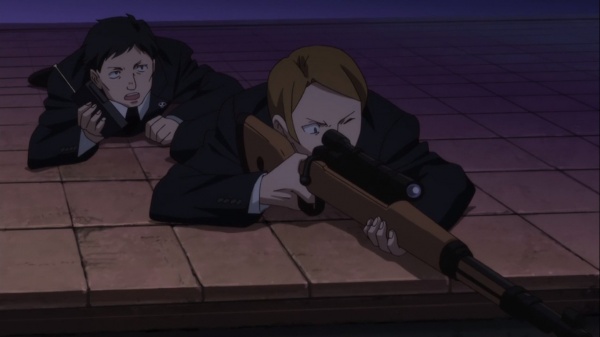 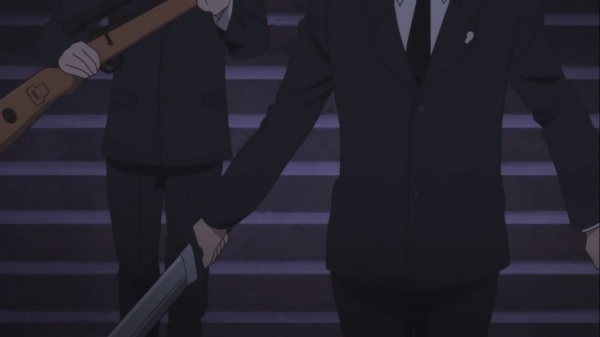 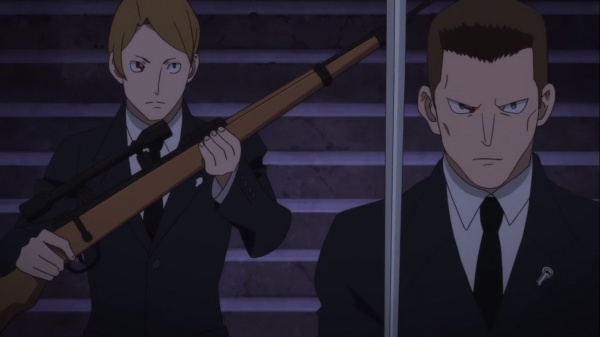 A slightly other view of his rifle.

A M1921 Thompson is aimed by the rival criminal during the shootout with Liz and Patty Thompson at "This is a Real Fight!" (E06). 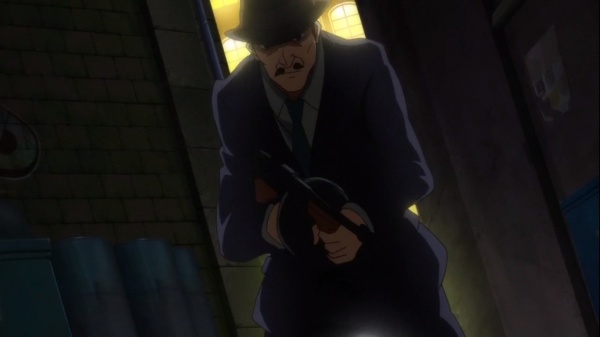 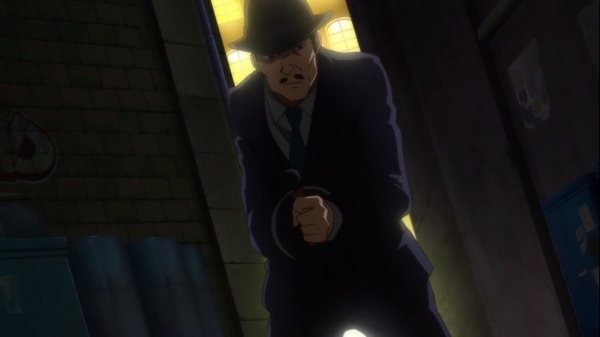 ...and aims it at Tompsons sisters. 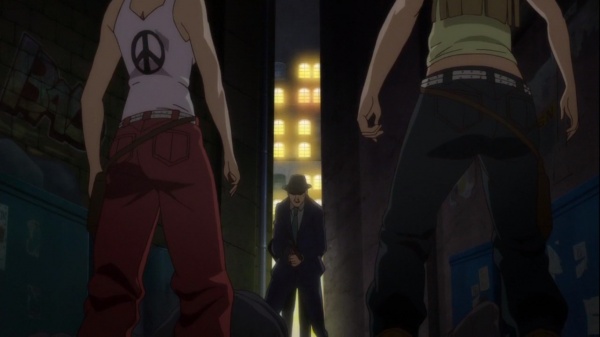 Criminal is killed and drops his Thompson.

Numerous unknown launchers can be seen at the gun shop at the "Nice Day For a Death Bazaar!" (E07). 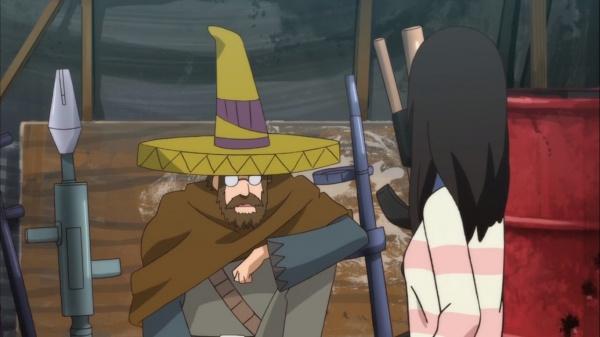 Numerous launchers is seen at the background.
Retrieved from "https://www.imfdb.org/index.php?title=Soul_Eater_Not!&oldid=1439638"
Categories: