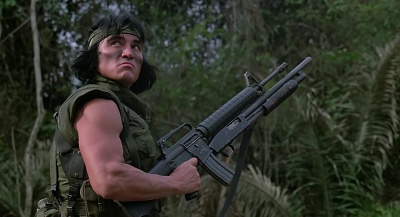 Sonny Landham (1941-2017) was a Native American actor best known to film audiences for his role as the tracker Billy Sole in the 1987 film Predator. In addition, he had several notable roles in other 80's action films such as 48 Hrs., The Dirty Dozen: Next Mission, Action Jackson, and The Warriors. In 2006, he was involved in a serious car accident which resulted both of his legs having to be amputated. He passed away at the age of 76 in August of 2017.