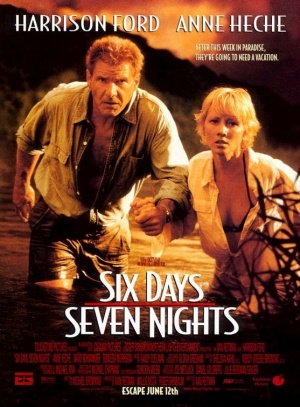 The following weapons were used in the film Six Days Seven Nights:

The leader Pirate Jager (Temuera Morrison) uses a Browning Hi-Power to kill the yacht owner and when he captures Quinn and Robin. 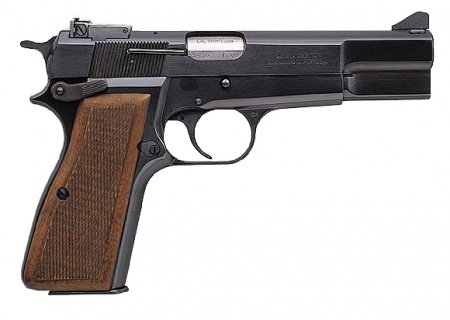 Jager and Kip (Cliff Curtis) arm themselves with Norinco Type 56-1s when they pursue Quinn and Robin.

The pirates pursue Quinn and Robin in a speed boat.

You can see the hooded front sight here

Jager gestures in puzzlement after Quinn and Robin jump off into the ocean.

Pierce (Danny Trejo) arms himself with a Sawn off Winchester Model 1912 shotgun.

Quinn has a Winchester Model 1912 held on him.

Quinn keeps an Orion Flare Gun with one flare on his plane. The flare gun also is seen in the hands of Robin Monroe (Anne Heche). 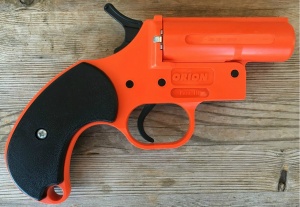 The Pirates utilize a deck gun in the climax of the film.