Silva is a Soviet 1981 two-part made for TV musical comedy directed by Yan Frid. It is a screen adaptation of operetta "The Csárdás Princess" by Hungarian composer Emmerich Kálmán.

Note: while the name of titular character is Sylva, this movie is worldwide known under the direct transliteration of Russian title "Сильва", hence "i" is used instead of "y".

The following weapons were used in the film Silva: 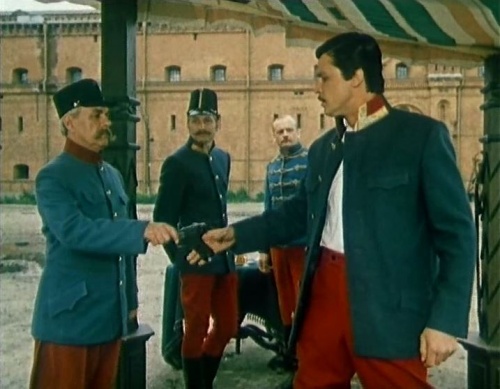 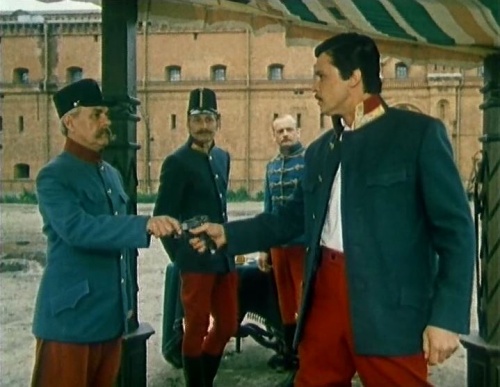 A fellow officer hands a Luger to Edwin. 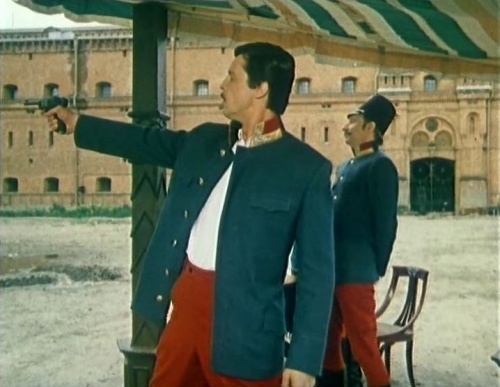 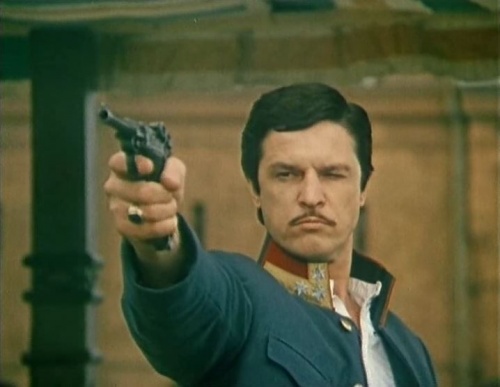 Edwin fires at a newspaper photo, "striking" one by one all Sylva's admirers. 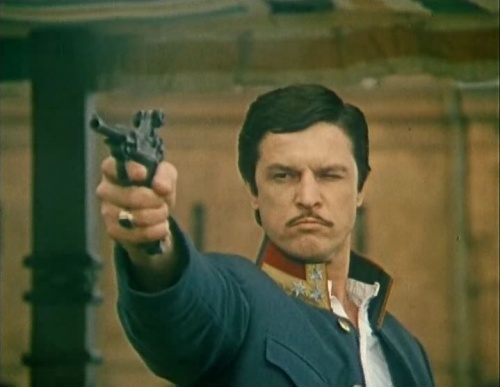 The pistol runs out of ammo, the jointed arm locks in top position, but more sound of gunshots follows.

A pair of Percussion Dueling Pistols is a part of cabaret performer Sylva Varescu's (Zhanna Glebova) scenic image. These pistols seem to be same props, used in numerous Lenfilm productions. 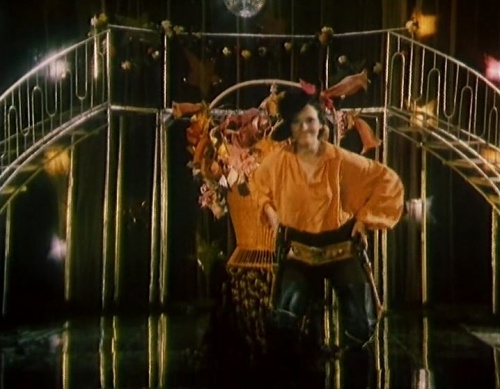 Sylva carries a pair of pistols in her scenic image of a cowboy. 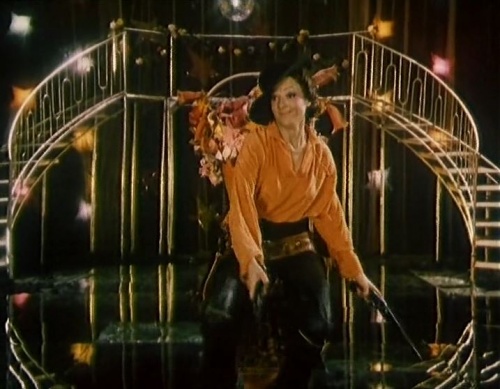 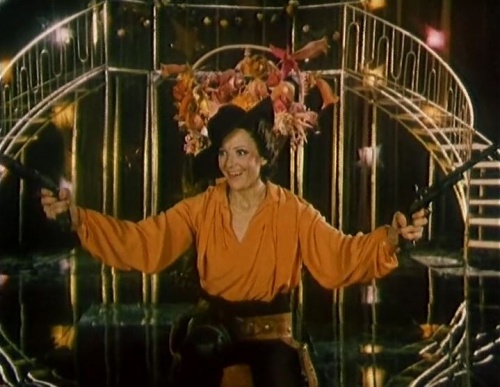 Percussion cap lock can be seen.
Retrieved from "https://www.imfdb.org/index.php?title=Silva&oldid=1290224"
Categories: