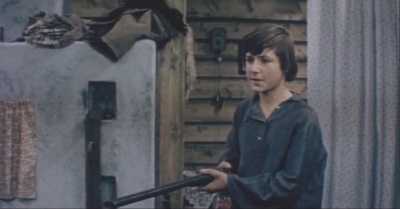 Sergey Yuryevich Shevkunenko (November 20, 1959 - February 11, 1995) was a Soviet actor turned criminal and then crime boss. He started a promising screen career in 1973-1975, acting in leading roles in The Dirk (Kortik), The Bronze Bird (Bronzovaya ptitsa) and The Lost Expedition (Propavshaya ekspeditsiya). But in 1976 Shevkunenko was sentenced for a year in prison for an assault, and later became a seasoned criminal. In mid-1990s he became a crime boss in Moscow and was assassinated together with his elderly mother by a hitman in February 1995, aged 35.