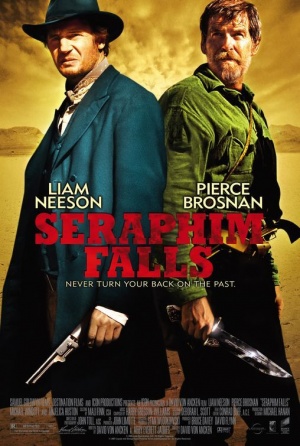 The following weapons were used in the film Seraphim Falls:

Carver (Liam Neeson) carries an iron frame Henry 1860 rifle in the beginning of the film. The iron frame is what the first 400 Henry rifles were produced with (brass was added in late 1862 as production picked up). 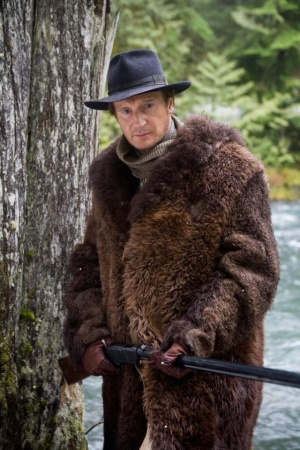 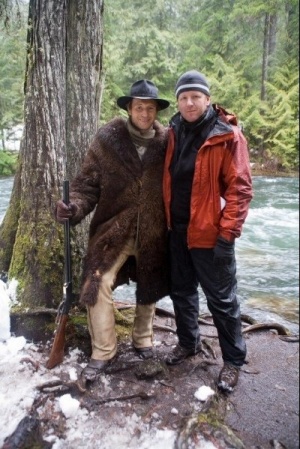 Liam in a promotional still that provides another view of the gun.

Carver (Liam Neeson) also carries a Colt Dragoon .44 caliber as his personal sidearm. This, again, is appropriate for the time period. Gideon (Pierce Brosnan) also is seen holding one. 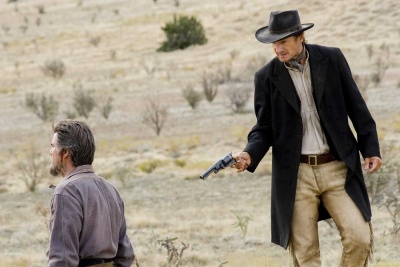 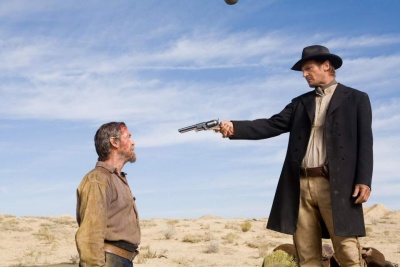 Another production still holding the Dragoon.

Madame Louise (Anjelica Huston) sells Carver a Colt 1849 Pocket model with a Confederate-style brass frame. In the film it is a cartridge converted firearm, as evidenced by the lack of percussion nipples in the fourth photo below. 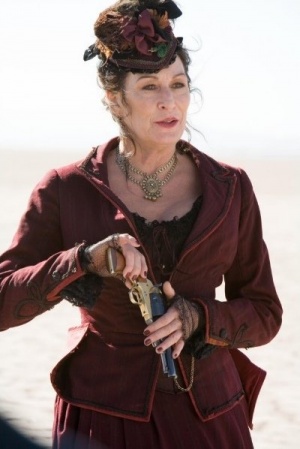 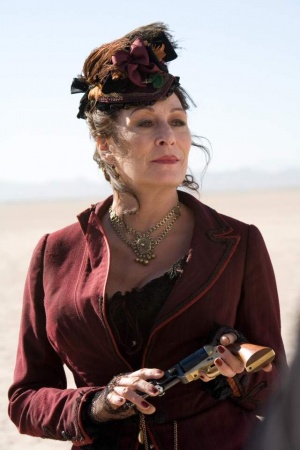 Another view of the pocket pistol. 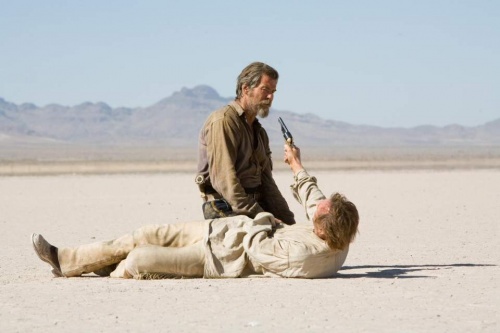 Production still of Carver pointing the pistol at Gideon.

Hayes (Michael Wincott) carries what appears to be a Smith & Wesson Schofield, which would be anachronistic for this movie. 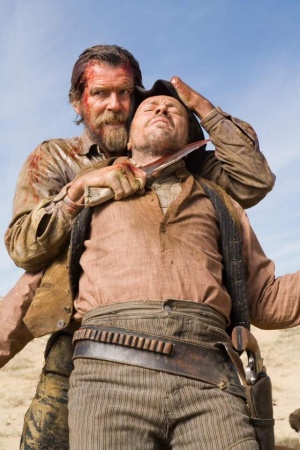 A production still of Hayes being held by Gideon, Schofield holstered. Note that the belt is a "buscadero" style belt, which is also anachronistic (by about 70 years!).

Carver is seen taking a Colt 1851 Navy off a railman when he's threatened by the foreman. Three clues point towards it being a percussion model and not a cartridge conversion: the loading lever is still attached (not a guarantee, but a good sign), you can just make out the indentation on the cylinder for the nipple (the big clue), and brass framed Navys never were/are/should-be converted to fire metallic cartridges.

The Colt 1851 Navy with a Richards-Mason cartridge conversion is seen in the hands of Parsons (Ed Lauter) as well as Charon (Wes Studi). Carver also is seen taking one off a railman when he's threatened by the foreman.

The Colt 1851 Navy with a Richards-Mason cartridge conversion is seen in the hands of Charon (Wes Studi).

In a flashback, Union cavalry under the command of Gideon (Pierce Brosnan) are seen armed with Trapdoor Springfield 1873 Carbine rifles.

A Double Barreled Percussion shotgun is seen in the hands of a young woman (Shannon Zeller) as well as the railway foreman McKenzy (Xander Berkeley).

McKenzy (Xander Berkeley) with the shotgun.