The following weapons were used in the film Scanners: 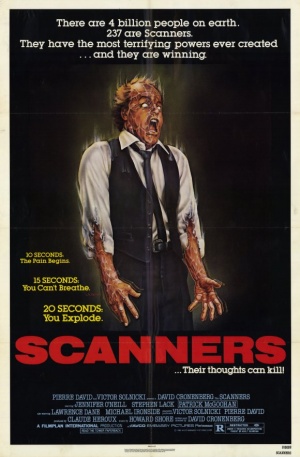 One of the CONSEC agents who chase Cameron Vale at the mall shoots him with a Palmer Cap-Chur Short Range Projector dart pistol. Later, Darryl Revok (Michael Ironside) ambushes Vale outside the maternity clinic with a similar pistol. 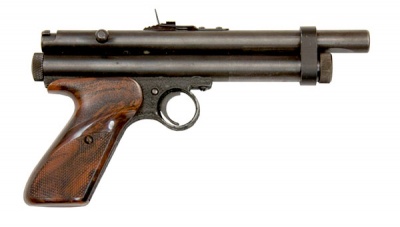 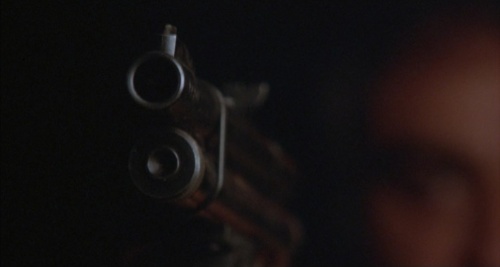 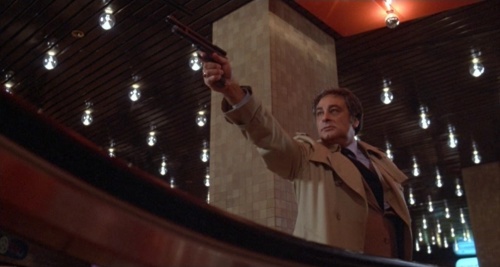 The CONSEC agent takes aim with his Palmer. 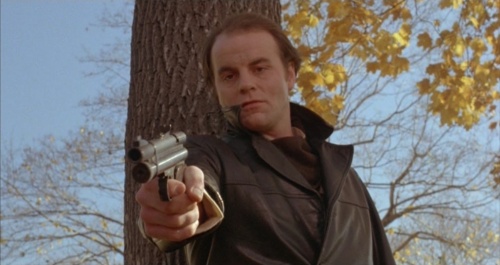 Revok shoots Vale with his Palmer.

The Walther P38 is used by the CONSEC agents and guards. 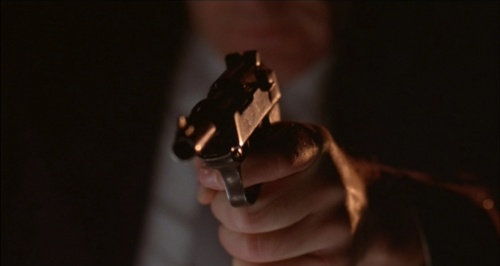 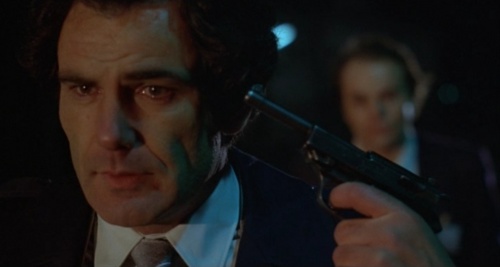 Security One, after killing two of his fellow CONSEC agents, prepares to commit suicide while under Revok's mental control. 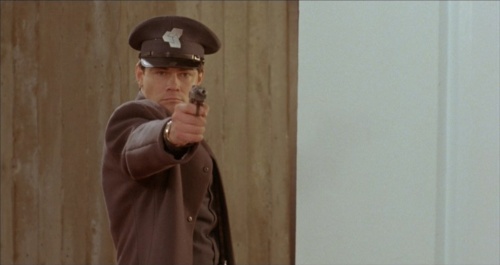 A CONSEC guard with his P38. 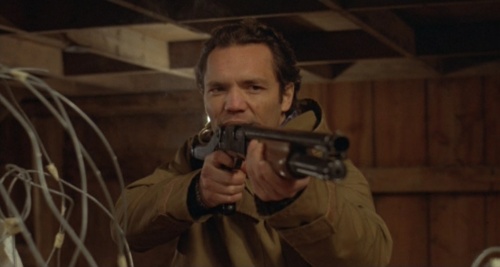 One of Revok's assassins in the barn shoots with his Remington. 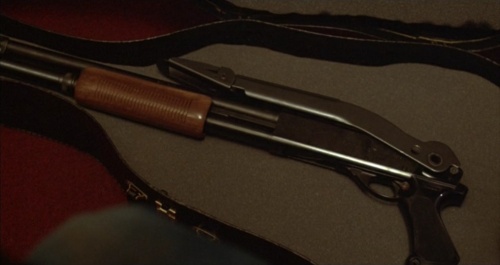 Another assassin's Remington in a guitar case. 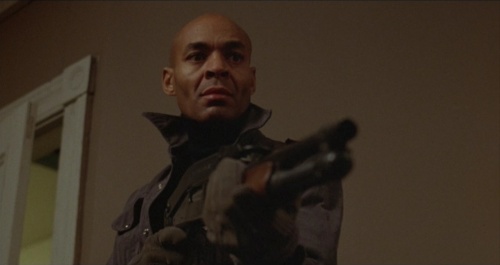 The assassin fires into a group of Scanners. 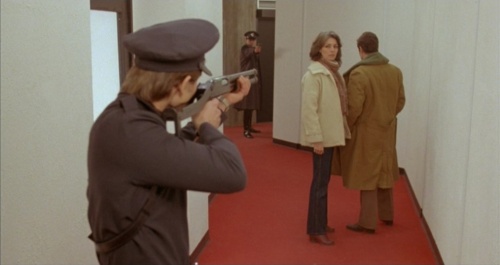 A CONSEC guard aims his Remington with folding stock extended at Kim. 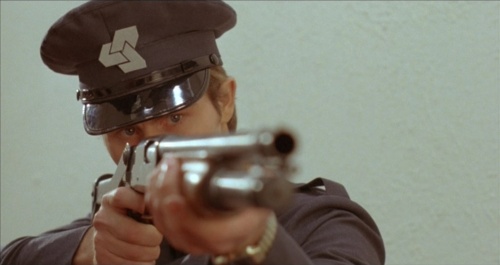 Reverse angle on the guard. 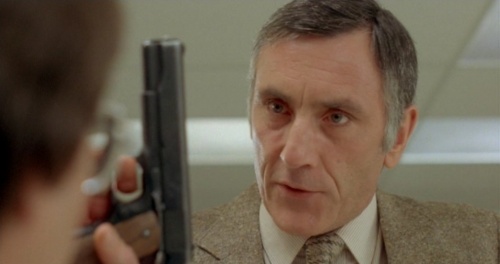 Keller takes out his M1911. Note the trigger. 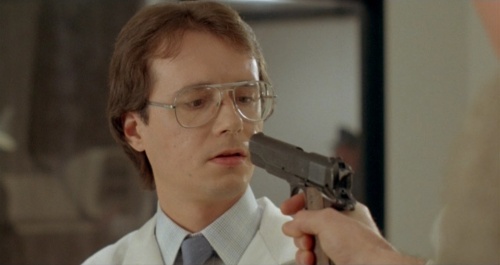 Keller holds the M1911 on a CONSEC technician.
Retrieved from "https://www.imfdb.org/index.php?title=Scanners&oldid=423233"
Categories: