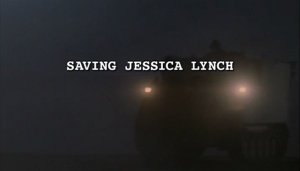 Saving Jessica Lynch is a 2003 Iraq War television film directed by Peter Markle (BAT*21). Based on the true story of the events surrounding the ambush and capture of Private Jessica Lynch (Laura Regan) by insurgent forces when her convoy was attacked during the initial days of the US invasion on March 23, 2003, as well as her time in Iraqi captivity and eventual rescue by US Special Forces. The film aired on NBC on November 9, 2003 (less than eight months after the actual incident) and was one of the first to depict the Iraq War in a dramatic film.

The following weapons were used in the film Saving Jessica Lynch:

The M16A1 with A2-style handguards is used by the majority of the American forces, including PFC Jessica Lynch (Laura Regan). It is easy to noticed that these are M16A1 rifles by the brass deflectors and elevation-adjustable rear sights, older forward assists, and the obvious fully automatic firing mode.

M16A1 with A2-style handguards - 5.56x45mm. Putting the distinctive A2 handguards on the older rifle was a method used by Movie/TV armorers to simulate A2 rifles when M16A1s were the only ones available. The same thing has been done vice-versa, using M16A2's with A1 handguards for Vietnam War B-Movies. 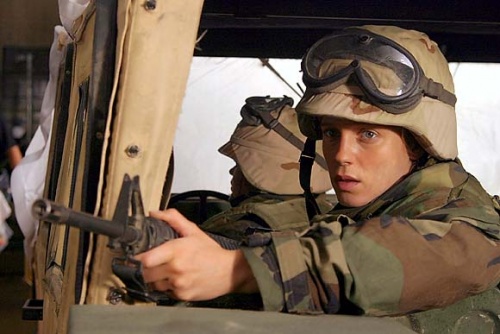 A soldier handles the M16 in a production image. 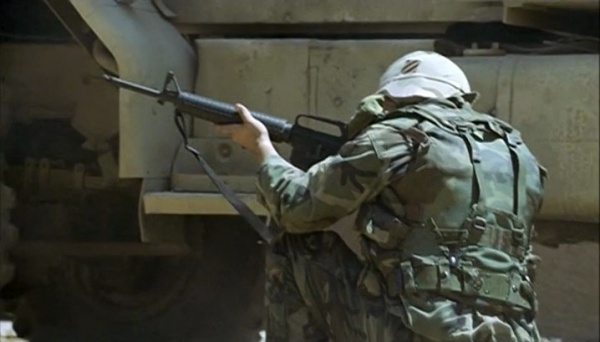 A soldier opens fire with his rifle. 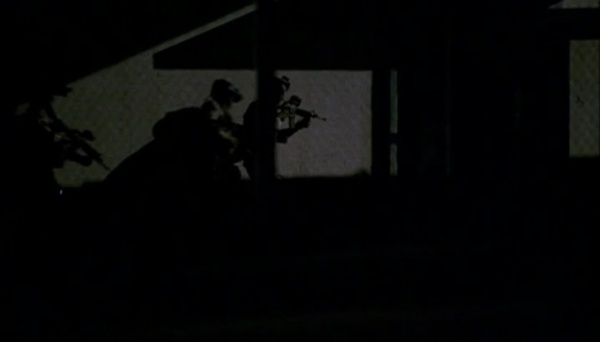 US Navy SEALs armed with the M4A1 during the rescue.

A Ruger Mini-14 with folding stock and shortened barrel is used by one of the insurgent leaders when executing civilians and ex-Iraqi army soldiers. 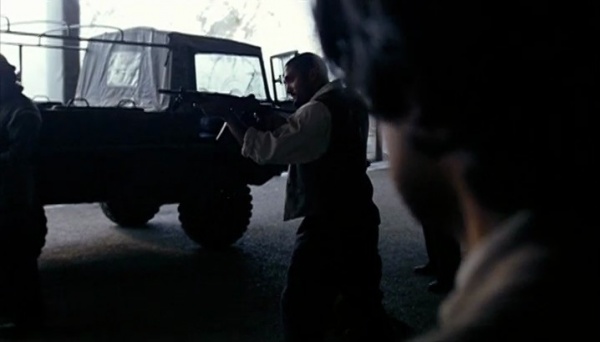 Insurgent leader with his Ruger.

The AK-47 is used by both Iraqi soldiers and insurgents. 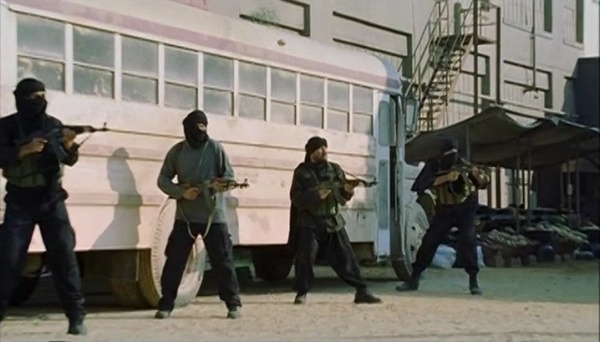 The AKMS variant is used by many Iraqi insurgents.

Few M60s can be seen mounted on light assault vehicles and used by the Iraqi insurgents. 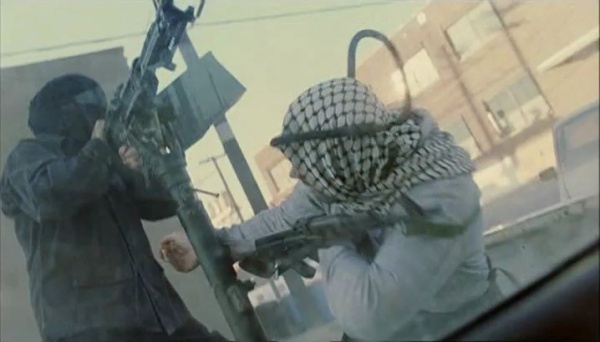 The M60 is used by an insurgent.

M60D machine guns are mounted on the Black Hawk helicopters who brought the rescue team for PFC Jessica Lynch and the other American POWs. 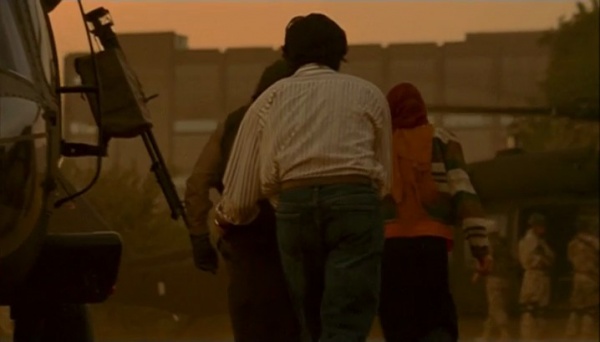 M60D machine guns are mounted on the Black Hawk helicopters.

A Type 69 RPGs can be seen twice fired on the U.S. convoy when it enters the city of Nasiriyah. 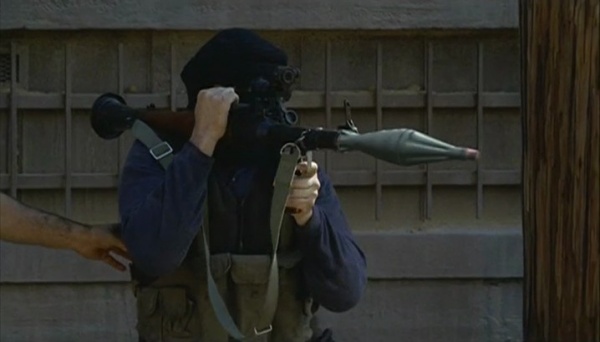 An RPG about to be used by an insurgent.

The Browning M2HB is only seen in the beginning of the film, mounted on M1 Abrams tank but never been fired. 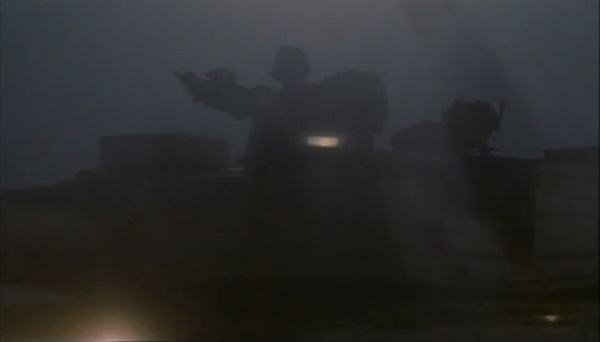 The Browning M2HB is only seen in the beginning of the film, mounted on M1 Abrams tank but never been fired.
Retrieved from "https://www.imfdb.org/index.php?title=Saving_Jessica_Lynch&oldid=1227088"
Categories: