The following weapons are featured in the film Salvation Boulevard:

Peter Blaylock (Ed Harris) own a collection of Flintlock pistols. Dan Day (Pierce Brosnan) one of those weapons used. 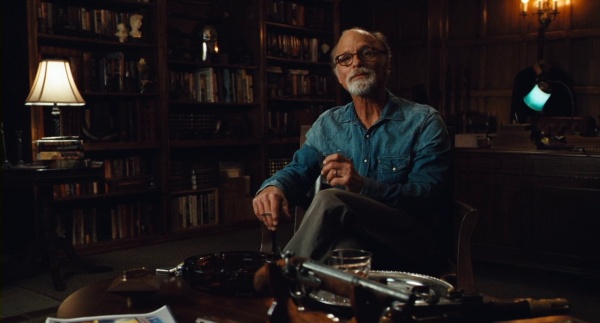 One "Queen-Anne" flintlock pistol on lays on Blaylock's table. 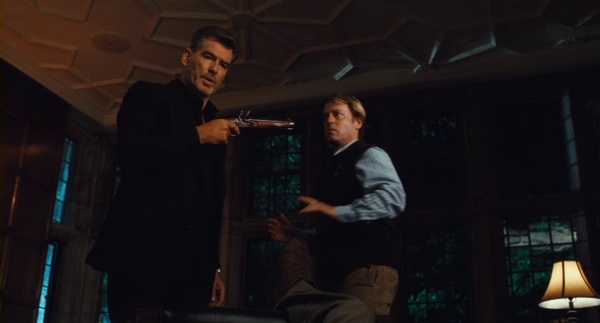 Dan Day holds another flintlock pistol in his hand.

Jerry Hobson (Jim Gaffigan) carries a Glock 17. Also policeman on the road has in a holster this pistol. 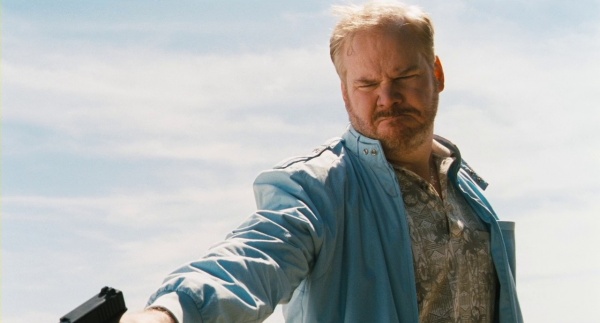 Jerry Hobson put to the Carl's head his Glock 17. 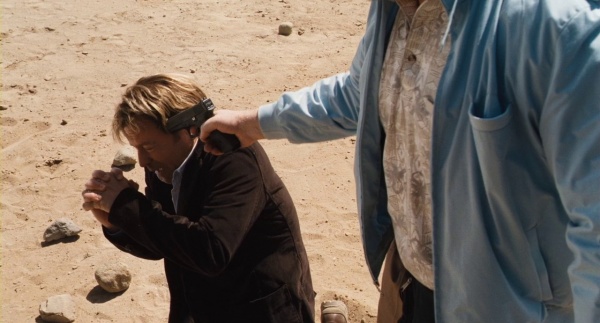 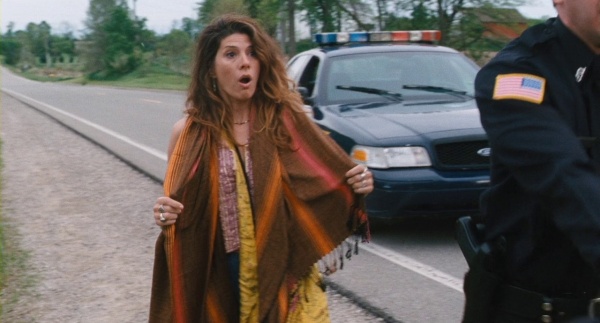 Policeman on the road with a Glock in his holster on a waist. 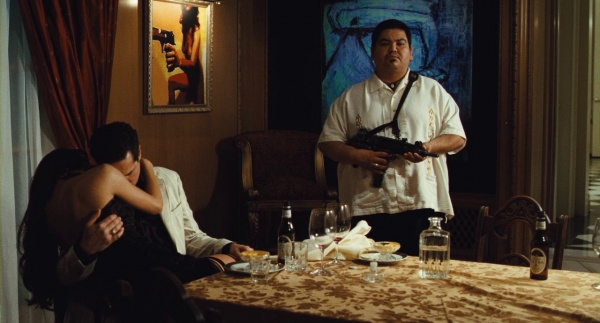 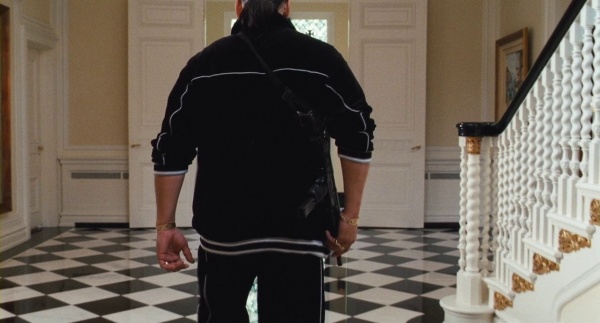