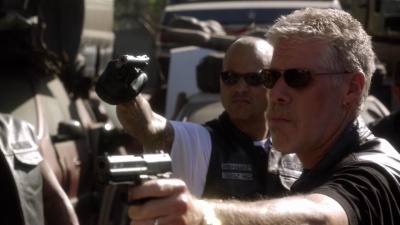 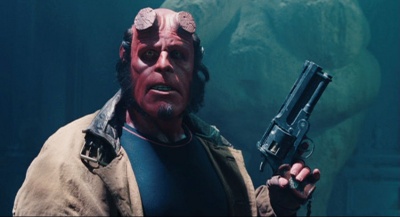 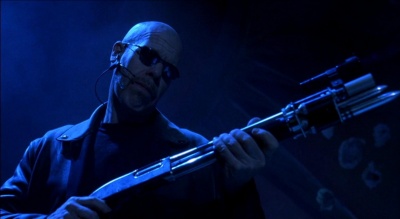 Ron Perlman with his modified Remington 870 as Reinhardt in Blade II.

Ron Perlman is an American actor well known for his science fiction and fantasy roles, often times in full prosthetic makeup. Among his more notable roles were as Vincent in the 1980s CBS series Beauty and the Beast and as the title character in 2004 feature adaptation of Hellboy and its sequel. and as Clarence "Clay" Morrow in the FX series Sons of Anarchy. In addition, he is frequently cast in the films directed by Guillermo del Toro, including the aforementioned Hellboy, Blade II, and Pacific Rim.