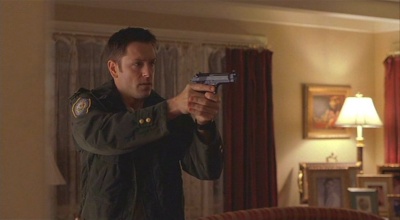 Ron Eldard as Burdon holds the Beretta in House of Sand and Fog.