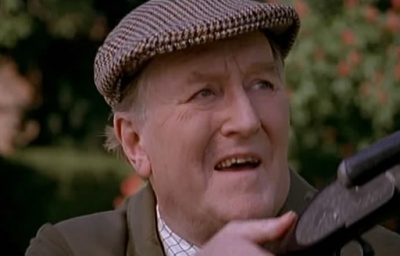 Timothy Sydney Robert Hardy was an English actor who had a very long and successful career in theatre and cinema. He started his career in late 1950s and appeared on screen until 2015 (his most recent role is Cornelius Fudge in Harry Potter movies).