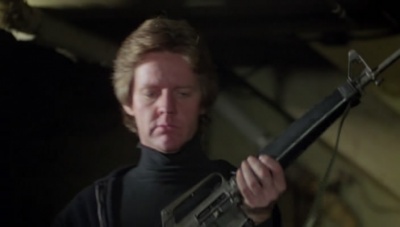 Christopher Robert Ginty (November 14, 1948 – September 21, 2009) was an American actor, film director, producer, and scenarist. He appeared in several television series such as Baa Baa Black Sheep as well as numerous B-movies in the 1980's and 1990's including The Exterminator and its sequel Exterminator 2 and mainstream films such as Harley Davidson and the Marlboro Man. As an independent producer and director, he also made about a dozen movies and TV series. He also was the father of actor James Francis Ginty.