Rick Gomez carries a SIG-Sauer P226 as the Sheriff in Transformers (2007). 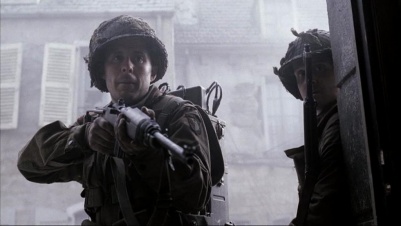 Rick Gomez is an American actor who is well known for his role as George Luz in the miniseries Band of Brothers and also has had appearances in the series Boomtown and Justified. He also is the brother of actor Joshua Gomez.