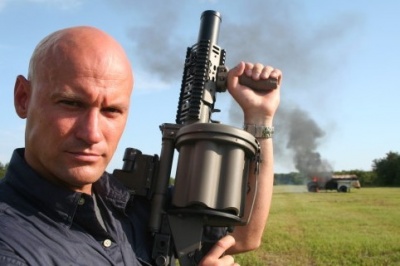 Richard "Mack" Machowicz was a former US Navy SEAL who was well known to many television viewers as the host of the Discovery Channel show Future Weapons. In addition, he had appeared in several similar series, including co-hosting SPIKE's Deadliest Warrior for its last season."Mack" passed away on January 2, 2017, after a long battle with brain cancer.