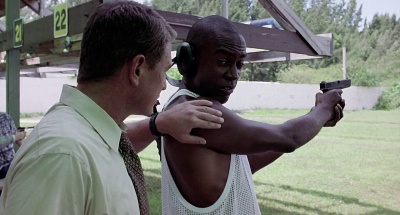 Richard Brooks fires the Glock 17 as Wellman in The Substitute. 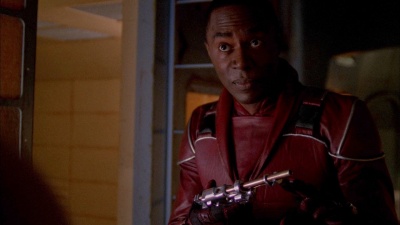 Richard Brooks with a fictional weapon as Jubal Early in Firefly.

Richard Brooks is an American actor who has appeared in such films as The Hidden and The Substitute, but is well known to television audiences for his role as Assistant District Attorney Paul Robinette in the first three seasons of the original Law & Order.