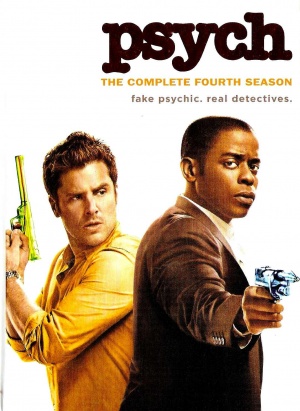 Psych was a USA Network original series that starred James Roday as Shawn Spencer, a young private investigator who finds that his acute powers of observation has convinced the Santa Barbara Police Department that he has psychic abilities that can be used to help solve crimes. Throughout the series, Shawn, together with his best friend Gus (Dulé Hill), form a private investigation agency and find work as crime consultants for the Department. Psych aired for 8 seasons from 2006 to 2014, and a television film premiered on the USA Network in 2017.

The following lists the seasons and television films of Psych: