Perry Lang is an American actor who in addition to his numerous acting roles has directed several films including Men of War. He also directed episodes of such television series as Alias and NCIS: Los Angeles. 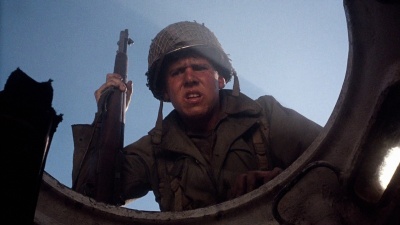 Perry Lang as "Babyface" Kaiser holds the M1 Garand in The Big Red One.