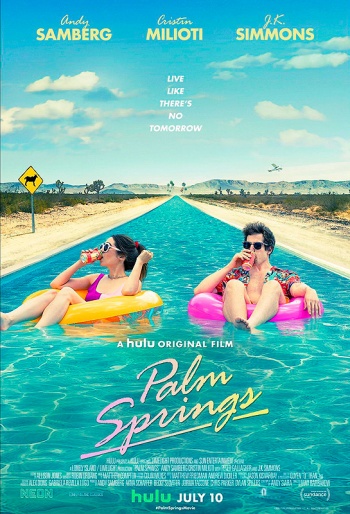 Palm Springs is a Hulu Streaming Service Original 2020 Science Fiction Comedy starring Andy Samberg, Cristin Milioti, and J.K. Simmons, where several people find themselves trapped in an endless time loop in the Desert, reliving the same day of a Wedding, where the day resets the moment any of them dies or falls asleep. They maintain the memories of each day they live in the time loop, thus experiencing weeks, perhaps years of living the same day over and over again.

The following weapons were used in the film Palm Springs: 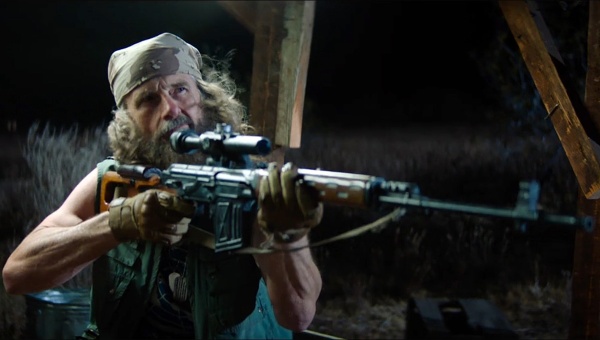 While shooting at targets at Spuds' makeshift target range, Nyles (Andy Samberg) carries a 12 gauge shotgun with a scope mounted on the receiver. No angle is shown which would help identify it. 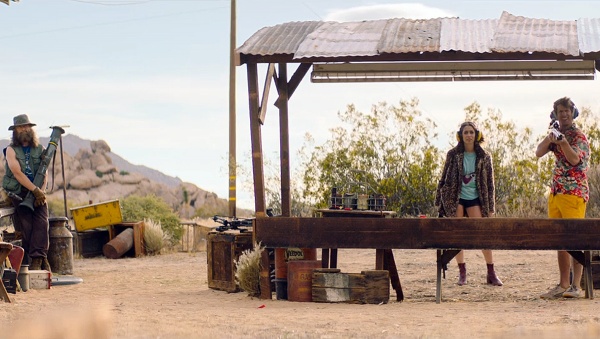 Nyles (Andy Samberg) aims a 12 gauge shotgun with a scope 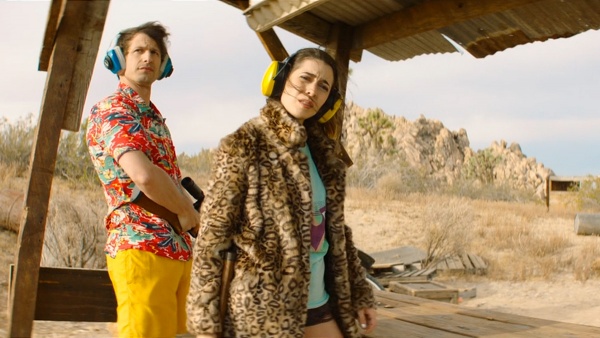 Nyles (Andy Samberg) holds a 12 gauge shotgun with a scope

Sarah (Cristin Milioti) racks the slide on her Mossberg 500 shotgun with a one handed pump before she scores a bullseye at the Spud's makeshift Target Range.

Mossberg 500 with wooden version of recent variant foregrip and stock. 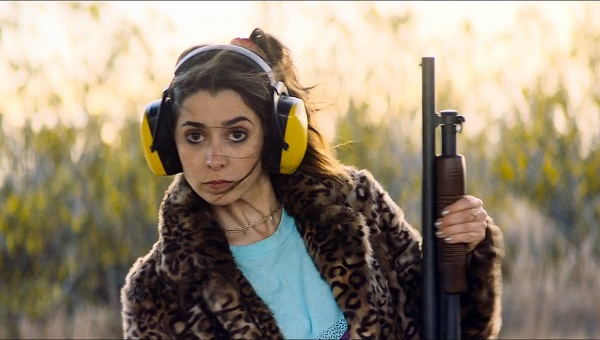 Sarah (Cristin Milioti) racks her Mossberg 500 shotgun while looking at the target downrange. 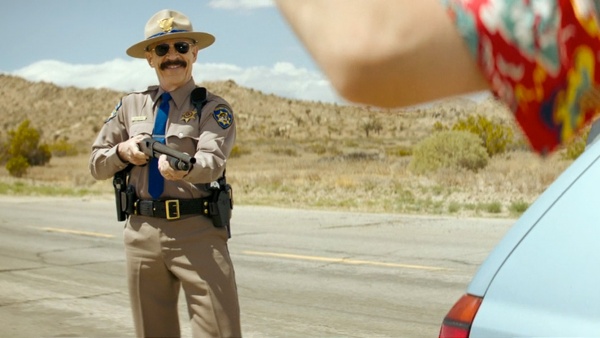 Spuds (Brian Duffy) holds an M136 AT4 Rocket Launcher as he talks to Sarah at the target range. 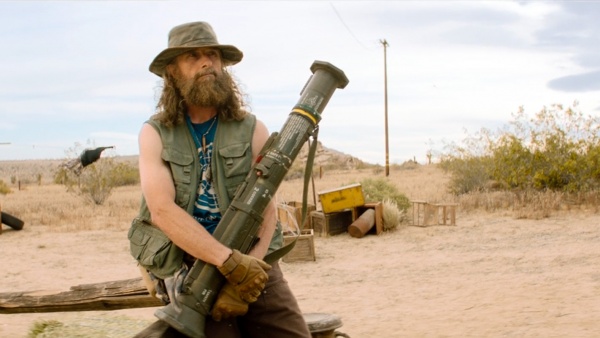 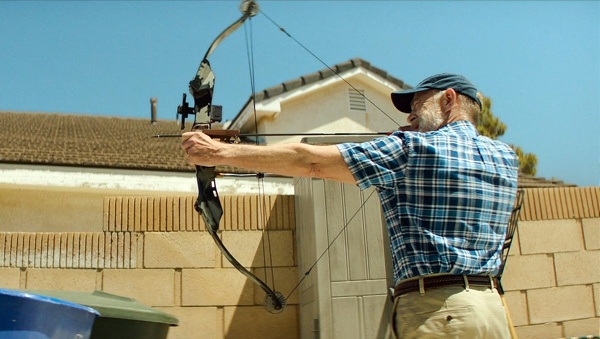 Both Roy (J.K. Simmons) impersonating a California Highway Patrolman and (Ryan Sturz) as a real CHP officer, carry X26 Tasers. Ryan Sturz's character is the only one who fires his. 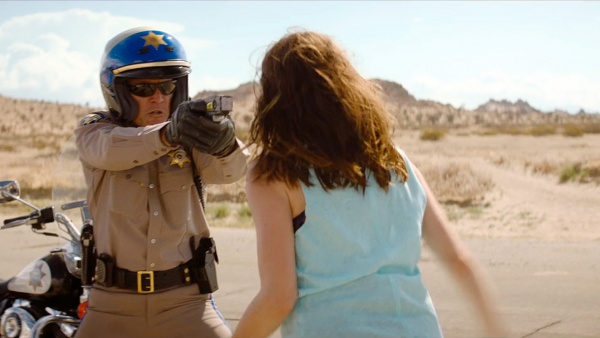 CHP Motor Cop (Ryan Sturz) fires his Taser X26 at Sarah, but she ducks and he hits Nyles instead.

Both Roy and The CHP Motor Cop carry what looks like a Two Toned pistols in their holsters. Since they are never taken out, it's hard to verify what they are.