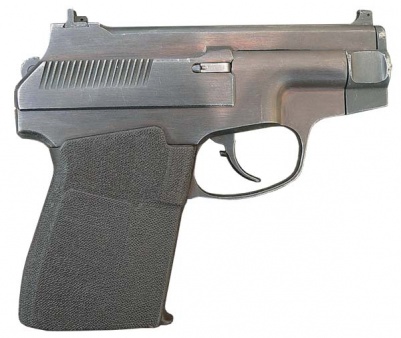 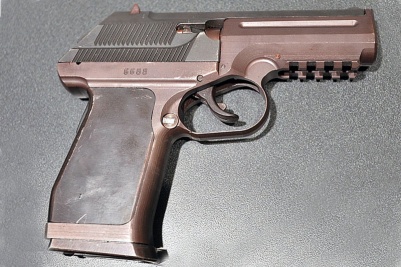 Contrary to what might be expected, the relatively long cartridge length for this pistol is not largely filled with smokeless powder (as is the case for most conventional pistol cartridges), but is instead dedicated to a unique piston system that, when the cartridge is triggered, delivers enough force to fire the bullet to an effective range of 25 m, afterwards sealing the cartridge neck to prevent the escape of flash, smoke, or noise. This unique system is what allows the PSS to achieve virtually noiseless semi-automatic operation without the use of bulky suppressors or slide locks that would hamper its concealability or quick deployment. This same feature, however, is also responsible for the weapon's very short range.

The PSS Silent Pistol and variants can be seen in the following films, television series, video games, and anime used by the following actors: