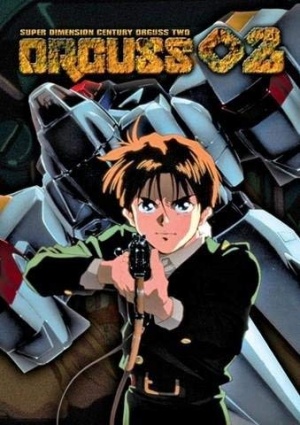 Super Dimension Century Orguss Two or more simply Orguss 02 is the second entry in the Orguss series and the only one to see an official release in PAL regions. Starting with a young man named Lean looking for buried robots the dub terms "Decimators," the story soon becomes more complex as conflicts play out both on and off the battlefield.

The following weapons were used in the OVA Orguss 02:

As Zafrin's gigantic Verifer Decimator attacks a Rivellian trench line, a soldier is briefly seen stood at ease with an M1 Carbine slung over his shoulder. Lean's bolt-action rifle is sometimes also drawn off-model with an M1 magazine. 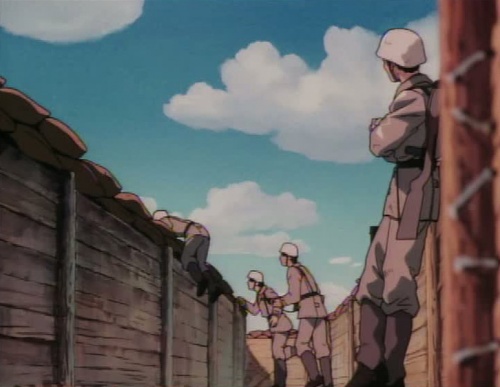 An oddly relaxed Rivellian soldier has an M1 Carbine slung over his shoulder as others flee the trench. 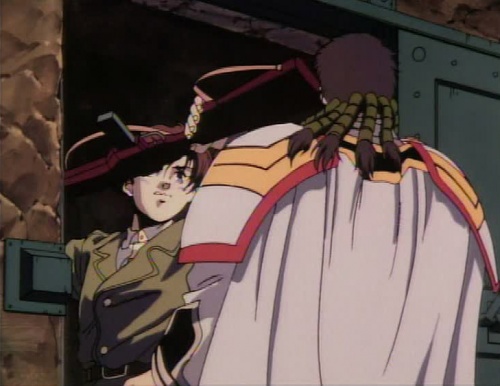 Lean hits Minister Karachi with his distinctly off-model bolt action rifle, which has apparently decided to turn into an M1 for a few frames here.

A large Rivellian flying boat mounts three turrets with twin Browning M2 Aircraft heavy machine guns; one under each wing and one dorsal. 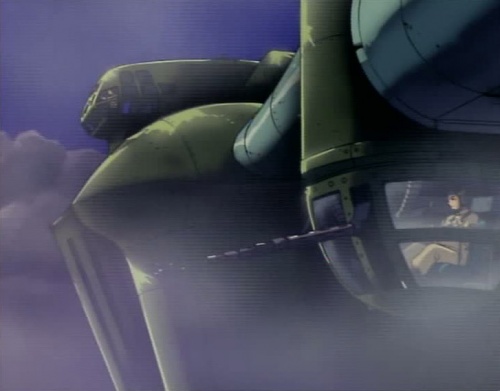 A turret under the flying boat's wing is armed with twin M2 Brownings. 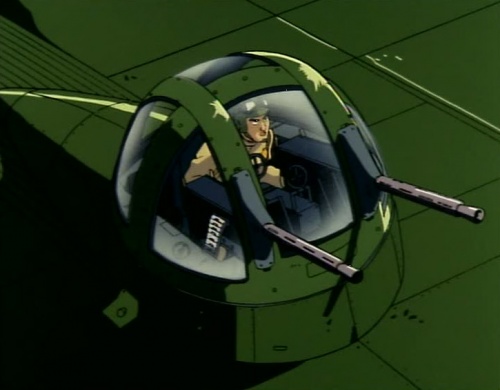 The dorsal gunner checks for an approaching Decimator. "No sighting." 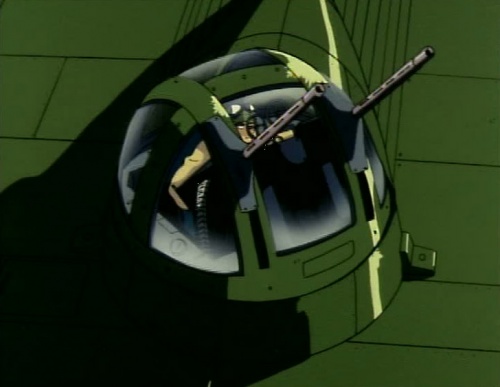 The same gunner tracks his target, but soon finds his guns unable to fire between the flying boat's twin tails.
Retrieved from "https://www.imfdb.org/index.php?title=Orguss_02&oldid=1322562"
Categories: