Noah Emmerich with a Smith & Wesson 4006 as Jack Tanner in Cellular. 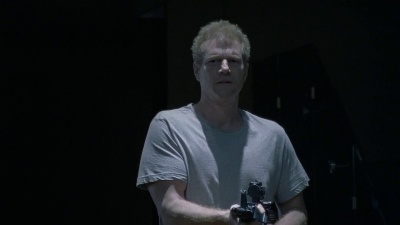 Noah Emmerich holds an M4A1 as Dr. Edward Jenner in The Walking Dead.

Noah Emmerich is an American actor whose film credits include Cellular, Windtalkers, Frequency, and Super 8 as well as the television series The Walking Dead and The Americans. He also is the brother of Toby Emmerich, the current chairman of the Warner Bros. Pictures Group.