Murder of the Witness (Ubiystvo svidetelya) is a 1990 Soviet detective movie directed by Eduard Gavrilov.

The following weapons were used in the film Murder of the Witness (Ubiystvo svidetelya): 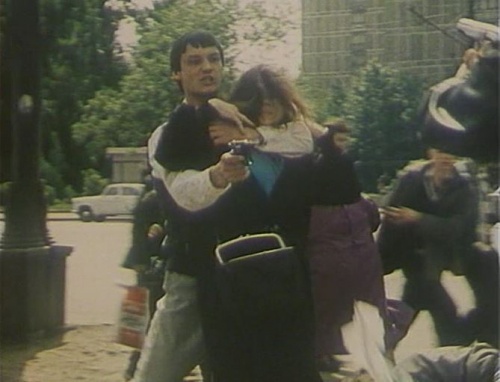 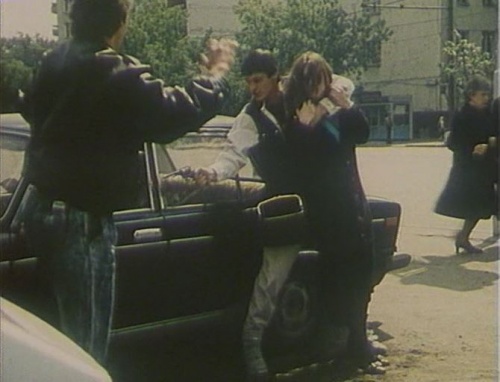 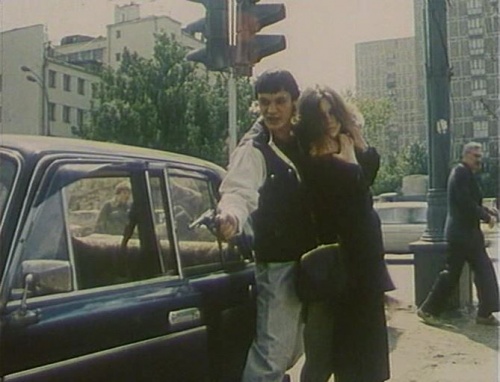 Kuzin holds a Nagant when taking a woman as hostage. 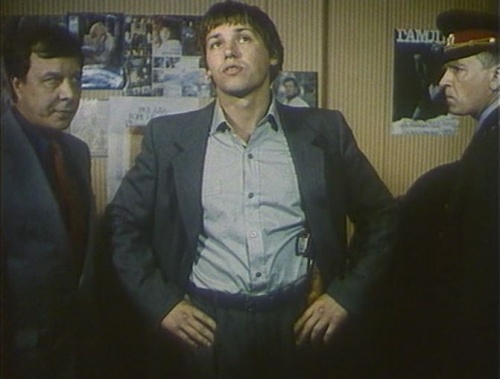 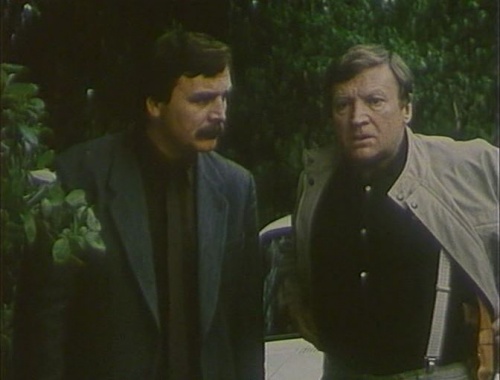 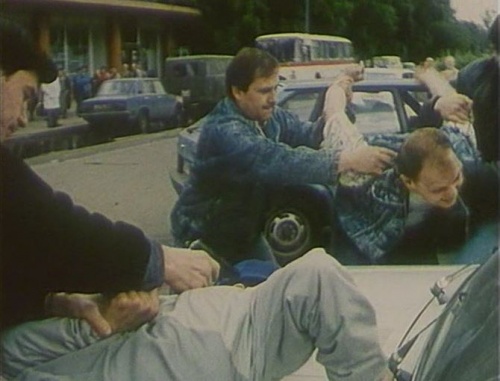 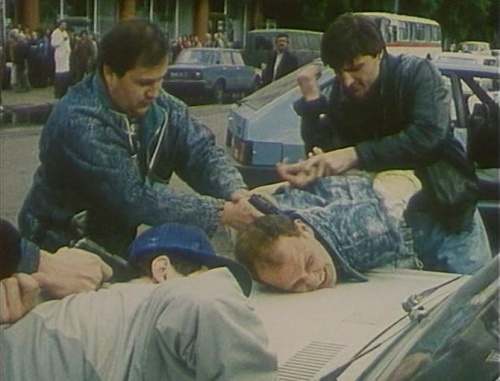 Militsiya snipers are armed with sniper rifles that look very close to Dragunov SVD but have different flash hiders, too short in comparison with SVD and resembling later modification SVDS that entered service only in 1994. 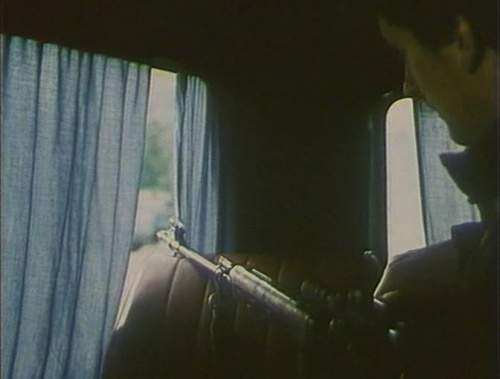 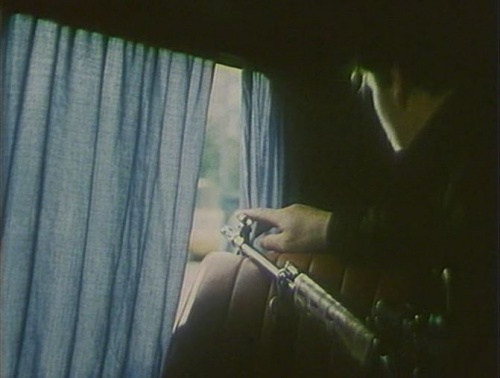 A sniper inside a car. Note the flash hider that looks different from standard SVD. 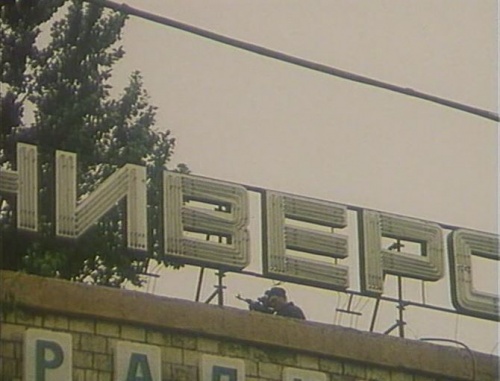 A sniper on supermarket rooftop. 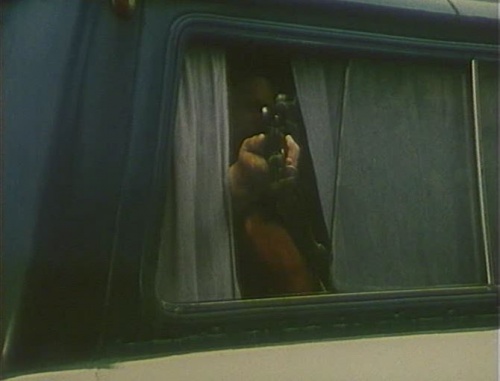 A sniper aims from a car.

During the robbery in supermarket Vladimir Anatolyevich Shvetsov (Boris Shuvalov) is armed with a homemade bolt action single shot rifle. This is an actual criminal gun, loaned for filming from Militsiya. 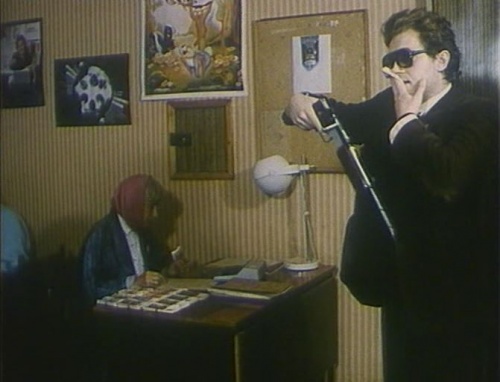 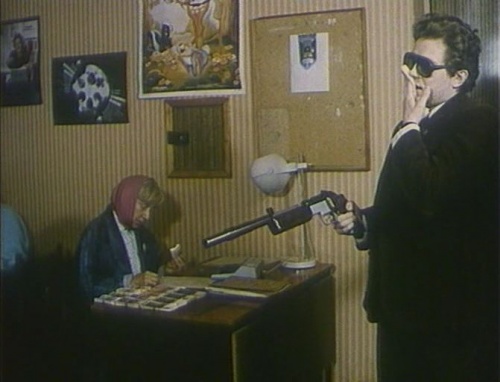 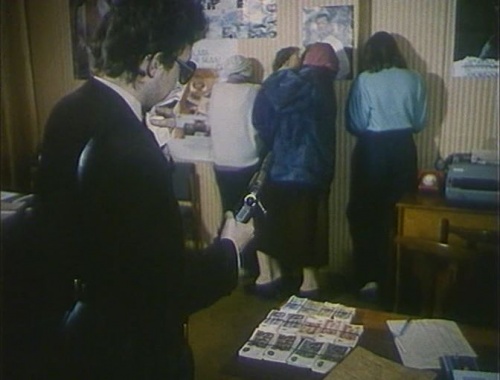 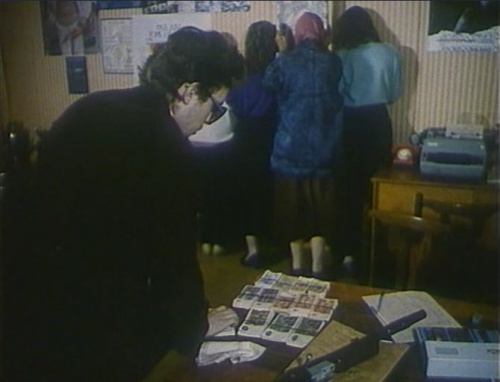 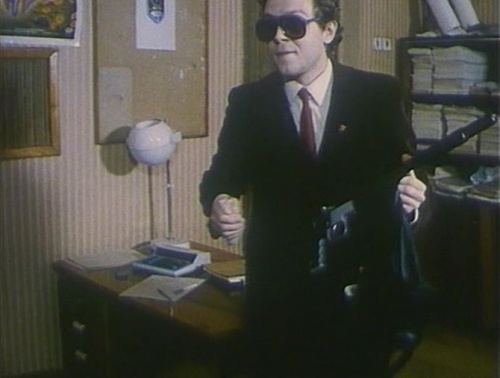