Mothra (モスラ Mosura) is a 1961 Japanese film, directed by Ishirô Honda (Godzilla (1954)). The film is part of Toho's long running Godzilla franchise (and is often referred to as such), and introduced the company's second most recognized icon, Mothra herself.
The following weapons were used in the film Mothra:

Clark Nelson (Jerry Itô) owns the FN Model 1905 pistol. It is most likely a plastic mockup 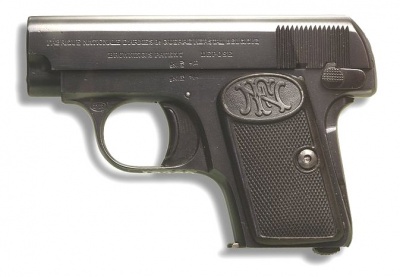 Pistol in the box.

At the film's climax, Clark Nelson uses an unknown pistol.

Scientists carry M1 Thompson submachine guns on the island. Police at the end of the film also use it. Due to the pink muzzle flash, it's most likely a flashpaper gun. 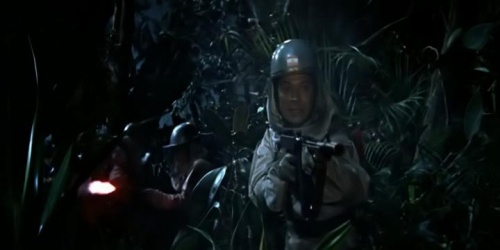 Scientists also use the M1 Carbine on the island. Dr. Shin'ichi Chûjô (Hiroshi Koizumi) holds one at the one moment

Some policemen at the film climax can be seen armed with unknown rifles.

Rifle at the right.