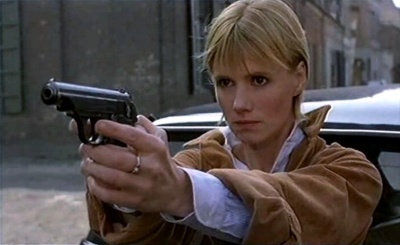 Miou-Miou (born Sylvette Herry) is a French actress born in 1950 in Paris, France. She picked up the nickname of "Miou-Miou" by French actor Coluche because she was "nice, quiet and clean" like a kitten. She then adopted that nickname as her professional stage name.