The following firearms can be seen in the film Mickey Blue Eyes: 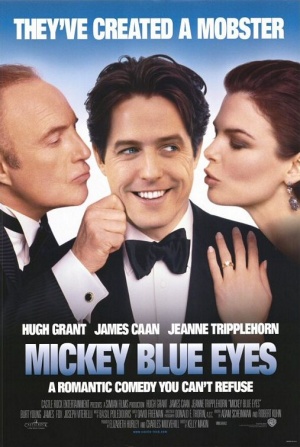 Johnny Graziosi (John Ventimiglia) uses a suppressed Walther PPK/S when he barges in on Michael (Hugh Grant) and Gina (Jeanne Tripplehorn). Gina subsequently fires the PPK towards the ceiling when the bullet ricochets into Johnny. Vinnie D'Agostino (Joe Viterelli) uses a PPK to "shoot" Gina at the wedding. In the last two pictures of the PPK pictures, the gun doesn't look much like a PPK to me. 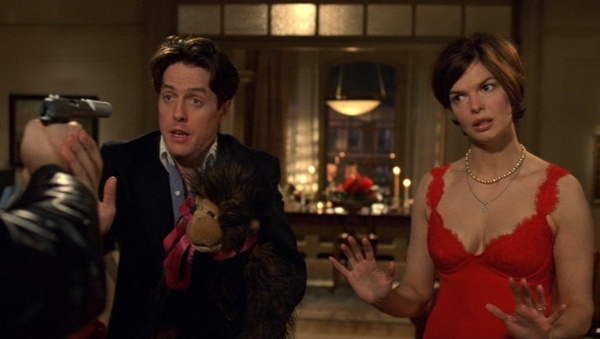 Johnny aims his PPK at Michael. 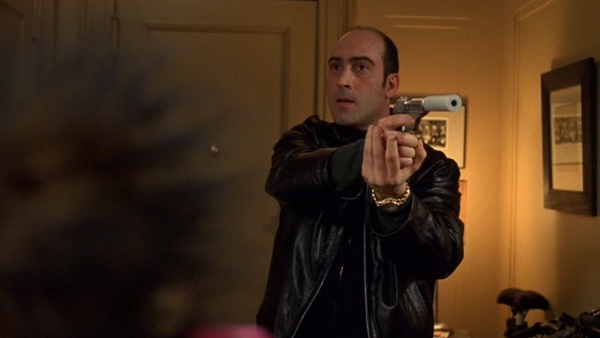 Johnny with his PPK. 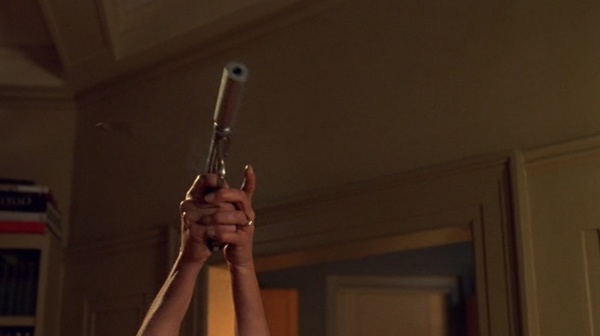 Gina fires a single shot from Johnny's suppressed PPK into the ceiling. 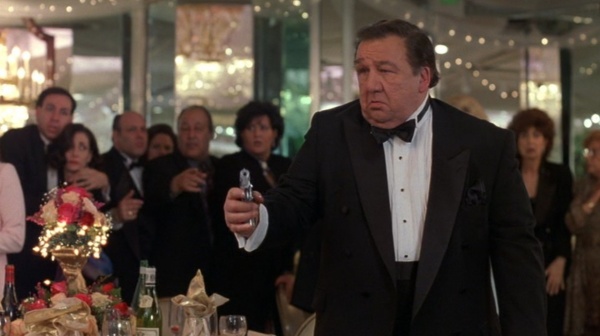 Vinnie draws his PPK at the wedding. 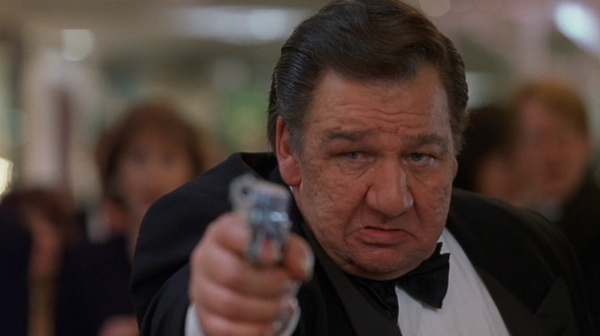 Vinnie aims his PPK at Gina.

Frank Vitale (James Caan) carries a Smith & Wesson 6906 during the shootout with Al (Vincent Pastore). He then gives it to Michael who drops it twice in the restaurant. 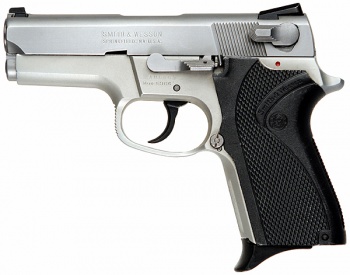 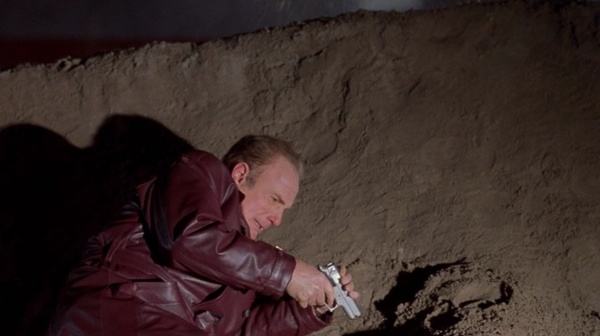 Frank checks his Smith & Wesson during the shootout with Al. 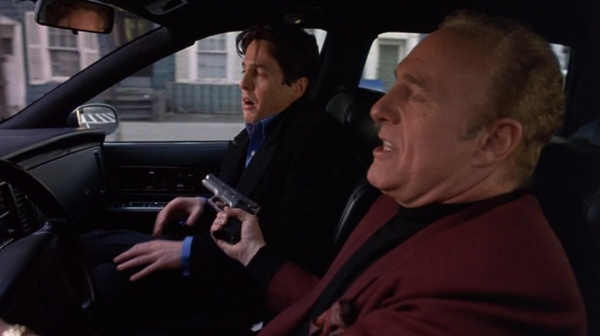 Frank hands Michael his Smith & Wesson to "look the part" of a mobster. 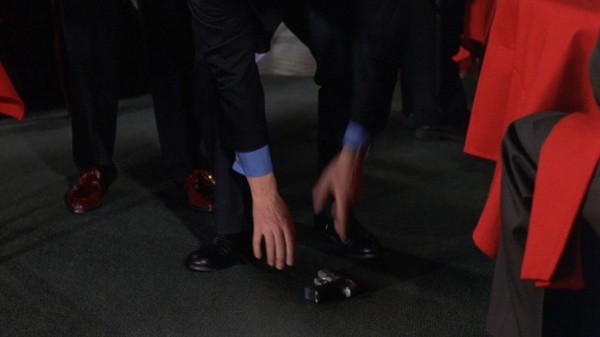 Michael drops the Smith & Wesson while trying to "Mexican carry" it.

Frank Vitale (James Caan) uses a Beretta 92FS when he "shoots" Michael Felgate (Hugh Grant) in preparation for the FBI sting. At the wedding, Frank is forced to hand his blank-loaded Beretta over to Vito Graziosi (Burt Young) in exchange for Vito's son Johnny's revolver. Most of the FBI agents at the wedding carry Beretta 92FSs as well. 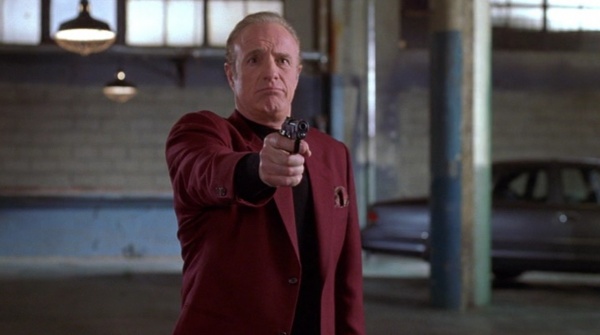 Frank aims at Michael in the warehouse. 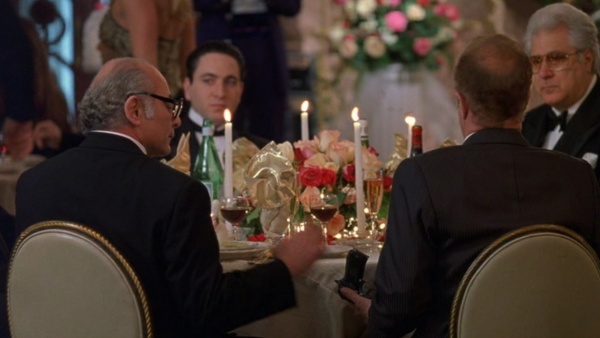 Frank hands his Beretta over to Vito. 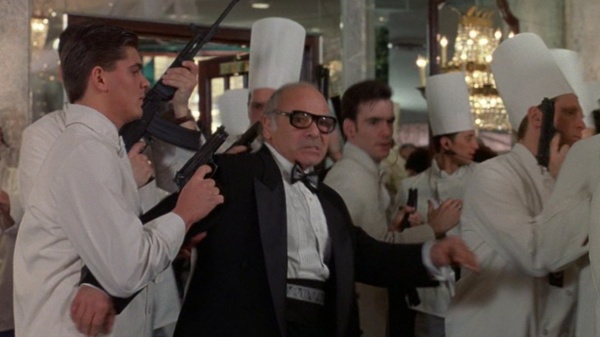 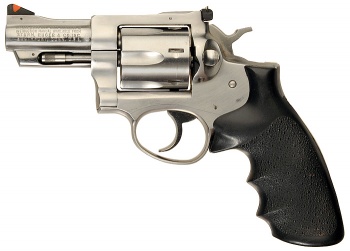 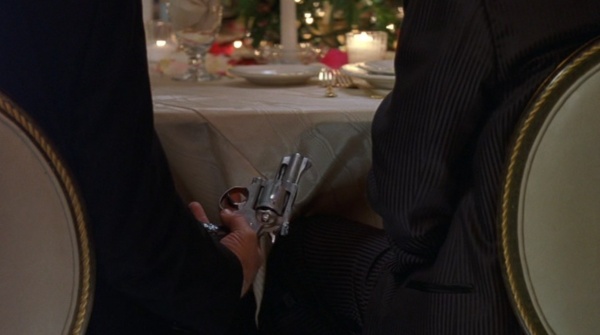 Vito shows Frank the gun he is to use. 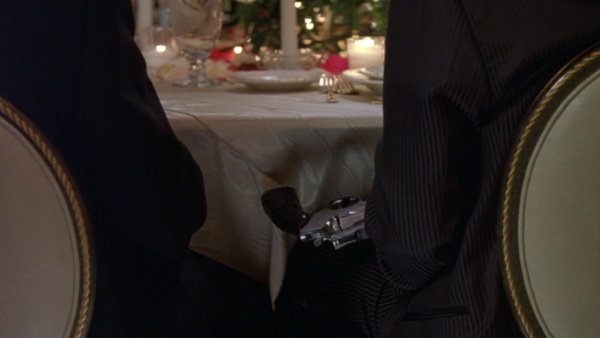 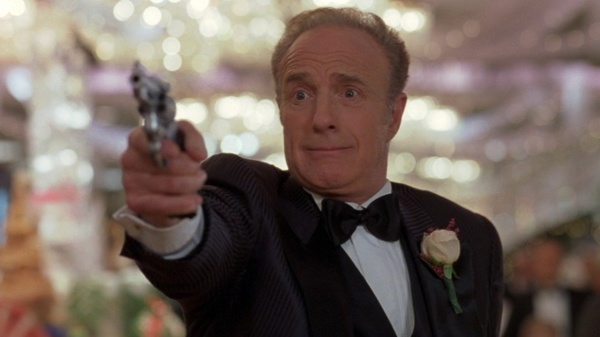 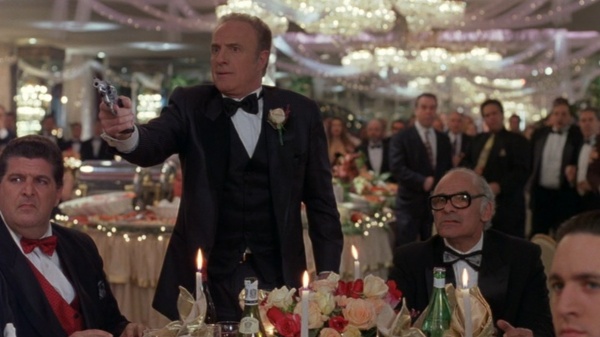 One of the FBI agents carries a SIG-Sauer P225, which he uses to "shoot" Vinnie. 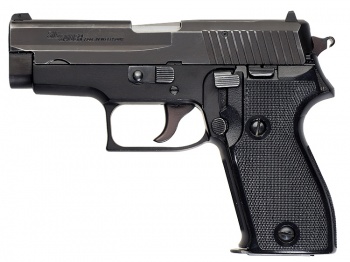 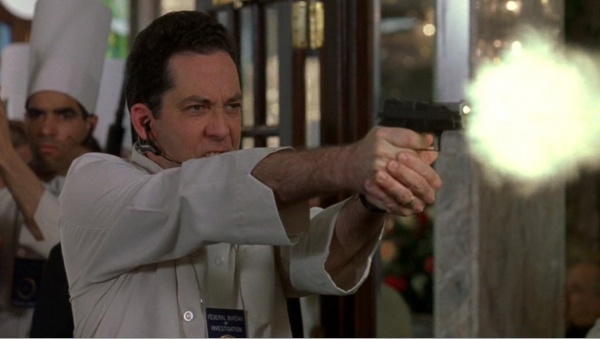 An FBI agent carries a Galil during the wedding bust.

An FBI agent with a Galil.
Retrieved from "https://www.imfdb.org/index.php?title=Mickey_Blue_Eyes&oldid=520865"
Categories: