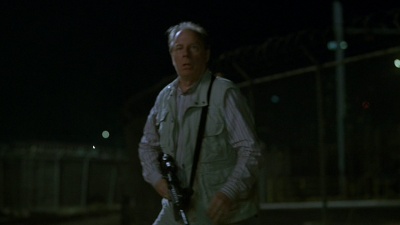 Michael McKean holds an M4A1 as Dr. Donald Metz in The Unit.

Michael McKean is an American actor who has appeared in such films and television series as 1941, The Unit, and Better Call Saul, but is perhaps best known for his role as Leonard "Lenny" Kosnowski in the television sitcom Laverne & Shirley.