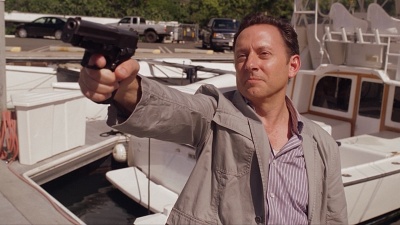 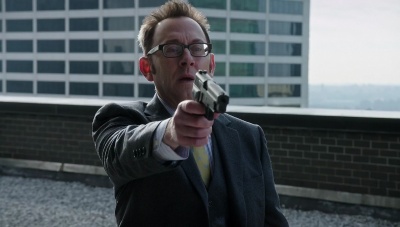 Michael Emerson holds a SIG-Sauer P226R as Harold Finch in Person of Interest.

Michael Emerson is an American actor well known to television audiences for his roles as Harold Finch in the series Person of Interest and as Benjamin Linus in the series Lost, the latter role for which he received two Primetime Emmy Awards for Outstanding Supporting Actor in a Drama Series. He also has appeared in such films as Saw and The Legend of Zorro as well as the series Boston Legal and Law & Order: Criminal Intent.