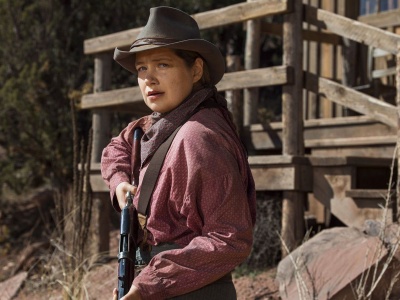 Merritt Wever holds a Winchester Model 1876 as Mary Agnes McNue on a promotional image for Godless.

Merritt Wever is an American actress well known to television audiences for her roles as Denise in the AMC series The Walking Dead as well as Mary in the Netflix series Godless. She also has appeared in such films as Michael Clayton, Righteous Kill, and Birdman.