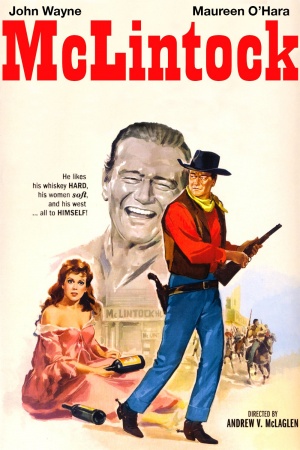 The following weapons were used in the film McLintock!:

George Washington "G.W." McLintock (John Wayne) is seen hunting with what appears to be a Double Barreled Shotgun.

A Colt 1878 double barreled shotgun with the barrel sawed down to short length is carried by several characters including Matt Douglas (Gordon Jones).

The Winchester Model 1892 is carried by several characters.