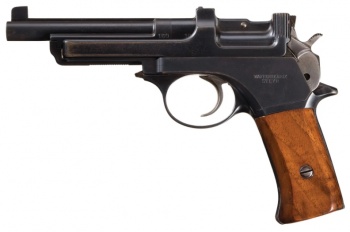 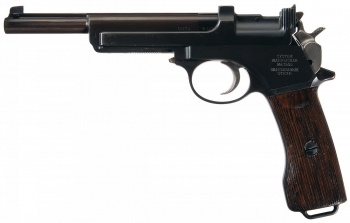 The Spanish firm Garate Anitua y Cia also manufactured the La Lira pistol, the improved copy of the Mannlicher M1901 for a brief period around 1910. It is was chambered for the .32 ACP (7.65mm Browning) round and used a detachable box magazine. The La Lira was also a simple blowback action instead the slight delaying mechanism of the original Mannlicher. Only 500-1000 of these pistols were made in total.

The Mannlicher Model 1905 and variants can be seen in the following films, television series, video games, and anime used by the following actors: