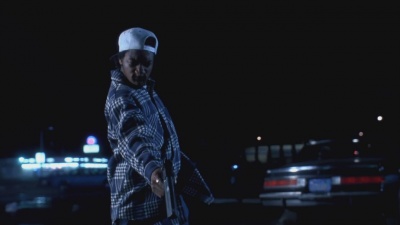 MC Eiht (real name Aaron Tyler; born May 22, 1970) is an American rapper and an occasional actor from Compton, California mostly known for his role as A-Wax in Menace II Society and voice acting as Lance "Ryder" Wilson in Grand Theft Auto: San Andreas and as himself in Grand Theft Auto V, as well as contributing for the soundtracks of aforementioned and Boyz n the Hood.