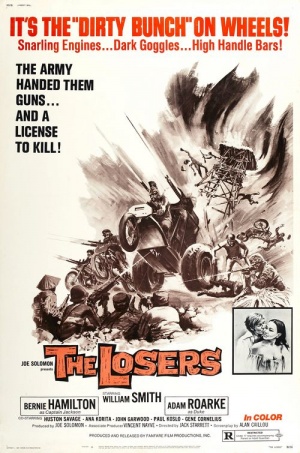 The Losers, A.K.A. Nam's Angels, (not to be confused with the 1989 movie Nam Angels or the 2010 DC Comics film), is a 1970 Vietnam War action film starring William Smith as head biker "Link Thomas" with Paul Koslo as "Limpy". The film follows a small group of Hell's Angels bikers who are recruited by the US Army to rescue an American CIA agent, (portrayed by the film's director Jack Starrett), from a NVA/Viet Cong military camp in neighboring Cambodia. The movie was shot in the Philippines and was based by an original script by novelist Alan Caillou.

Each of the bikers' motorcycles sport a Madsen M50 welded on the front of the bike. 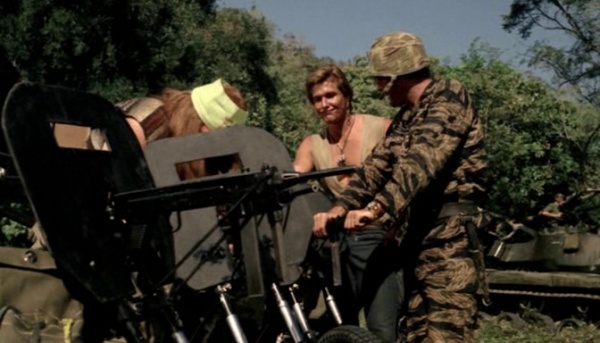 The leader of the biker gang in the middle, "Link" (William Smith), together with three of the customized Yamaha motorcycles, each fitted with a Madsen M50 SMG. 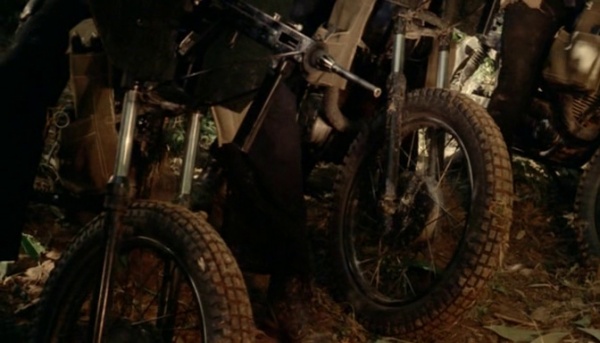 Second view of the bikes.

More than one Viet Cong/NVA soldier is seen with a PPSh-41 fitted with a stick magazine. 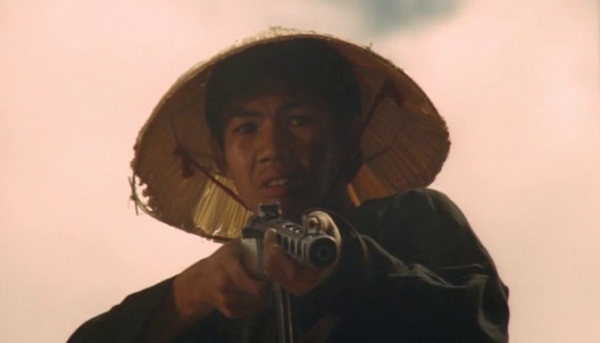 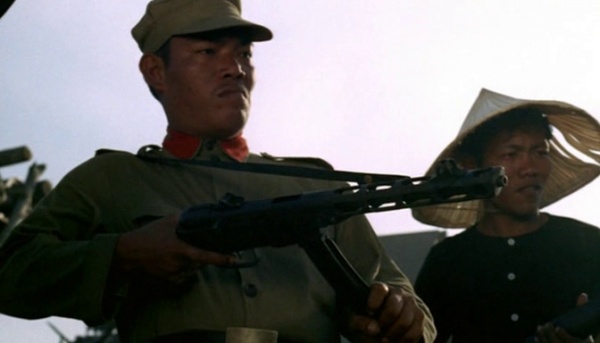 This time, a Chinese advisor uses the PPSh.

The biker known as "Speed" (Eugene Cornelius) uses a M1928 Thompson with a stick magazine during the movie's climax. 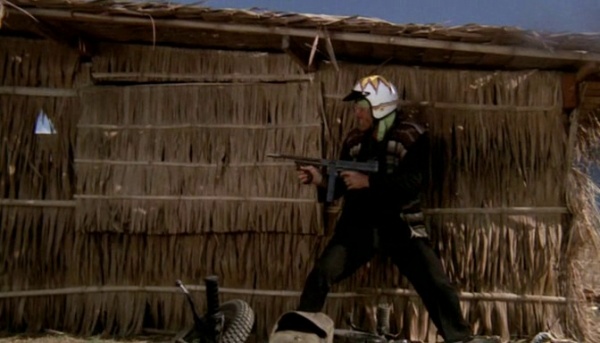 "Speed" firing his Thompson. Note the buttstock has been removed.

Several US soldiers are seen with the original M16 rifle.

The original M16, 5.56x45mm, the first version, firing in a 20-round magazine, adopted in large numbers by the U.S. Air Force in Vietnam. This has the original 3-prong flash hider. In February 1967, a new and improved version of the M16 rifle, named the M16A1, was formally adopted by the US Armed Forces in Vietnam. In 1969, the new M16A1 officially replaced the M14 rifle as well. 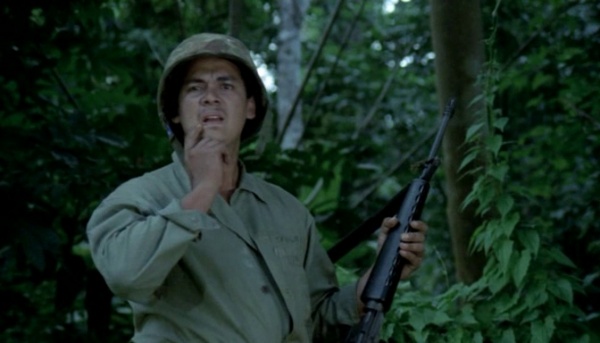 A US Soldier with an original M16. 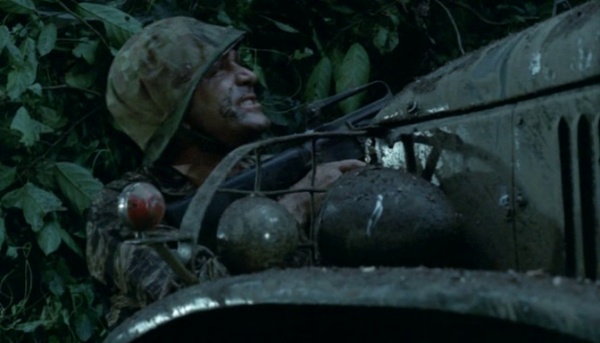 Sgt. Winston (John Garwood) with his M16. Note the lack of a forward assist. 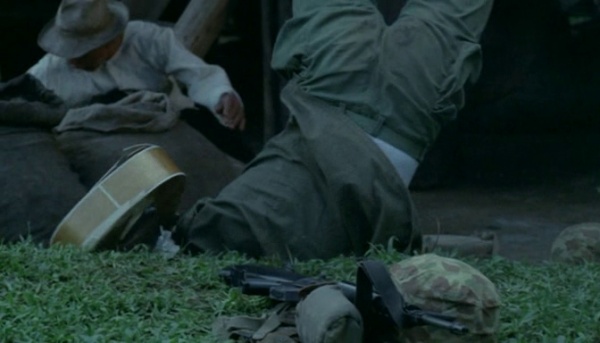 A US soldier has just been shot and is rolling backwards. Note the M16 with the 3-prong flash hider on the ground.

The M1 Carbine is seen in the hands of several US soldiers plus some Viet Cong. M1 Carbines with 30-round magazines are used by some American soldiers. 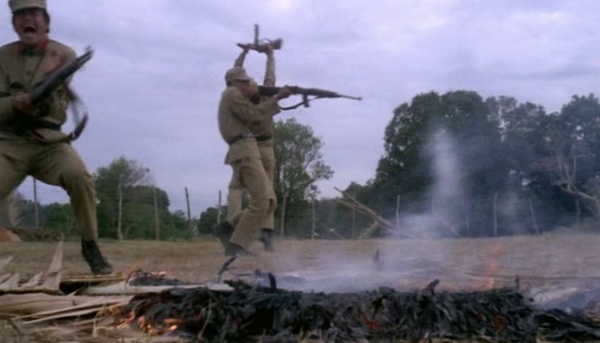 An NVA soldier with a M1 Carbine in a dramatic situation during the movie's climax. 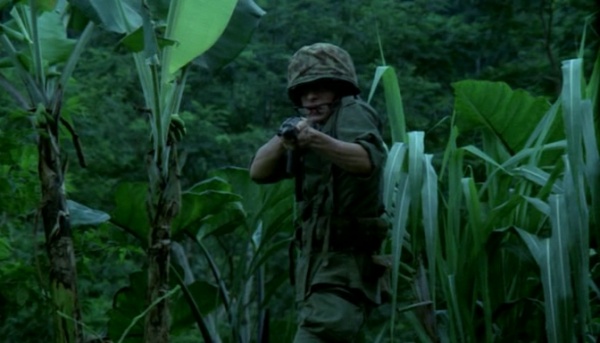 A US soldier with his M1 Carbine during the movie's intro. 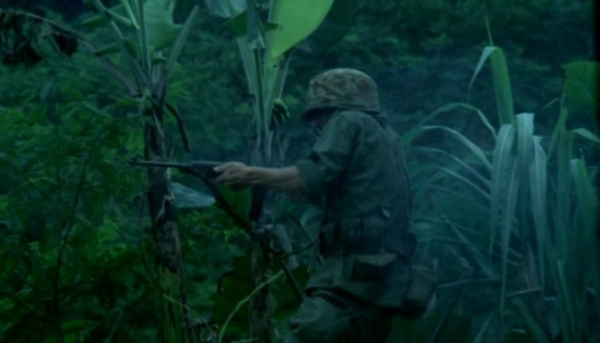 Second screen of the above soldier.

An NVA soldier is armed with an M1903 Springfield. 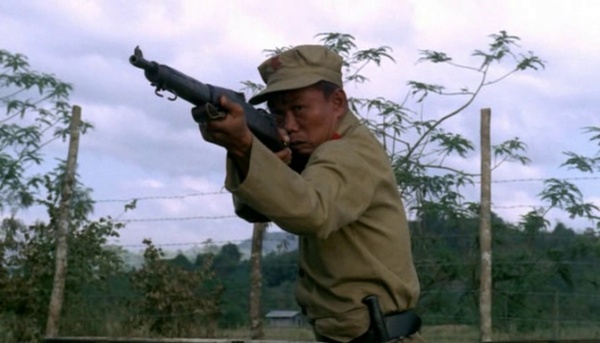 The NVA soldier firing the Springfield. 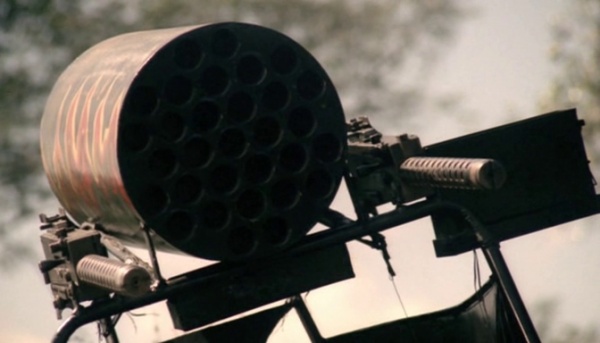 A pair of Brownings with an added rocket launcher in the middle. 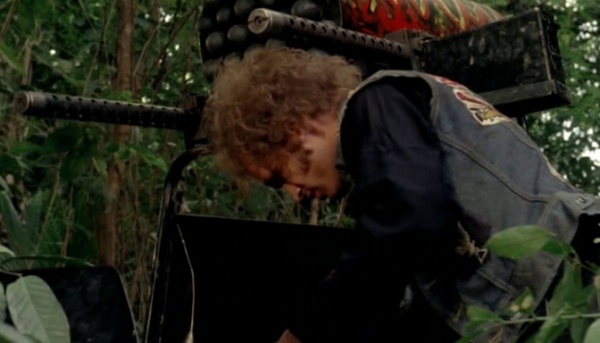 The biker "Limpy" (Paul Koslo) preparing his "wagon" before combat. 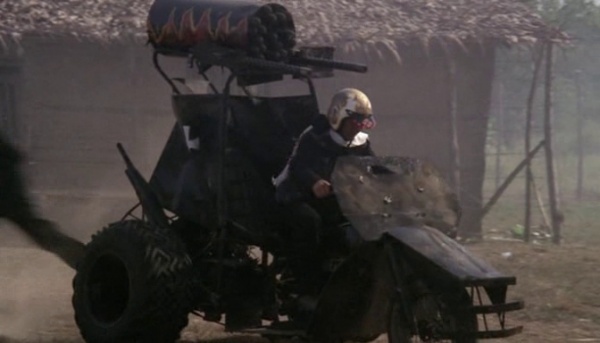 A full shot of the "hog-wagon". 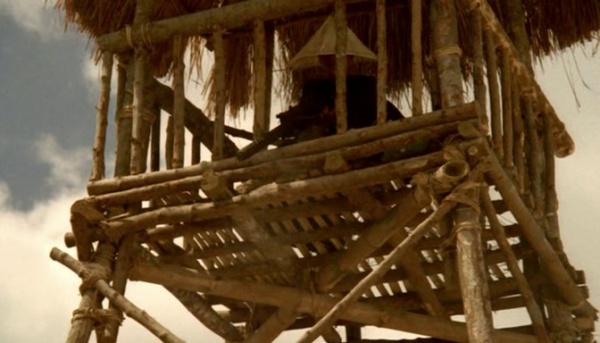 A VC is seen using an M1919 during the movie's climax.

A Browning M2HB is pintle-mounted on an M41 Walker Bulldog light tank. 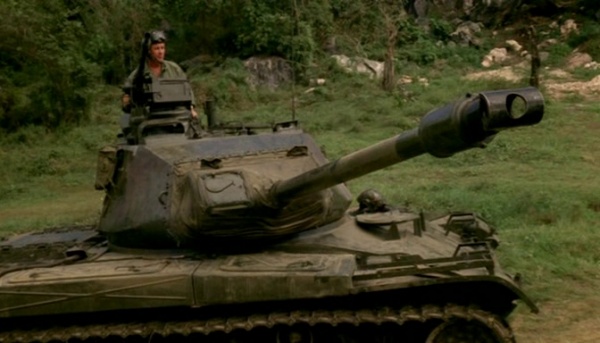 The M41's gunner mounting an M2HB 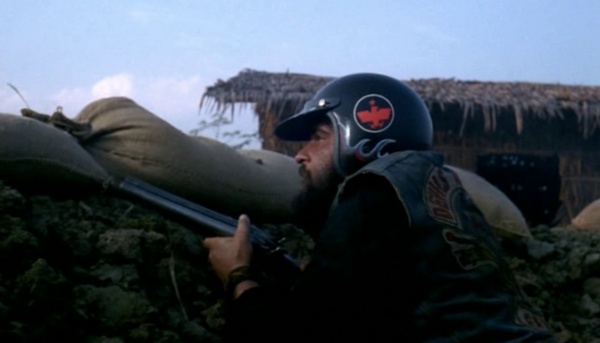 "Dirty Denny" with his shotgun during the movie's climax. 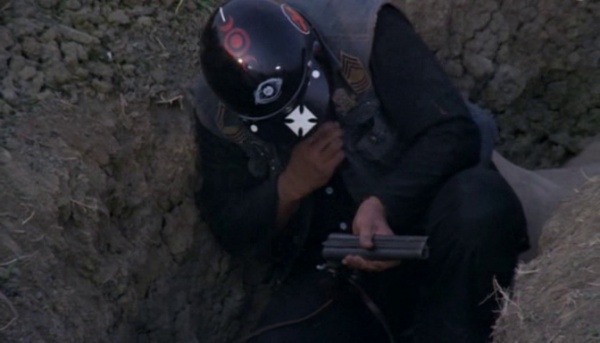 A US M41 Walker Bulldog giving fire-support to the gang as they advance into enemy territory.
Retrieved from "https://www.imfdb.org/index.php?title=Losers,_The_(1970)&oldid=1423214"
Categories: