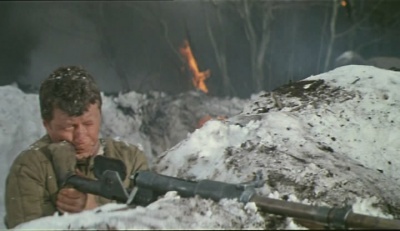 Leonid Bykov (1928-1979) was a Soviet Ukrainian actor and director, whose acting works made him an all-union popular and his directoral works Only Old Men Are Going to Battle and One-Two, Soldiers Were Going... are often considered being among the best Soviet war films and gained cult following (as well as his other works as a director).