Lebanon is a 2009 war film written and directed by Samuel Maoz, based on his experiences as a 19-year-old conscript in the IDF during the 1982 Lebanon War. It is notable for being set entirely inside an Israeli Centurion Main Battle Tank. Set during the first day of the war, the tank is dispatched with a platoon of Israeli paratroopers led by Gamil (Zohar Shtrauss) to clear out a small town. As the mission goes wrong, the men in the tank suffer from heat exhaustion, frayed nerves, claustrophobia and each other.

The following firearms are seen in the 2009 film Lebanon:

A Christian Phalangist (Ashraf Barhom) is armed with an IMI Uzi as he talks to IDF soldiers and the tank crew. 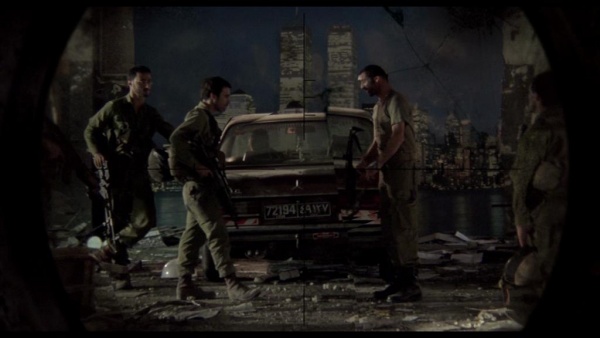 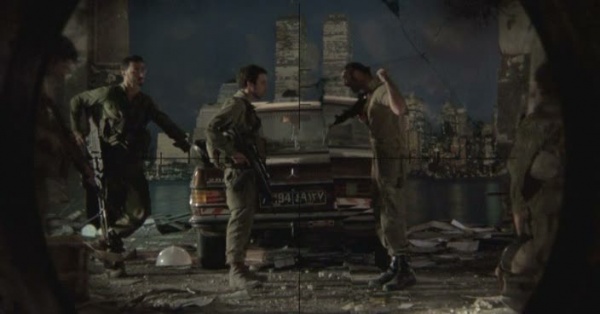 The Phalangist slings his Uzi as he talks to Gamil.

An IDF marksman uses a IMI Galil AR fitted with a telescopic sight. 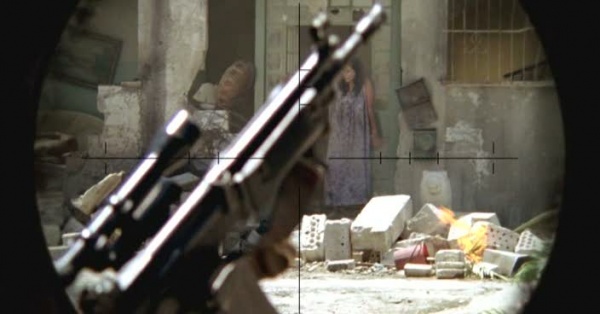 An IDF's marksman's Galil is seen as the tank moves through the town. Note the magazines taped "jungle-style". 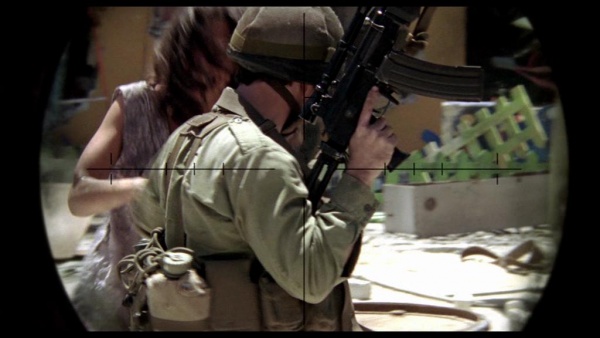 The marksman is confronted by a hysterical Lebanese woman.

Most of the IDF paratroopers in the film use the IMI Galil ARM, the light machine gun variant of the rifle. 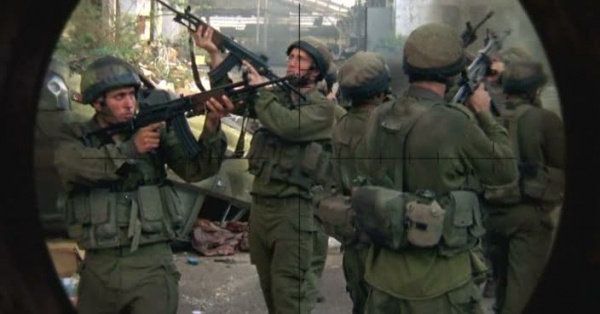 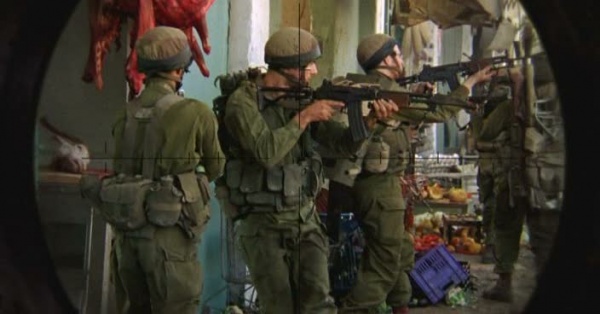 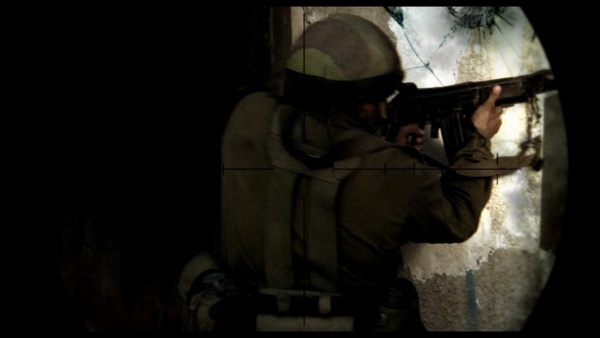 An IDF paratrooper on watch with an ARM. 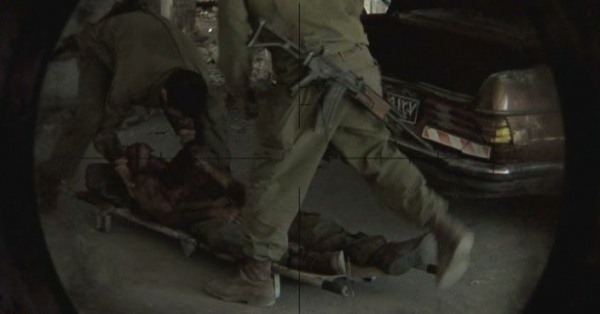 The carbine variant of the Galil, the IMI Galil SAR, is used by the leader of the IDF paratroopers, Gamil (Zohar Shtrauss). 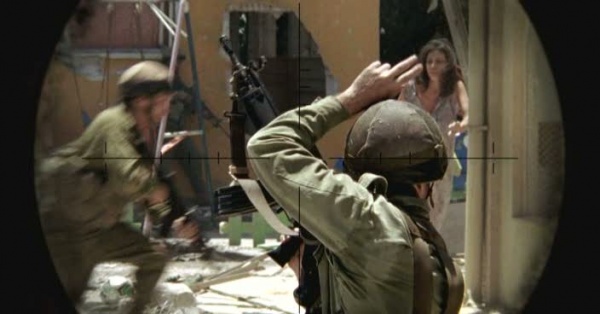 Gamil orders his men to advance. 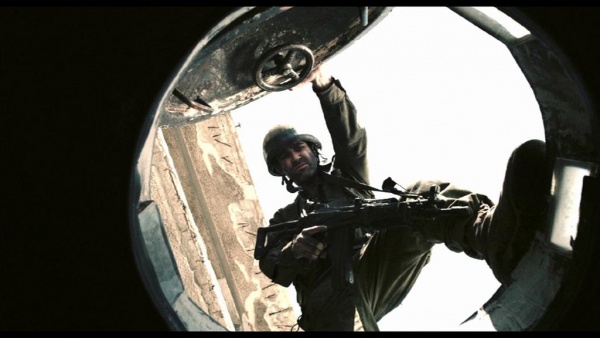 Gamil stands on the hatch of the tank with his Galil SAR.

Palestinian fighters use the AKMS in engagements with the IDF. 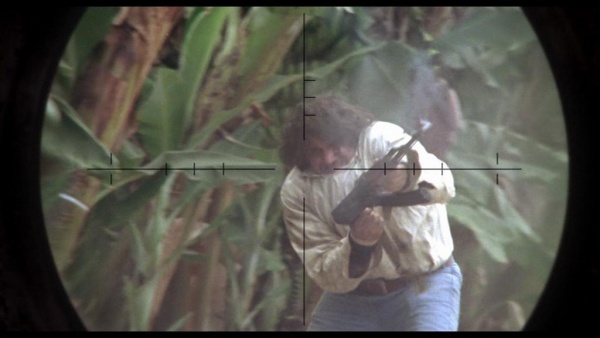 A Palestinian opens up on IDF Paratroopers with an AKMS. 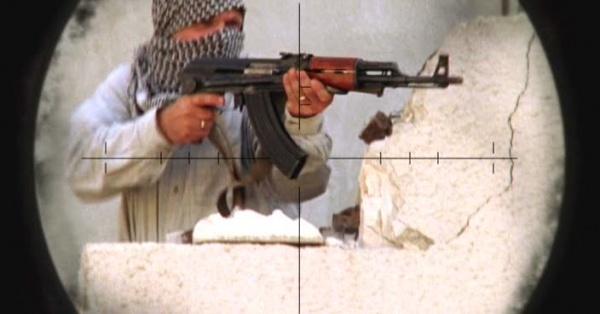 A Palestinian opens up on the IDF soldiers with his AKMS. 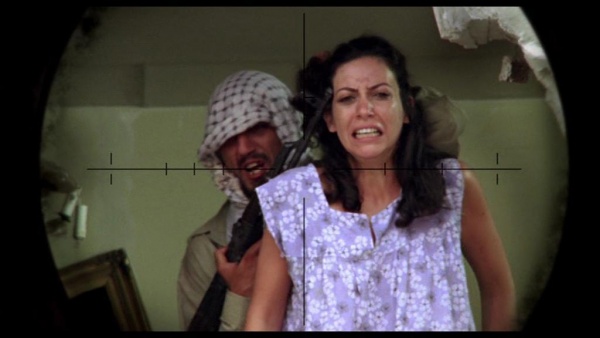 A Palestinian holds an AKMS on a hostage. 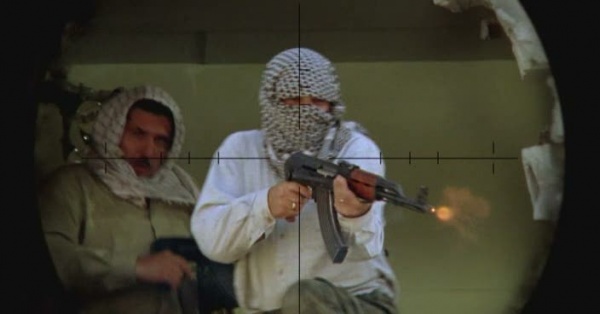 A Palestinian fires an AKMS at the Israeli troops before being mowed down by the tank.

An IDF Paratrooper uses an M21 Sniper Rifle in the town. 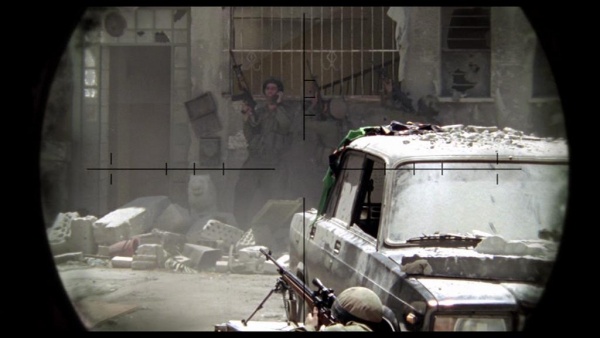 An M21 Sniper Rifle sits deployed on a bipod next to a car. 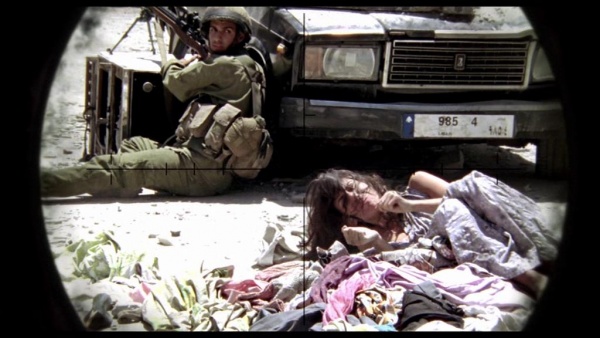 The tank gunner moves his sight, giving us a look at the sight and magazine.

FN MAG 58 machine guns are used by some of the IDF Paratroopers. Another MAG is also mounted on the tank's turret, although it is never used in the film.

A paratrooper holds a FN MAG while Gamil talks to the Phalangist. 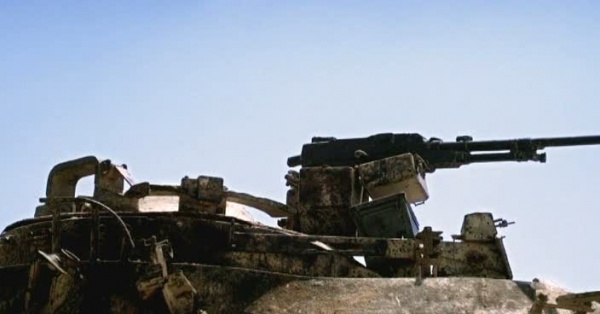 Although seen at a distance, a Syrian soldier (Dudu Tassa) fires a RPG-7 at the tank, damaging it before being captured by Israeli forces. 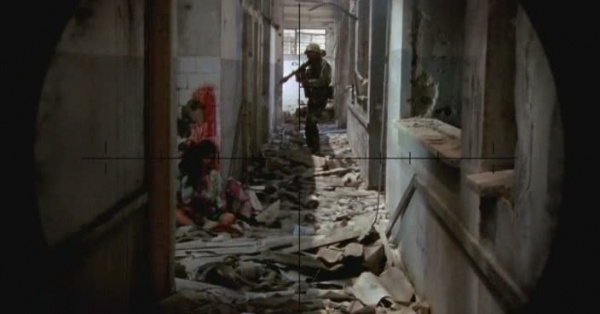 The Syrian soldier prepares to fire a RPG-7. 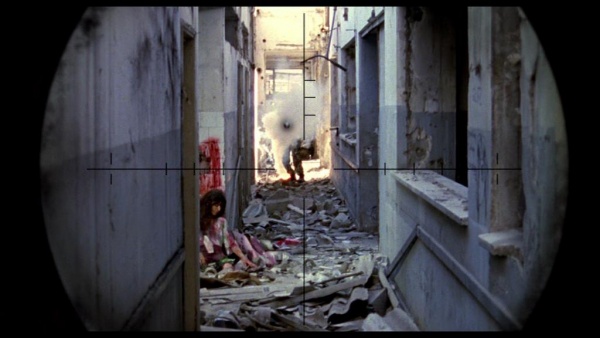 The RPG in mid-flight.
Retrieved from "https://www.imfdb.org/index.php?title=Lebanon&oldid=815012"
Categories: